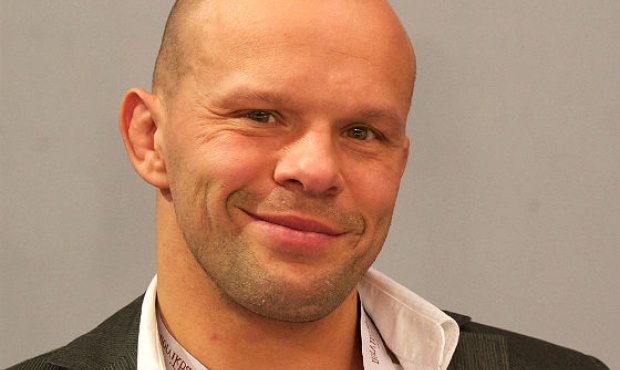 As we earlier reported on our website, the reporting Congress of the European SAMBO Federation will be held in the Municipality hall of Crema (Italy) in the near future, namely on May 17, on the eve of the European SAMBO Championship. SAMBO managers of which country will attend the Congress having the same membership, but in a different status? You can find the details in our today's report.

Exactly one week before the start of the major continental European SAMBO Competition in Italy, there were elections to the board of the Association of Latvian SAMBO clubs held in Riga (Latvia). Prior to this date, this organization had the following top officials: President - Andrei Biryukov, Vice President - Vsevolod Zeleny.

Andrei Biryukov headed the Association of Latvian SAMBO clubs since 2003. During his presidence Latvian SAMBO was actively developing and it was developing in various fields: in the field of sports and in the organizational field as well. The list of sporting successes includes Latvian medals from the 2011 World Championship, as well as two silver medals won by Latvia at the Estonian European Cadet Championship 2012 (there are no World SAMBO Championships for this age group yet).

In terms of its organizational successes SAMBO specialists remember Latvia for its professional staging of the World Youth and Junior SAMBO Championships in 2011. Then almost everything - from accreditation to the advertising campaign of the competition –was organized in a stylish and professional way.

Vsevolod Zeleny is a well-known person in Latvia. And not only for his sports results (winner of the Sydney Olympic Games in judo, winner of the European and World Championships), but also for his organizational achievements - for several years he has been the second person in the Judo Federation of Latvia (General Secretary) and for over 12 years he has been the head of Riga Judo School named after him.

"What shall we expect in Latvian SAMBO after your coming to power?" - we asked Vsevolod Zeleny.

Here is what a newly elected President of the Association of Latvian SAMBO Clubs replied: "We will set our priorities in a slightly different way in our work now. We will focus on the youngsters - youth and juniors. I am sure, for us, this is the reserve that we can support and motivate to achieve serious successes in the very near future".