SportAccord Convention in Sochi: the cherished "seven" guests at the FIAS’s stand at the exhibition of the summit of world sport and business 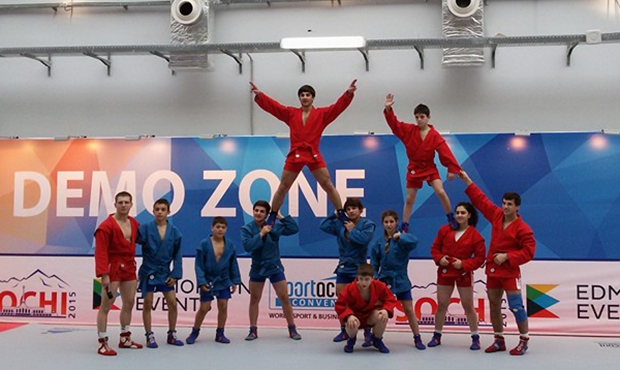 Speaking to the journalists after the summit, the head of SportAccord Marius Vizer said: "I hope that during this interesting week we all have achieved some results and each of us has changed what he does and changed themselves for the better". We still have to evaluate the results of the convention, but for now we present to your attention our vision of the most interesting and important visits to the FIAS’s stand.

He's only one year old, but he changed his cap to the one with the FIAS logo with his mother’s help. The cap turned out too big for him but he refused to take it off and neither did he want to leave Fedor Emelianenko’s figure. 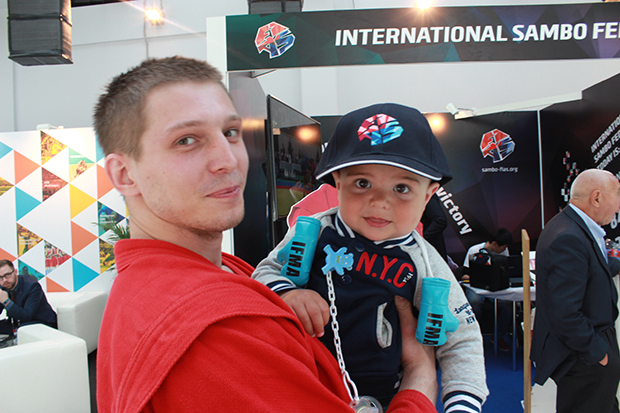 President of the SportAccord, head of the International Judo Federation (IJF) Marius Vizer

Greetings and hugs, a sincere conversation and the answer to a proposal to take a photo with the figure of Fedor Emelianenko: "No thanks, I want to be photographed with Vasily Shestakov." 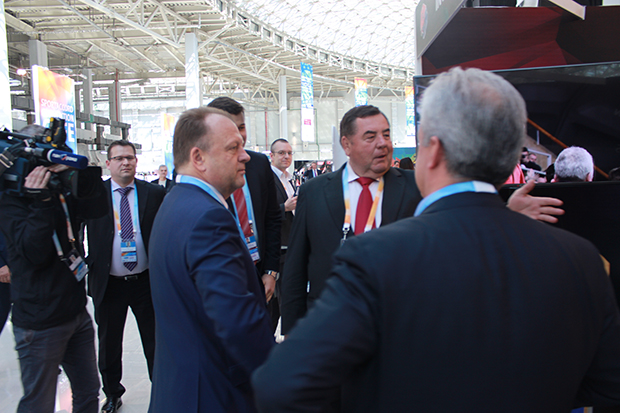 Earlier Stephen was elected president of the AIMS, Alliance of International Federations - members of SportAccord unrecognized by the IOC. Stephen, whose stand was right next to the FIAS’s, gladly got into a fighting stance and posed for photographers accompanied by numerous cheers of his colleagues and sambist friends. 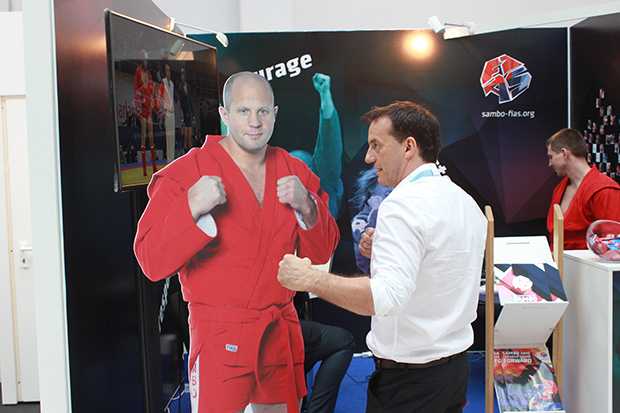 A well-known judoka in the past and a successful sports functionary now, he looked at the FIAS’s stand with great interest. Fortunately, there were many topics to be discussed between him and FIAS President Vasily Shestakov: sambo recognition in Asia last year, the upcoming Asian Indoor Games and Martial Art Games in Ashgabat and a lot more. 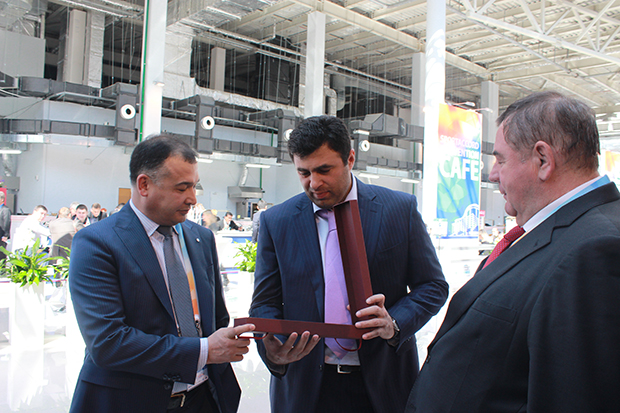 José Perurena was elected President of IWGA during the SportAccord Convention 2014 which was held in Belek, Turkey. During the meeting with him FIAS management discussed the prospects of sambo within the organization as well as ways to promote sambo in the program of the World Games. 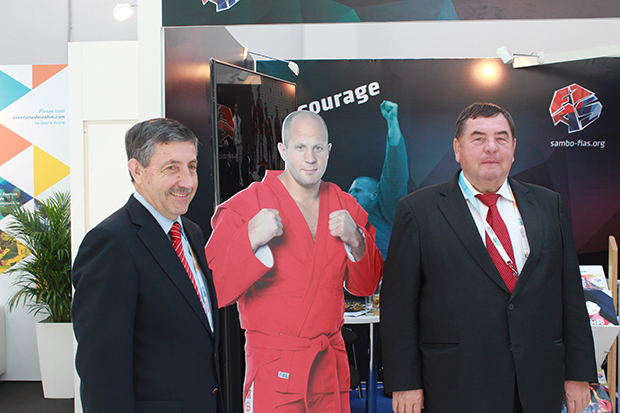 Now there is a lot of talk about the European games, but last year's success of sambo in Asia still haunts us. In Sochi, Vasily Shestakov discussed with Alamzhon Mullaev the Asian Sambo Championship that will be held in September in Ashgabat and will be a test event before Asian Games in Enclosed Spaces and Martial Arts-2017. 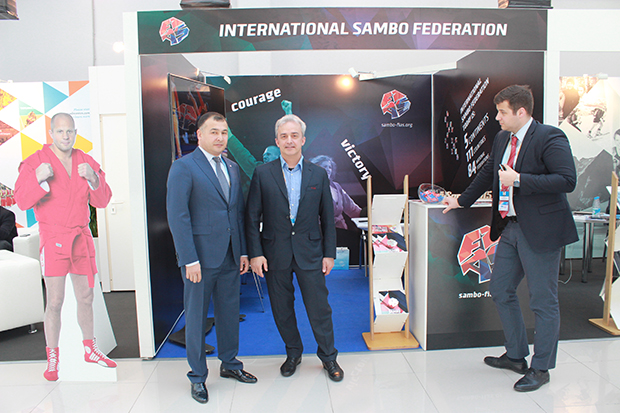 Thanks to his charm, charisma, pedagogical and professional coaching skills Ivan became the favorite of the two categories of visitors of the exhibition: the ladies and children. The first category we do not discuss given the marital status of Ivan, but we will say a few words about the kids. 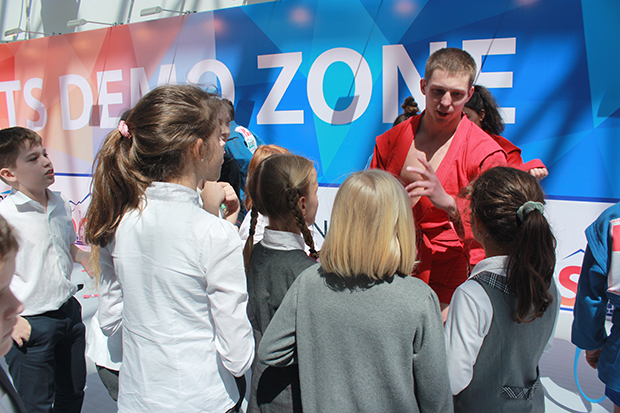 Thanks to the master classes and demonstrations organized under the leadership of Morozov in the demo zone for 4 days the number of students at local sambo schools and clubs has increased dramatically and will grow further. Straight from the Expocentre the kids, happy and content after the classes in sambo-zone, called their parents and asked them to sign them up for sambo practice.