A. Kharlampiev Memorial World Cup Stage: participants' spirit on the eve of the competition 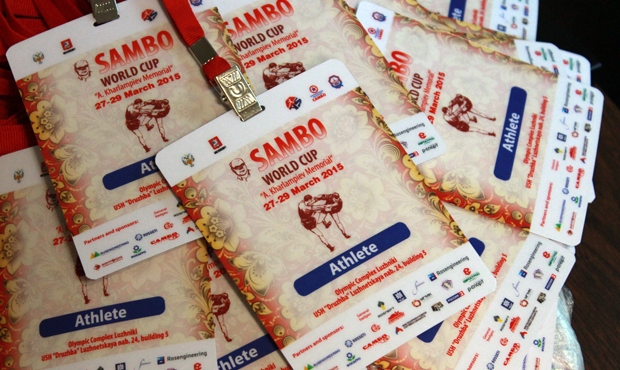 Less and less time is left before the A. Kharlampiev Memorial World Cup Stage start in Moscow. As early as tomorrow at 10:00, Moscow time, the combat sambo competition and competition among men and women sambo athletes will commence. On the eve of the tournament our team visited the Holiday Inn Sushchevskaya hotel that accommodates the majority of the participants of the competitions, and found out the spirit of the athletes preparing to the World Cup.

Guess what is of the highest value for sambo athletes on the eve of participation in a large tournament? Possible variants are plenty in numbers, but athletes preparing to A. Kharlampiev Memorial World Cup Stage unanimously voted today for scales. Just after checking-in to the Holiday Inn Sushchevskaya hotel they started to look for the signs indicating the way to scaling rooms with enthusiasm of compulsive gambler and persistence of the most determined man. Many athletes are already used to lose weight before competitions, but hardly anybody finds it pleasant.

This makes the decision of the Head Coach of Kazakhstan national team Kairat Turaruly as regards to the sambo athletes of the team even more humane. 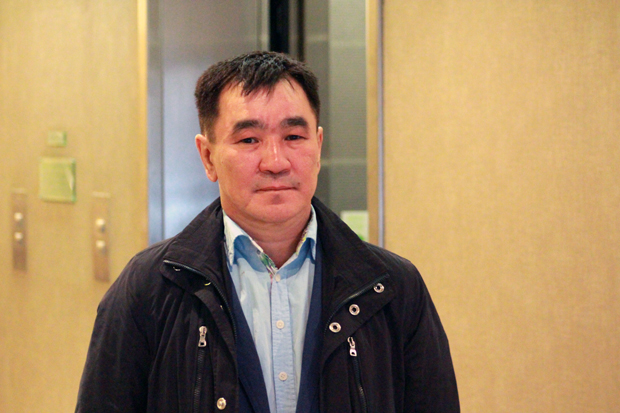 “Not all the leading members of our national team arrived to the World Cup in Moscow, some sambo athletes got an opportunity to take a rest — so that they don't have to lose weight again,” the Head Coach of Kazakhstan national team said in his interview to the FIAS website. “As regards to our goals for the tournament, our intent is to win one golden medal in each men and women competition, and combat sambo competition. After the tournament the entire team will stay in the training camp, where sambo athletes from all over the world will experience sparrings. The Kazakh athletes are interested in gaining experience in the par terre wrestling.”

Words of the coach are confirmed by Kazakh sambo athlete Azhar Kenbeil that is full of revenge mood. 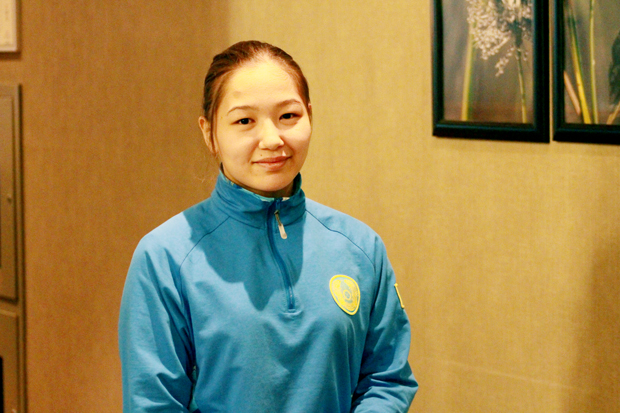 “Unfortunately, I missed the training camp that was arranged in Kazakhstan after the World Cup stage this year because of an injury. I will do my best to catch up in Moscow,” the athlete said. “Once I’ve already performed at the A. Kharlampiev Memorial competitions, it was in 2013, and I lost in the 1st game. My competitor used a tricky tactics — she allowed me to make a through to switch to par terre wrestling, and then she used a submission hold. This year I’m going to gain revenge as during two years of various competitions I obtained certain experience.”

President of the Turkish Federation of Sports and Combat Sambo Gadir Mammadov relies on the experience of Turkish sambo athletes. 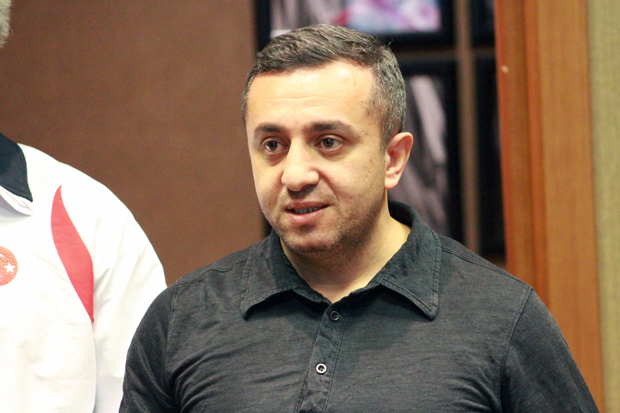 “Our team consists of two athletes, and both will wrestle in the weight category up to 74 kg: one in the sports section, and the other in the combat section. Three years in a row they take part in the Europe and World Championships. They have vast experience that is why our hope is that they are able to achieve high results,” Gadir Mammadov comments. “Our athlete that will take part in the A. Kharlampiev Memorial Sports Sambo Competitions will also participate in the European Games in Baku. There is a special program aimed at preparation to Baku-2015 that includes several gatherings in Turkey and Azerbaijan. There is enough time for preparation that is why good results are expected.” 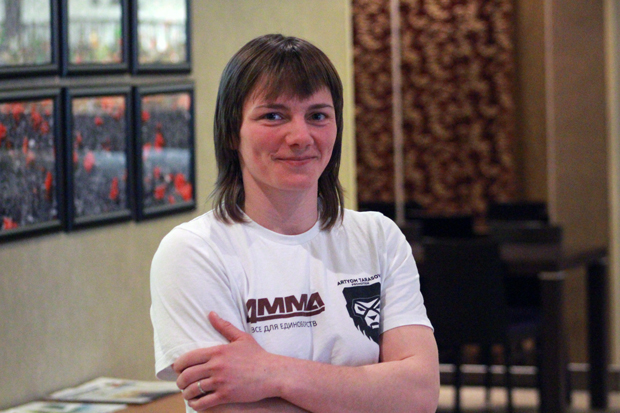 “Coaches constantly remind us of the need to get prepared to the European Games, as this is an important tournament. But for me this is a too distant perspective, at present all my thoughts are about A. Kharlampiev Memorial World Cup, then there will be the European Championship, and after that the European Games in Baku. However, the preparation to Baku-2015, at least on psychological level, is already ongoing,” Ekaterina said in the interview to the FIAS website. “In my opinion, competition at the World Cup in Moscow will be more intense than at previous international contests — the World Cup Stages in Kazakhstan and Belarus. I think there will be many countries and many participants. This year at the World Cup Stage in Minsk the sambo competitions among women were held for the 1st time. This was our dream for a long time, and this was also offered to the management. Finally, the dream came true.”

Another innovation of the year that affected the entire sambo world was also estimated by Ekaterina as a positive one.

“Changes in the rules resulted in no serious difficulties for athletes. However, now one has to be more active, otherwise the judges will punish. I think this makes sambo more interesting for spectators. It is especially visible that the clear lead can be achieved for 8 instead of 12 points. The main changes in the rules were presented to us by the coaching staff, and details are available at the FIAS website,” the sambo athlete said. 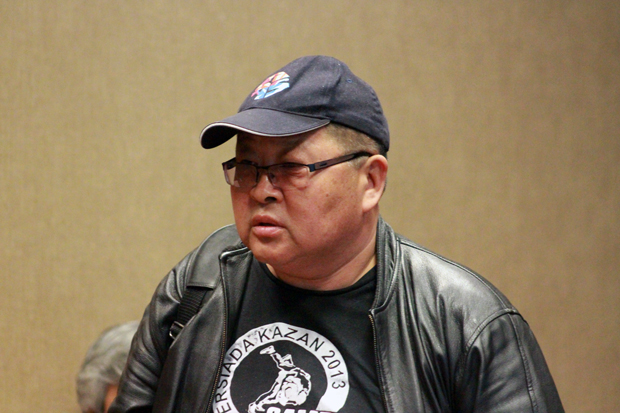 “Recently there has been no separate World Cup competition. Previously it was divided into stages. Now countries provide just one athlete in each weight category. This means, that only the leading athletes will take part in the event. However our intention is to win medals at each tournament, thus in Moscow every effort will also be made to win a medal,” the Head Coach of Kyrgyzstan national team said. “The A. Kharlampiev Memorial competition is the second international competition for us in this year. The team performed at the World Cup in Kazakhstan, and won a silver medal and two bronze ones.”

Some sambo athletes from Spanish national team will represent the team outside of the country for the first time. In their interview to the FIAS website Irene Martinez, Maria Fernandez and Aurora Fajardo told about their experience in sambo competitions. 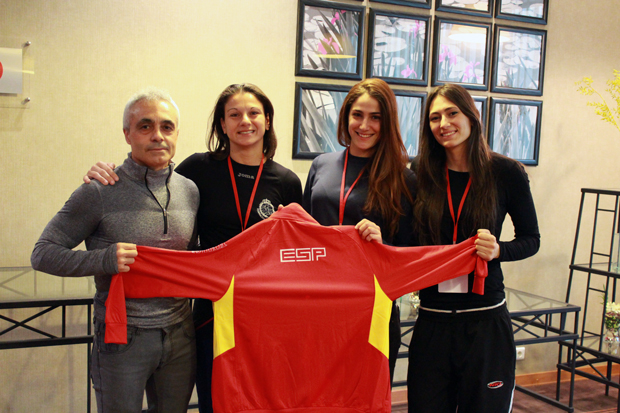 “Last year I was the third at the Junior European Championship at Caceres in Spain. The World Cup in Moscow is the first competition outside of Spain,” Irene Martinez said.

“This is my first year in sambo, but I’ve already become the champion in this sport in Spain. In fact, I have been a judo athlete for approximately 15 years, and have never participated in competitions abroad. Due to sambo I will represent the country at the World Cup,” Maria Fernandez continued.

“My experience in sambo is more than 10 years. I have even won the World Championship. However, later my results were not that impressive, and I didn’t take part in large international competitions. Now this is no longer that way, and I’m going to take part in the World Cup in Moscow,” the most experienced Spanish sambo athlete Aurora Fajardo said.

Speaking about the tasks for the tomorrow's tournament, the Spanish athletes say:

“The goal is to win. Not necessarily to win medals, but to win each combat. The tournament is very serious, thus, first of all, it will provide experience for further development.”

The World Junior Championship Champion, finalist of the 2014 World Championship in Japan, four times Sambo Champion of Asia Khushkadam Khusranov from Tajikistan was brief in his speech: 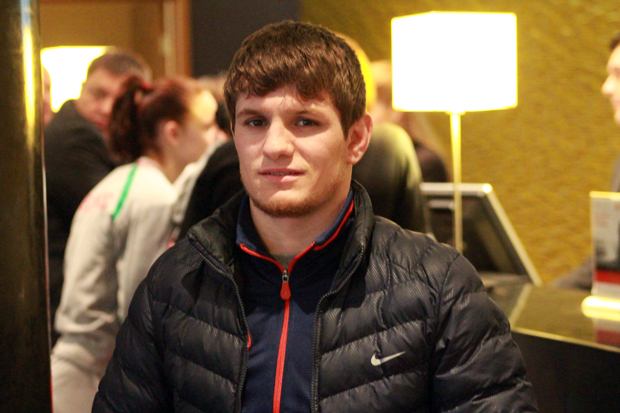 “I’ve already took part in A. Kharlampiev Tournament. At present I am functionally and technically prepared. Insha Allah, I will win a medal. I would like to win a golden one.”

Results of the athletes from various countries will be available tomorrow, after commencement of A. Kharlampiev Memorial World Cup Stage. All the combats will be broadcasted online at the FIAS website. Don’t miss the start at 10:00 (Moscow time) tomorrow.