SAMBO Cup of the Russian President Vladimir Putin in Japan: all the results, some interviews and several features of Japanese SAMBO 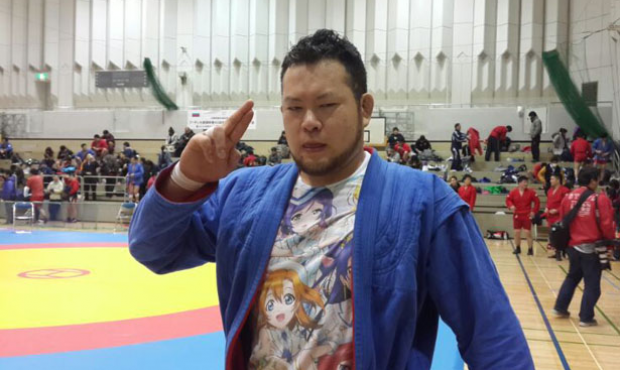 What record did Japan cut on the eve of SAMBO start and who won prizes for the best technique, as well as an interview of some Champions of the Tournament and their thoughts about the World Championship upcoming in November in Narita.

Today the Cup of the Russian President Vladimir Putin, the 40th All-Japan SAMBO Championship started in Yokohama, the second largest city in Japan after Tokyo, located 50 km south of the capital of the Land of the Rising Sun. This year the tournament is held in the course of the year of Japanese-Russian exchanges in the field of martial arts and with the support of the Japan Russia Youth Exchange Center. Originally SAMBO Tournament start time was registered as 10:00. But moods of weather interposed in the competitions schedule. 27 cm of snow that covered cities of Japan with powerful fallout (the last time there was such powerful fallout 20 years ago) slightly changed the organisers’ plans. But here the Japanese nation, famous in the whole world for its punctuality and discipline, also approved itself clearly and calmly. The organisers, having foreseen potential difficulties on the roads, warned all the participants in advance and the competitions were moved to 12:00.

So, it’s noon and the Tournament started exactly to the minute. There were over 100 participants in 9 male and 8 female weight categories at the Opening Parade. among the athletes who fought for the medals of the Tournament today there were those Japanese athletes whom the whole SAMBO world already knows: Kota Eto, the silver medalist of the Universiade in Kazan, Rui Takahashi, who won the silver medal at the World Championship in St. Petersburg and the golden medal of the 2013 Universiade, and Shigeyuki Uehara, who stopped a step away from the podium and became the fifth in the main student start for the last four years in 2013 in Kazan.

Here in Yokohama the Japanese SAMBO leaders proved once again that they are the best. Eto and Takashi won gold medals in the weight categories of 68 and 72 kg respectively, and as for Uehara, he tried himself in the heavier weight category and also became the first in the weight category of 100 kg. Kota Eto also won an additional prize – a crystal cup “For the Best Technique”.

After the Awarding Ceremony we managed to have a little chat with Kota who has fought three bouts today, and his lovely over the back throws were appreciated by the “crystal bonus”.

“Today it was very difficult to fight, I know all my rivals well and they know me accordingly. And it’s always difficult, so I’m happy to win”, – Kota comments on his performance. When asked if his home walls help or “beat” him at the World Championship in Narita, he confidently replied: “It will certainly give me energy, I will fight fully extended and try to win the highest award for my country”.

But Yoka Majikawa, the current champion in the weight category of 48 kg, who also became the winner of a crystal prize for the most technic female SAMBO athlete of the Tournament, told about herself as follows: “Just recently I retired from judo, and, frankly speaking, didn’t plan to continue fighting. My coach suggested me to take a try at SAMBO, I liked it a lot – interesting fighting, without abridgement and very diverse, especially par terre. I rejoice at my golden medal greatly, now I understand that I will continue to train SAMBO. Cool sport!”

The main heavyweights’ fight of the day turned out to be bright. Tomoyuki Oka, by the way, the champion of Japan in free-style wrestling and a participator of the Universiade in this sport, though won only on points, stuck in all the audience’s memory today by very confident and uncompromising manner of conducting a bout. In addition, he rejoiced at his victory so emotionally, bright and loudly, that it would have been simply a journalistic “crime” not to approach him for an interview. Having worn a T-shirt with funny animated images of girls participating in the musical group whose fan Tomoyuki is, emotional and lively, he said in a draught: “Being at the Universiade in Kazan I visited SAMBO Tournament, which I liked so much. I am fond of SAMBO, because it’s such a mix of karate, wrestling, judo and jiu-jitsu. I like the Russian athletes Alexander Karelin, a great wrestler, and Fedor Emelianenko, it’s keen pleasure to watch his bouts in mixed martial arts tournaments. I like SAMBO for the diversity of its technique, but still I am fond of freestyle wrestling most of all, and in the future I see myself a professional of the MMA tournaments”.

On our own part, saying goodbye to Tomoyuki, we congratulated him once again and gently hinted that if he connects his future with mixed martial arts, he is absolutely prohibited to forget about SAMBO, because his favourite Fedor Emelianenko is originally from there. In response the cheerful heavyweight smiles at us and twinkling, fends: “See you at the World Championship in Narita!”

All the participants of today’s Tournament recalled about the 2014 World SAMBO Championship. And even though these events weren’t qualifying for the main SAMBO start (evaluations will be held at summer national championship), motivation, desire and charging state of all participants of the today’s start to represent Japan in this Tournament were “read” easily and immediately. It means that there will be contest. And where it is, there will be also the result which we wish for the strongest and most hardworking athletes to achieve.