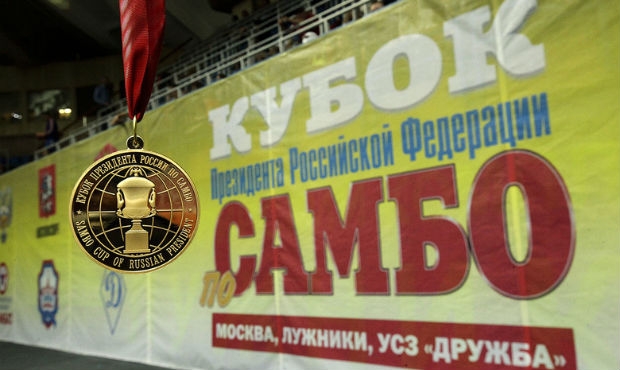 A year ago, the famous President of Russia’s Sambo Cup changed its traditional international format and took place among national security agencies of Russia. This approach was considered by the organizers to be a success, so this year Russian security forces will again be fighting for the President's Cup. But this does not mean that the competition will be less entertaining as it is a well-known fact that many current world and European champions are military men, and therefore the audience should prepare for sambo of quality and bouts of high class.

According to the statement of the Russian Federation President's Cup, the tournament is to be held in Moscow all-purpose sports hall "Druzhba" on September 11. In the team competition "wall on wall" type will participate real men representing Russian law enforcement: the Federal Security Service, Interior Ministry, the Ministry of Civil Defense, Emergencies and Elimination of Consequences of Natural Disasters, the Federal Penitentiary Service, Internal Troops of the Interior Ministry, Ministry of Defense, as well as airborne troops.

"Sambo is the most all-purpose method of defense and attack, exactly what security forces need. Sambo system introduced into the Russian security forces is also in demand abroad. We are negotiating with a number of countries who also want to actively develop and apply sambo inside their own law enforcement structures, - commented on the event last year the FIAS’s President Vasily Shestakov. - Team competitions are always very interesting and as each sambist represents his or her institution, they fight to the last. And the team spirit here is stronger than ever."

As for the competitive part, last year's winner of the Cup of the President of the Russian Federation was the team of the Internal Troops of the Russian Interior Ministry that defeated opponents from the Russian Interior Ministry with a score of 6: 3. This year's winners will try to defend their title while all others are certainly planning to take revenge. Who will eventually raise the Cup over their head ill be known in September.

President of Russia’s Sambo Cup was established in 2006 on the initiative of the  Russian Sambo Federation and by decree of the President of the Russian Federation Vladimir Putin. For the first time the prestigious trophy was fought for in 2007 among the strongest teams of the world rankings. In all the history of the tournament all the competitors failed to take the cup away from the Russian team, and the trophy never crossed the border of the country.