People with red flags, sambo jacket kurtkas, golden sand and other tints of sambo tournament in the program of Asian Beach Games – 2014 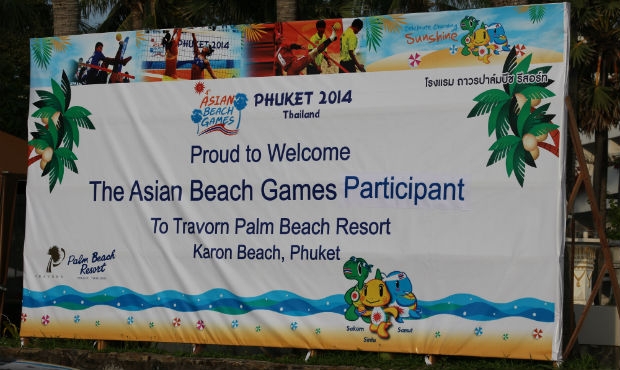 In Thailand November is the beginning of the tourist season. People from across the globe go to the beaches of this country to rest and spend a wonderful time. This year the visitors coming to Phuket make new entry to the Purpose of visit column: the Asian Beach Games. Besides, the representatives of 15 countries additionally stated the Sambo Tournament therein. This sport contest will take place tomorrow, on November 12, at Karon beach.

It is interesting fact that the beach sambo tournament, as well as all other competitions included into Asian Beach Games program, will take place on the golden sand in close proximity to the traditional tourist resort place. We cannot exclude that many of them will transform from relaxing persons into active and emotional, having become the spectators of sambo tournament. 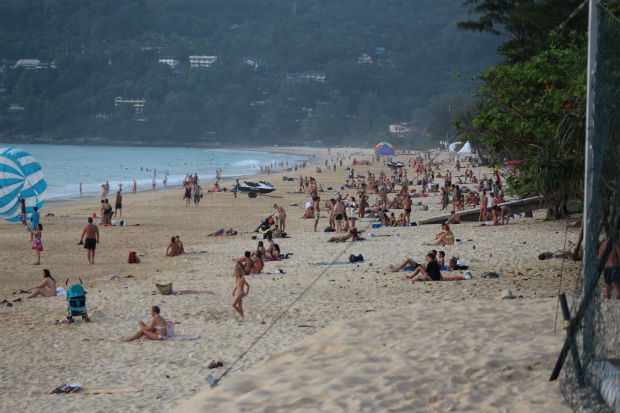 While some tourists sunbathe, the others enjoy driving and going sightseeing. Different types of transport run on the roads with left driving. The mopeds and bikes play special role among them. 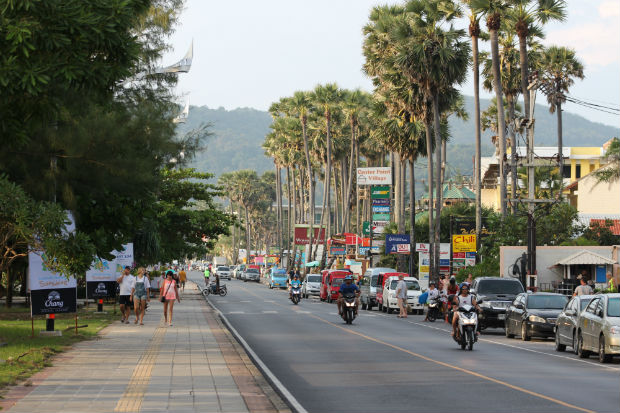 Two-wheeled friends have made a conquest of the Thais long ago and became one of the most popular types of transport. By the way, both men and women drive the bikes, deftly maneuvering on serpentine streets. 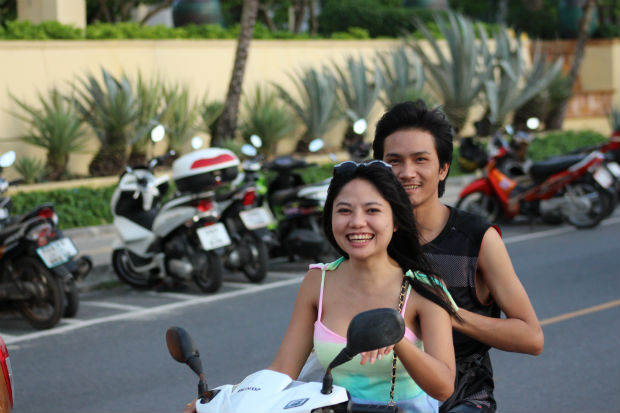 The tourists in Thailand have seen the true value of the convenience of the mopeds and bikes. That’s why the bikes rental business is highly developed here. Everyone could find the moped or the bike he or she liked, especially that no driving license is required in Thailand to drive the two-wheeled vehicle. 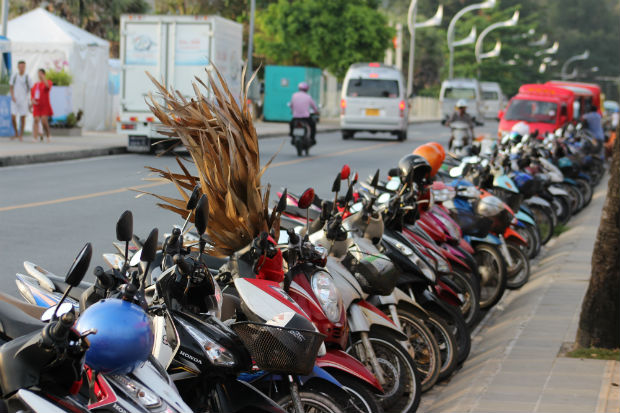 Next second the tourists jump onto the seat right from the sea and race on their business. It seems that the lifebuoy automatically transforms into air-bag.

The natives dropped in further, and with small adjustments reequip their transportation means into the real wheeled shops. This lady had the happiest smile of all people met on the road. 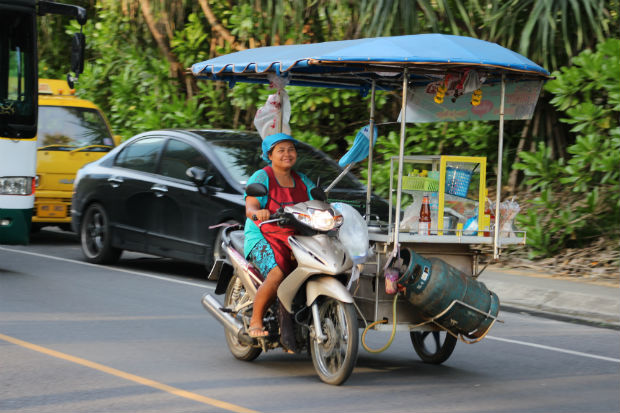 In Phuket the pedestrians try to cross roads carefully, and the officers like these work on some crosswalks to help. They use the red flags to pay attention of the drivers to the necessity to slow down or to stop. The drivers obey. 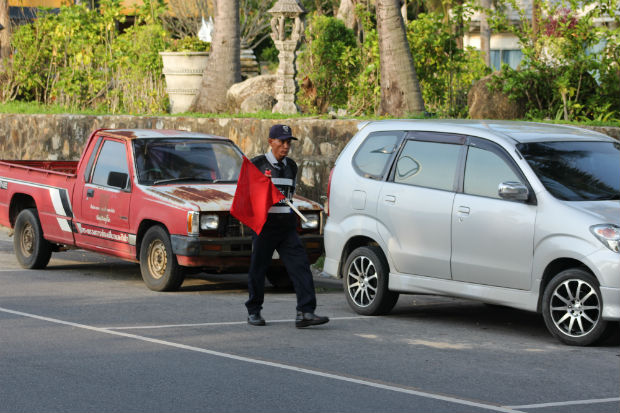 If people got used to the officers in the uniform with red flags, then the appearance of the advertisement of coming Asian Beach Games caused earnest interest. The banners appeared in many crowded areas… 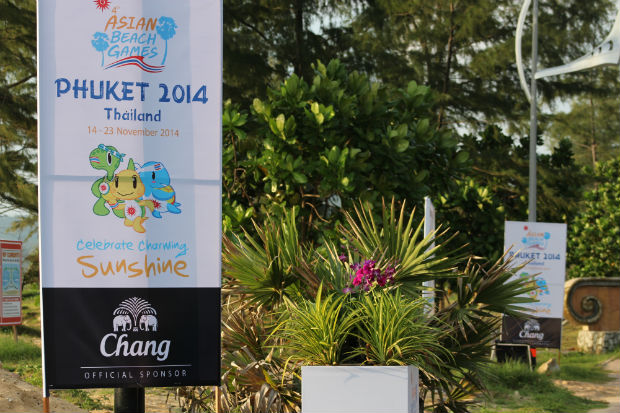 …as for the ads on the cars, it literally became the driving force of the Games starting tomorrow. 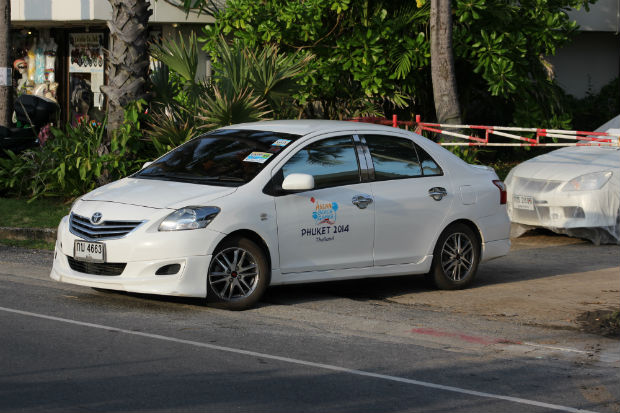 This beautiful gates lead to the territory where the sambo tournament will take place within the Asian Beach Games program. This is the place where the sportsmen representing 15 countries-participants of the tournament, and the spectators who want to enjoy an unordinary show, will rush. 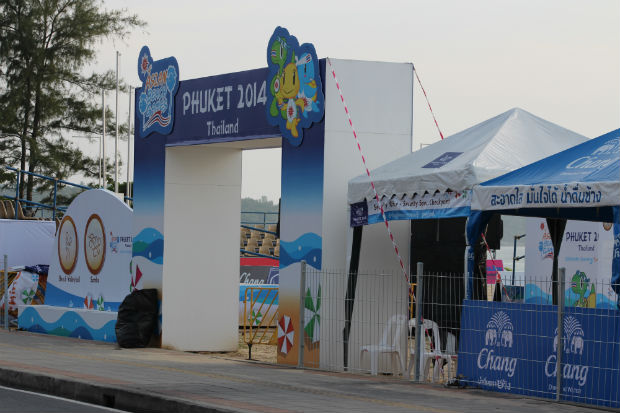 If you stand with the back to the gate leading to the sambo tournament site, you can see the head of giant Buddha statue which overtops Phuket on the high mountain. 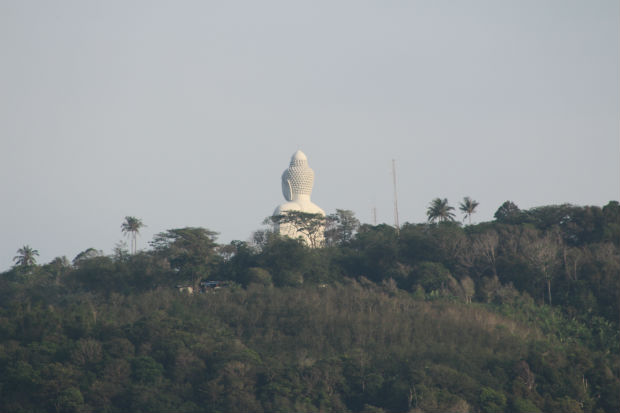 But now the tourists and the natives pay more attention to Asian Beach Game. The entrance gate to sambo tournament site has become a true “model”: lots of podium enslavers may only dream about such number of professional and nonprofessional photo sessions. 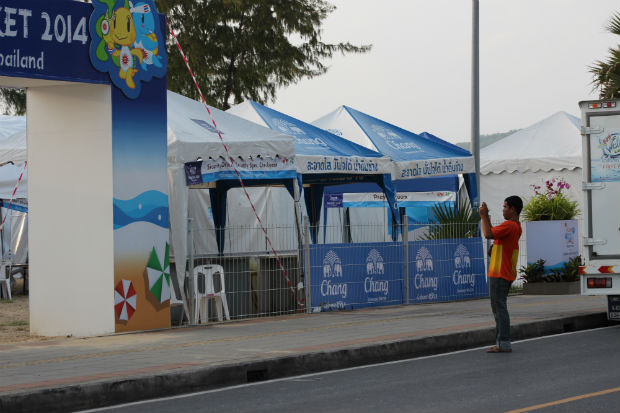 Even the policemen and order may not vanquish the wish to take memorable pictures against the background of the sambo and beach volleyball tournaments logos. 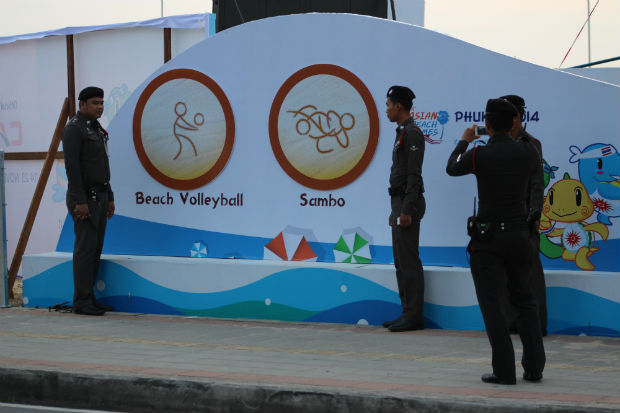 Meanwhile the athletes have their own worries – they are preparing for the contest. The beach sambo will be presented at the competition of such a high level for the first time. It is interesting that apart from the modifications of the contest regulations (the reduction of fight time to 3 minutes, the win after the 1st effective action and etc.) the sambo uniform has undergone changes as well. The sambo jacket kurtka attracts special attention, because for the beach sambo it is made in white color. 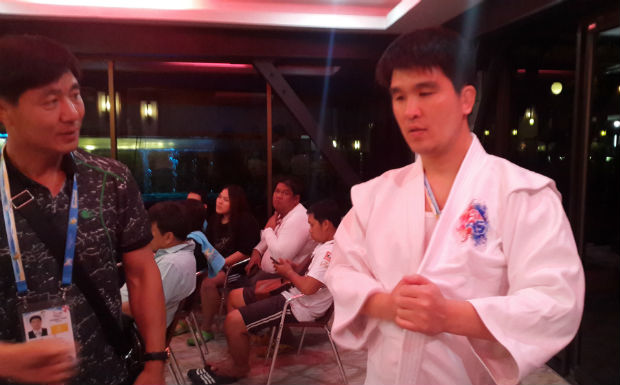 The length of the sleeves, the color of shorts and absence of shoes – all these and many other nuances about beach sambo will be soon known from video on the FIAS site. Expecting the tournament all teams have received new uniform sets which will be used in the contest on beach sambo. 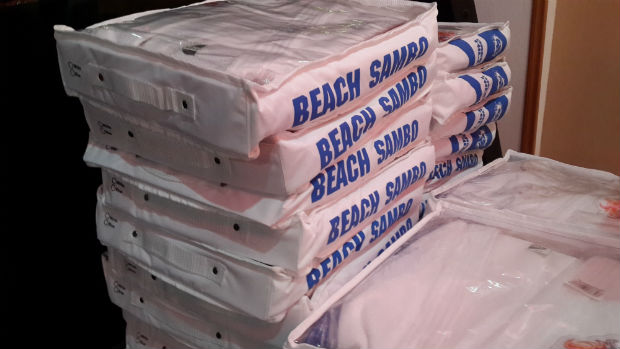 Well, there is not much time to wait. The sun will rise and heat the sand, and the sea will buzz with its waves. The same will be in sambo at Asian Beach Games: the whistle will sound, serious fights will start, and the spectators will passionately support the expedient athletes. The tournament in Phuket at this site of Karon beach will start tomorrow, on November 12. The beginning is at 9.00 AM local time. Watch the results on FIAS site. 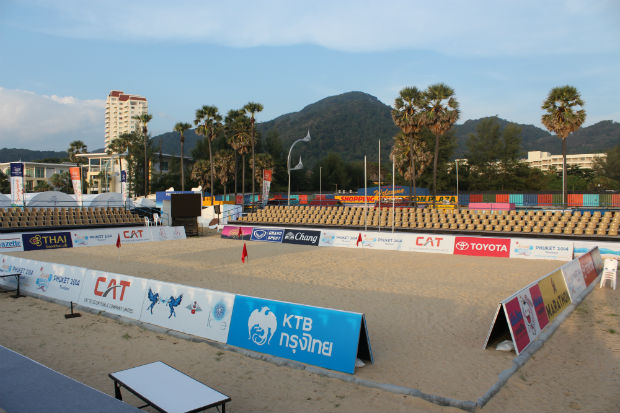