Marouane Ulhage: "With each year the competition in Africa is growing" 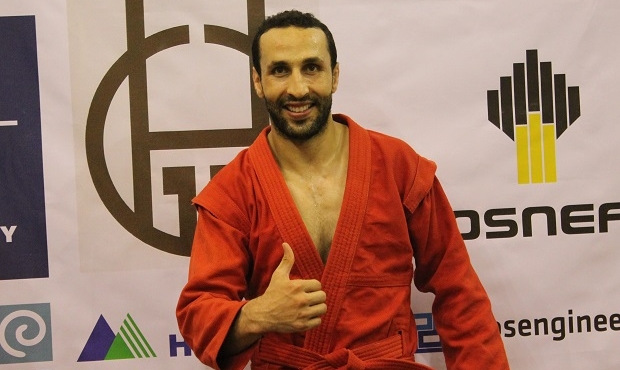 A recognized leader in the national team of Morocco Marouane Ulhage won gold in the weight category of up to 82 kg in sport sambo at the African Sambo Championship in Niamey-2016. In the final match he not only won beautifully with the help of a painful hold but also carried out his injured opponent from the mat in the spirit of Fair Play. Especially for the site of FIAS, he drew parallels with a resonant act of the Belarusian Stepan Popov at the European Games in Baku, told of the competition in Africa and the team’s results and tried but was not able to count the total number of his medals at the continental championships.

"I do not remember exactly what is the number of my medals from the African championships, whether it’s the fifth or the sixth one. The only thing I’m absolutely sure about - they are all gold. Despite the fact that I’ve had quite a lot victories, I’m not tired of them. I remember very well my first victory in the Continental Cup that was incredibly difficult. The same thing happened here in Niger: I was able to win gold with great difficulty. The final match was not easy: I had a very strong rival from Cameroon. However, I was able to do a painful hold on the leg, which allowed me to win,"- said Marouane Ulhage.

We should note that the Cameroonian sambist Louis Francois Messi did not give up in the final for a long time hoping to survive the attack but eventually was forced to capitulate. The consequence of his obstinacy was a leg injury, which he couldn’t step on. Marouane Ulhage picked his opponent up and carried him out into the health care area. This incident reminded of a famous act in the spirit of Fair Play of the Belarusian wrestler Stepan Popov at the I European Games in Baku.

"Of course I know about Stepan Popov, a Belarusian wrestler, a world champion. And I am well aware of this case at the European Games in Baku, which became known to the whole world - Marouane Ulhage said. - I think it is quite normal practice for all athletes. Although we are rivals on the mat, we're friends in real life. Mutual respect and fair play is something that should always be in the sport, and I'm glad that we have this in sambo. Therefore, none of the wrestlers including me doesn’t question whether to help their opponent or not". 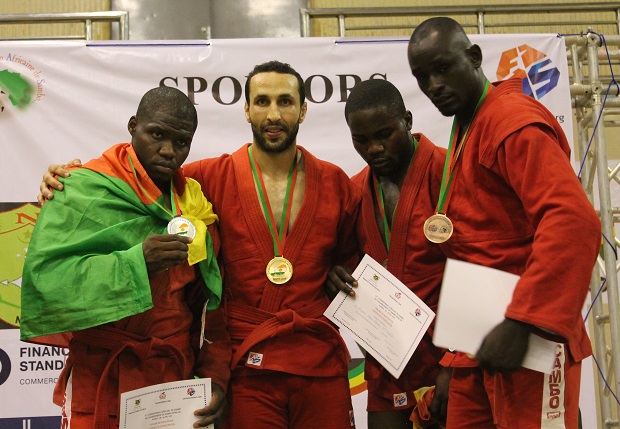 Marouane said that after the fight he asked about the wellbeing of his opponent and apologized to him. "The leg still hurts a little bit, but I think everything will be fine. This is a sport, it happens ", - concluded the Moroccan athlete.

During the interview Ulhage was regularly distracted to give advice to his friends on the team that were performing at this moment on the carpet. At the same time it was evident that the Moroccan sambo athletes carefully listen to his recommendations. So the next question was evident.

"I do not think about a coaching career. It's just that I get to give advice to the boys, especially since we've been training together with them. I know where I can help them, so I do not neglect the opportunity to act as a second, play coach. But the most important thing is I'm not an individual player in the arena and strive not only to achieve personal results. We're all on the same team, and our goal is to be the best team in Africa. It's not just words as the competition increases every year, there are new great athletes, great new teams. The Cameroonians are really strong this year, Niger on the first day of the tournament won two gold medals so we need to keep an eye on everybody. If I can help with my tips to my friends on the team, I'll do it!"- the champion of Africa from Morocco said.