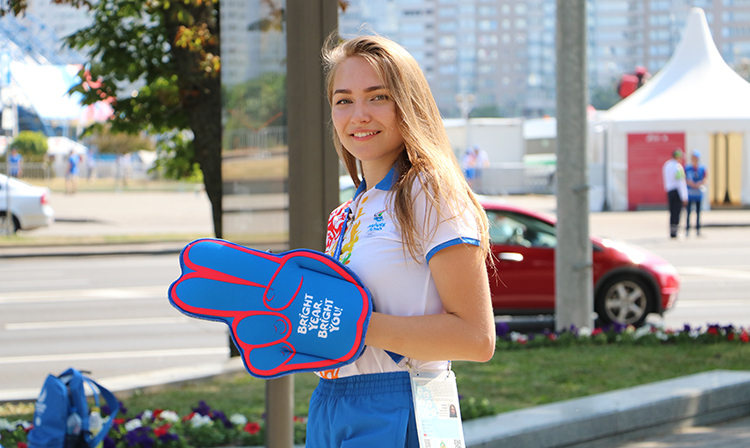 Today, June 21, the opening ceremony of the II European Games will take place in the capital of Belarus. And tomorrow in Minsk the SAMBO tournament will start, which will be held in the program of the Games from 22 to 23 June. How sambists and the city are preparing for competitions - in the photo-report of the FIAS website. 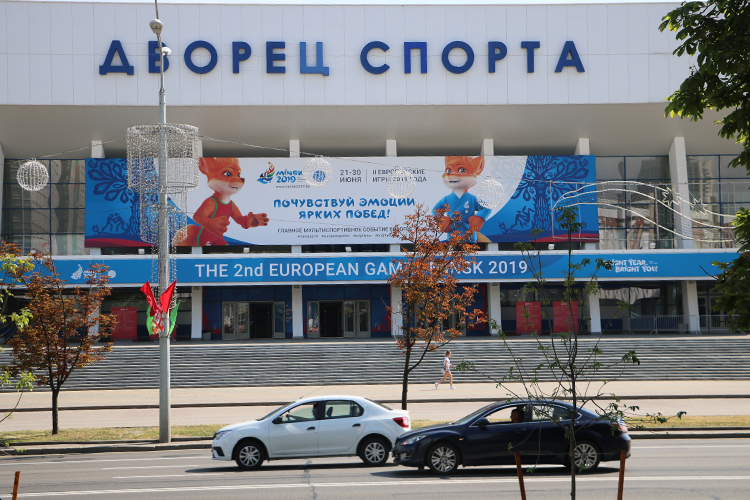 The SAMBO tournament will be held in the Minsk Sports Palace, well-known to most European sambists, who will take part in competitions. It is in this arena that the International SAMBO Tournament for Prizes of the President of Belarus is held annually in February. 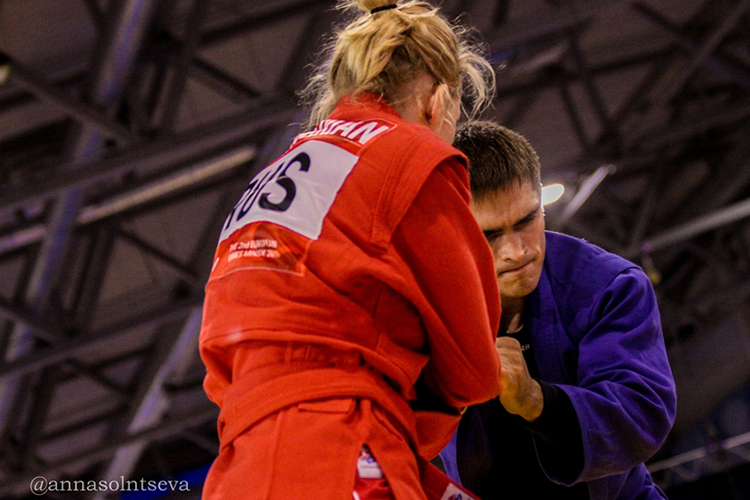 On the eve of the tournament, sambists occupied the warm-up hall, where they perfected their skills in training with friends from both their national team and future rival teams. 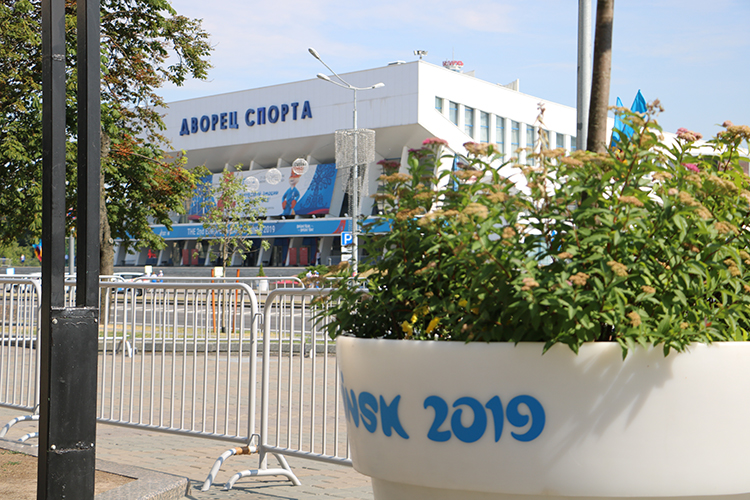 In order not to interfere with athletes preparing and not knocking them with thoughts about upcoming competitions, we move away from the Sports Palace and go to see what the city lives on the eve of the start of the European Games. 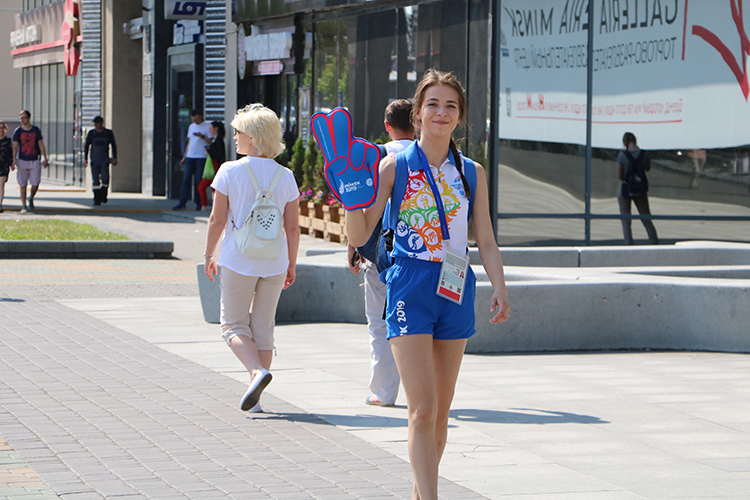 The first to be met by all Belarusians and guests of the country near the sports facilities of the Games, invariably become volunteers. They greet passersby, luring them to the competition and always ask to “give five” to their huge palm. 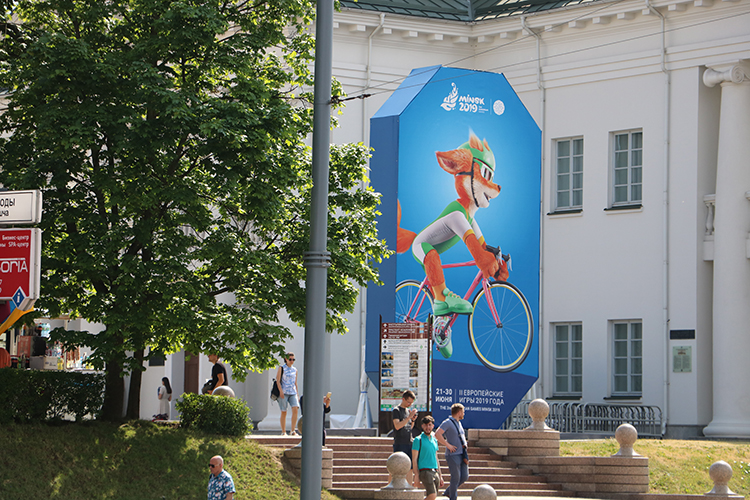 Advertising of the Games are everywhere: the mascot Lesik is engaged in various sports on advertising structures, placed around the city. 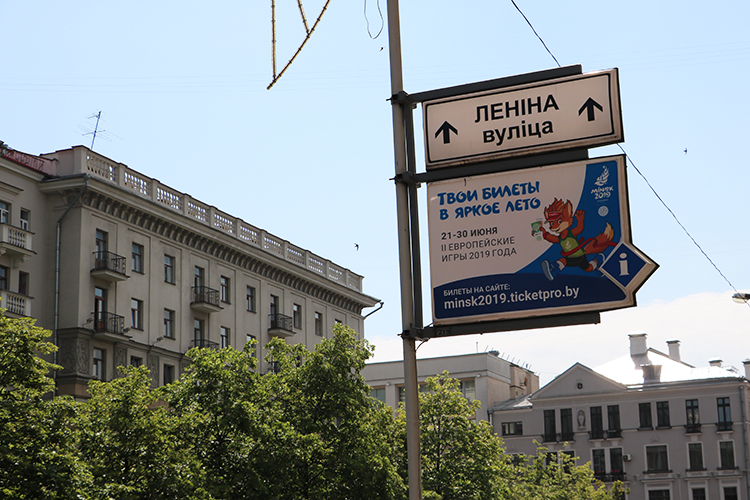 Information boards also report on the approach of the Games and offer fans to buy tickets to the competitions. 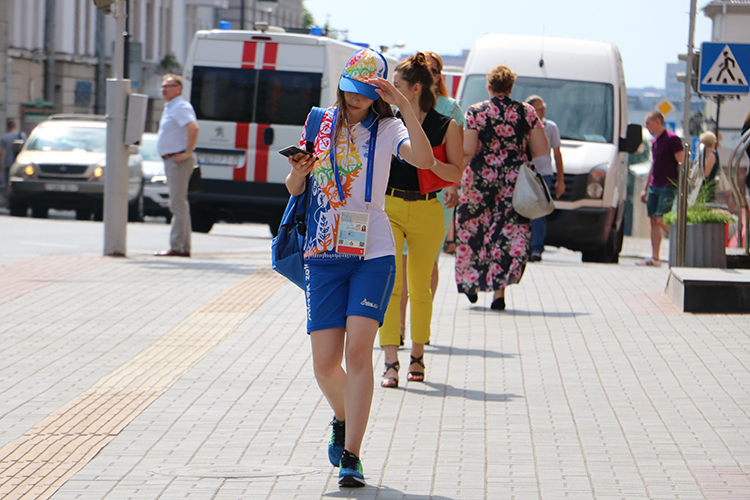 There are a lot of volunteers at the Games. They do not only help athletes and functionaries, but also create additional advertising for the European Games, moving along the city streets between sports facilities. 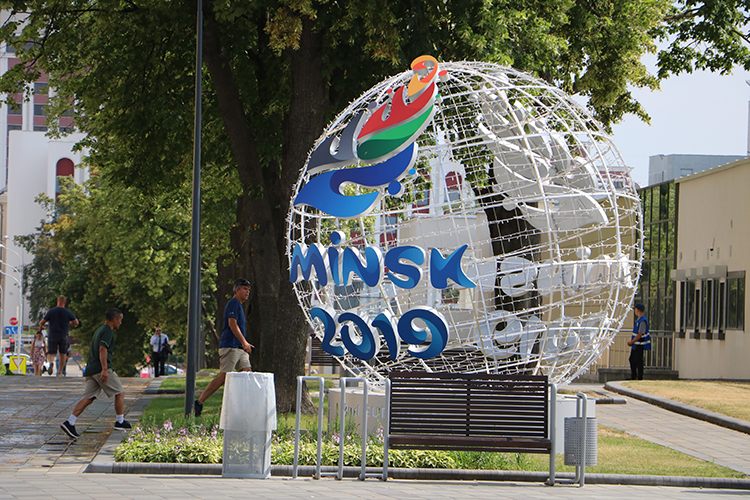 Near the main arena of the European games - the Dynamo stadium - there is such a huge ball that becomes even more beautiful during the dark time of the day thanks to its highlight. It is at Dynamo that the opening ceremony of the Games will take place today, and after 10 days - the closing ceremony too. 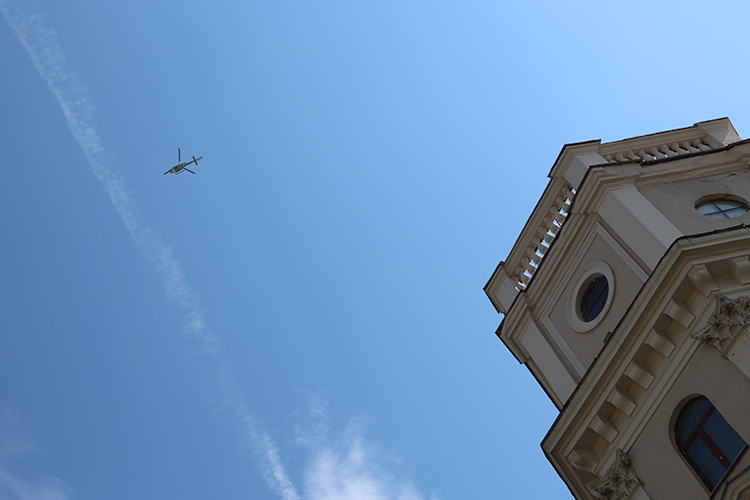 Interestingly, helicopters periodically ply the city, which are carefully looking for something below. Visually, their affiliation with the Game does not say anything, but there is a feeling that the relationship here is direct. 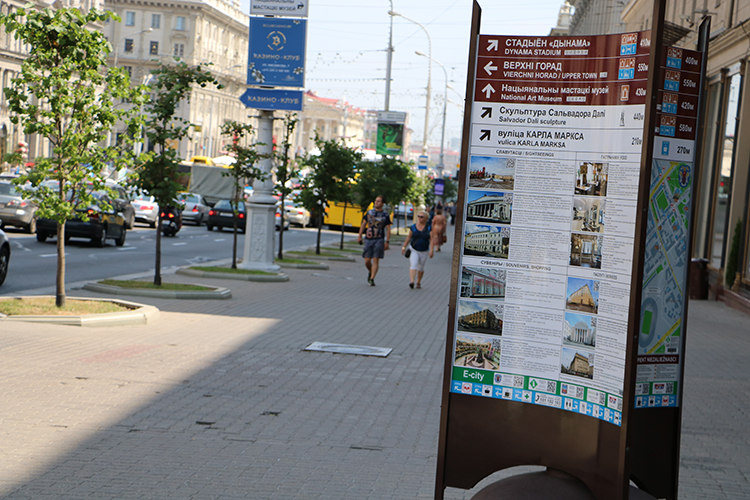 For the tourists who came to the European Games, such information desks were installed in Minsk with a story about the most important sights of the Belarusian capital. 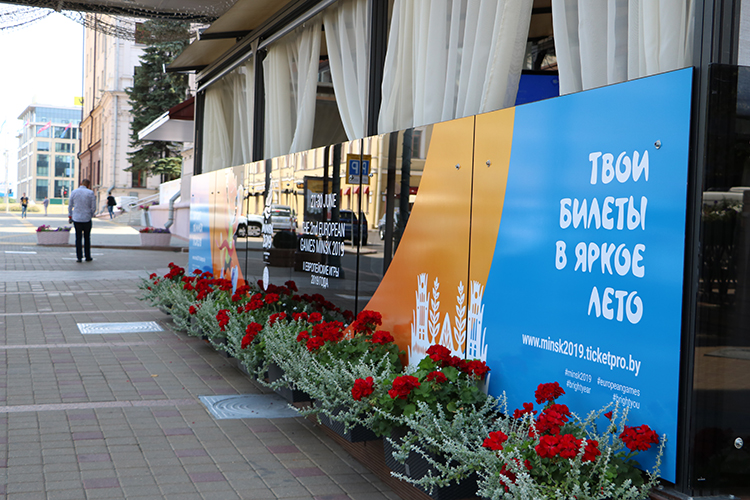 Fashionable establishments did not remain aloof from the upcoming sporting event and were also branded into the corporate style of the European games. 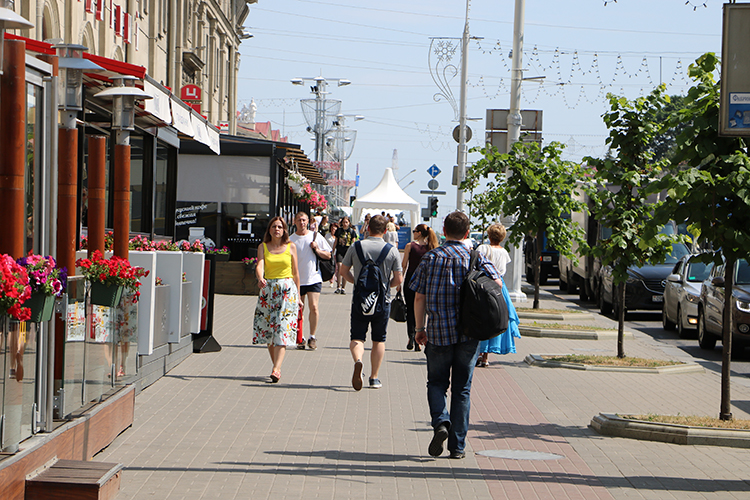 Of course, all residents of the city are aware of what a big sports festival has come to Minsk, however, one must hurry about their business, especially on a weekday. These days in the Belarusian capital is hot and summer-like festive. 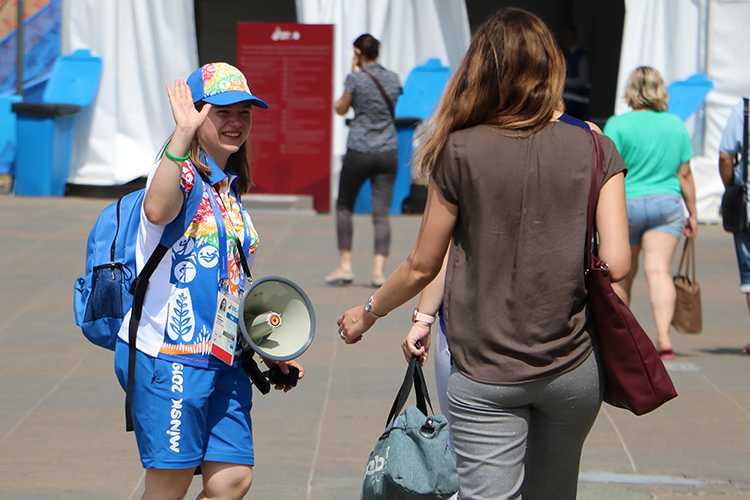 But anyway, the volunteers of the Games will definitely try to cheer you up! 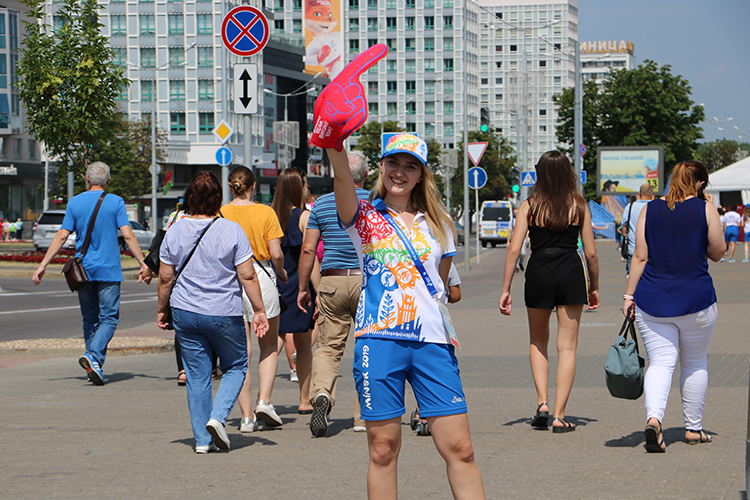 They will indicate the direction of movement to the venues of the competition. 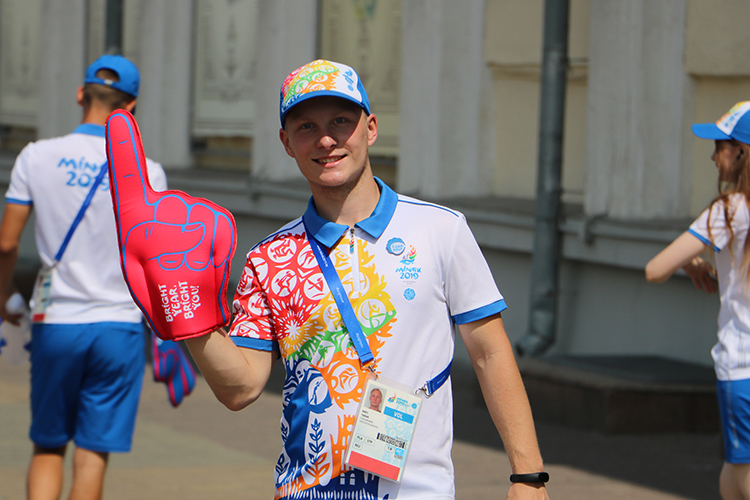 And they will certainly point to the sun, which, together with the European Games, guaranteed Minsk a bright summer! 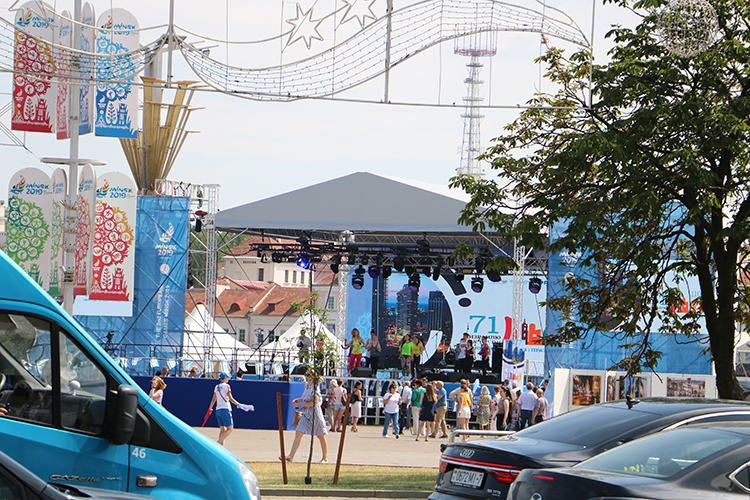 In the meantime, the SAMBO tournament has not started yet, the fans are being pulled into the fan zones, where the artists create a good mood for them. The largest fan zone of the Games is two steps away from the Sports Palace, where sambists will compete, so that the fans will be well prepared to actively support their favorite athletes.