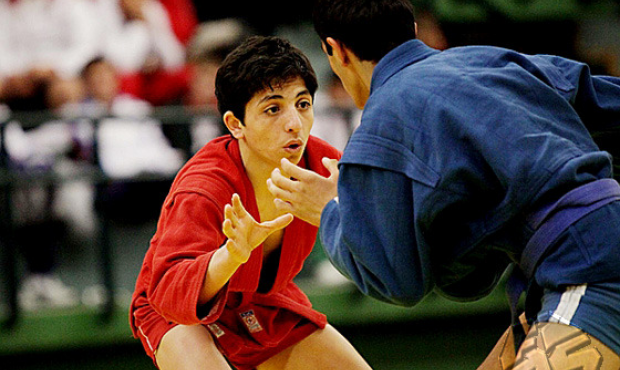 Tickets are bought, visas, if necessary, are obtained, sportsmen are at the stage of getting in their top form, organizers are in the mode of preparation, the Marketing Department and the FIAS PR prepare a banner of the online-webcast of the European SAMBO Championship in Cyprus.

While some people still “cut” weight and thoroughly calculate their daily food ration, other people buy travel guides for the city of Limassol in search of things they will get to see in the famous for sights Cyprus. But no matter what worries all these people, we know one thing for sure, i.e. SAMBO occupies an important and big place in the hearts of all of them. And it is precisely SAMBO to which the next European weekend in Limassol will be dedicated.

It has been already reported by us on our website that the European SAMBO Championship among the youths and the juniors will be held on April 12-14 at the Sports Arena in Limassol which bears the name of Kyprianou Spyros, outstanding Cyprian public official who was the President of this country for 11 years of the XXth century.

The city of Bucharest in Romania welcomed the similar continental competitions last year. Then around 400 young sambists who were representing 21 country of the Old World were fighting at Sala Polivalenta, the largest Sports Complex in Bucharest, which held 5 thousand viewers, SAMBO admirers. Medal events were held among 16 national teams and representatives of 9 European teams received an honour to step on the top of the victory rostrum in Bucharest. The anthems of Belarus, Bulgaria, Georgia, Italy, Lithuania, Moldova, Russia, Rumania and Ukraine were heard within the walls of glorious Sala Polivalenta.

Cyprus is not the country which is famous for its success in SAMBO. The Cyprians did not manage to win any medals either at the continental competitions or world youth championships so far. But it is well known that even the walls help at home. The young Cyprian sambists can debut in this difficult but such an enjoyable cause, i.e. winning precious metals in the form of medals of the Championship.

The viewers will be also looking forward to seeing their compatriots at the victory rostrum and to hear the national anthem which is proudly named as “Anthem to liberty”. Very soon we will have an opportunity to hear its beautiful words, such as: “Hello, proud liberty!”.

Admirers and aficionados of SAMBO who has already purchased tickets to Cyprus will have a chance to see this event at the Sports Palace named after Kyprianou Spyros in Limassol on April 12-14. While those who are going to stay to home will have a chance to spend three April evenings at their computers where the final part of these competitions is going to be broadcast live on the official FIAS website.