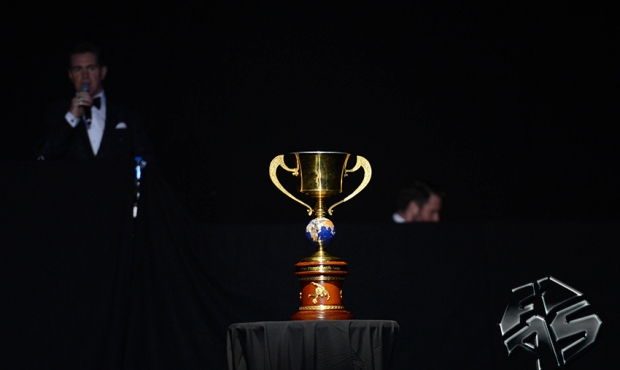 There is a good tradition that every autumn sambo teams from all over the world are heading to Great Britain for a challenge – to fight over the main trophy of the Presidents Cup. The prestigeous tournament was first staged in 2014 in London, then moved to Manchester in 2015 and this year it is going to the another new destination – Edinburgh in Scotland.

Meadowbank Sports Complex, which is the main sports arena of Edinburgh, will see the breathtaking action on September 24th. Apart from the sambo sporting bouts the guests and spectators will see exciting entertainment, as the organisers believe that events of this kind should become a family day-out. The full information on the tournament and teams profiles can be viewed on the Presidents Cup official web-site.

Team Russia won the main trophy twice in 2014 and 2015. This year it will be challenged by seven other teams again. We are looking forward to see if any of the teams and particularly Team Scotland will be able to take over the trophy worth 10 kilograms of precious stones and gems.

The Combat Sambo Grand Slam will be staged in the several weight categories and will compliment the sport sambo main teams event. The list of combat sambo fighters yet to be announced, but it is known that the winners will be awarded with the special Champions Belts and the monetary prize.

2016 Edinburgh Presidents Cup Organising committee is chaired by HRH Princess Katarina, who is a member of two European Royal Dynasties. She is a member of British Royal family and the Serbian family of Karageorgevich.

Organising committee invites all teams interested in participation to submit their letters of interest to: moshanov@sambo-fias.org