Several thoughts after the World Cup Stage “Memorial A. Kharlampiev” 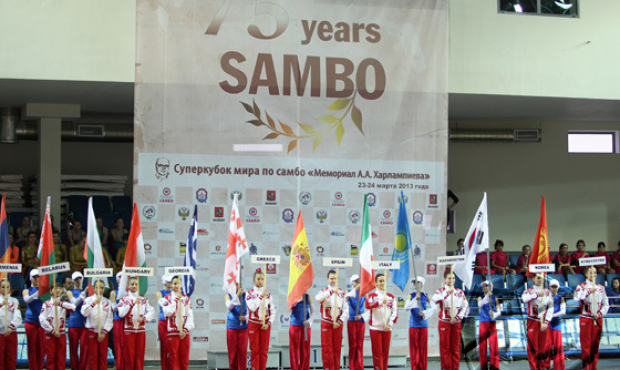 One week even has passed since the termination of the SAMBO World Cup stage “Memorial A. Kharlampiev”. The winners and awardees have already managed to rejoice their results, the losers have drawn conclusions for the future and the whole world sambo community has started to prepare little by little for the next major tournaments. It was decided by the FIAS website not to forget about the past tournament so fast and it has prepared a couple of parting thoughts for its visitors. How was it possible to feel the connection of the tournament with the epoch of Kharlampiev? Did experience win or youth? Who is planning to return back to Russia to win medals of the Universiade? You will find out about this and much more in our today’s material.

Today it is not often possible to hear melodies of the Soviet sport marches at the international competitions. It is even more seldom possible to see dance-acrobatic performances in the spirit of the USSR times at major international tournaments. At the World Cup stage “Memorial A. Kharlampiev” in 2013 both music and the show-programme during the opening ceremony took everyone who was present at the Igrovoy Hall of the CSKA Sports Complex back to 1930th (when SAMBO was originating). Even those who did not live during this Soviet past were also taken back. Precisely this directing manoeuvre allowed to get into the spirit of the epoch when Anatoly Kharlampiev was creating and to feel the connection of times and generations. 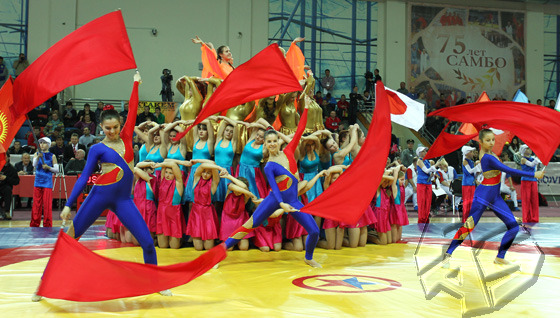 – To tell the truth, I have a feeling in my soul that this tournament is still a very young one and it has been held for maximum 15 years and not more. Meanwhile it was held for the first time in 1980 in Moscow, – says Aleksandr Pushnitsa, ninefold Champion of the USSR, sevenfold Champion of Russia, twofold Champion of Europe and threefold World Champion. – Sambists always come with pleasure to the “Memorial A. Kharlampiev”. It is great honour to participate and to win in it. In my opinion it holds the third place among the most prestigious events, after the World Championship and the Championship of Europe. This tournament is not simply a significant event. It is more likely an indicative one. One of the indicators is the fact that sportsmen who possess a great number of regalia and who factually terminate their career in elite sport always try to perform here.

There were a lot of honoured people at the “Memorial Kharlampiev” indeed. And while most of them came as distinguished guests or were awarding the winners and awardees, some of them went to the mat and fought for medals. Let’s name among these several people Svetlana Galyant, eightfold World Champion, and Irina Rodina, elevenfold World Champion. Both sportsmen got through to the final where less experienced and less awarded and therefore more daring sportsmen were facing them. The plots of bouts turned out to be extremely fascinating.

Svetlana Galyant lost her bout. Tatyana Savenko, already well-known to her Ukrainian, became her rival. In the interview to the FIAS website the winner told us that the coach gave her a task to outplay the awarded contestant using speed. And that’s what she successfully demonstrated. 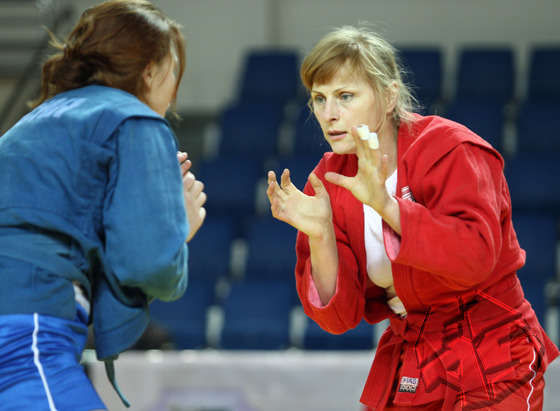 – It is not the first time Sevtlana and I meet at the international tournaments. The score of our head-to-head bouts is now 4:3 for her, I guess. Of course, you always specifically set yourself up for a meeting with a notable sportsman. But today I went to the mat feeling very confident and the previous victories helped me morally a lot, – shares her recipe for success Tatyana.

Irina Rodina is tough with her rivals as before although Haruka Murase, absolutely unknown to her Japanese sportsman, was against her at the “Memorial A. Kharlampiev”. Young and ambitious, inspired for victory Japanese fought a bout very actively. It was extremely hard to forecast the results of the bout. However, Rodina turned out to have one incontestable advantage – experience.

– It was difficult as I had a young, active and thirsting victory rival. I even had a headache at the end of the bout. But I had my experience which allowed me to win, – confessed Irina. – I always come to this tournament as it is a tribute to the memory of the person who was one of the originators of SAMBO, the type of combat which I have dedicated a half of my life.

As the notable sambist confessed, her short-term plans include participation at the Championship of Russia in June, i.e. a qualifying tournament before the World Championship which will be held in Saint-Petersburg.

– If my health permits, I will try to “take back” the medal, – said Rodina. – But I will be in Saint-Petersburg anyways (even if as a guest). I am not going to miss such a holiday under any circumstances. It is not going to be a simple World Championship. My favourite type of sports turns 75 years old.

It has already been told by the FIAS website about the achievements of the Korean SAMBO and about the won “gold” at the World Cup stage “Memorial A. Kharlampiev” as well as about the general determination of the National SAMBO Federation to be effective. Bit it was not only South Korea which surprised the viewers and the specialists at the tournament. The Japanese team also came to the competitions with serious intentions and managed to confirm non-randomness of its medal ambitions. Two “bronzes”, one “silver” and a sensational “gold” were won at the last moment of the tournament! Isn’t it a success for the team which factually debuted at the major tournament? We asked Shori Hamada, gold medallist, about the emotions of Japanese sambists as a result of such achievements. 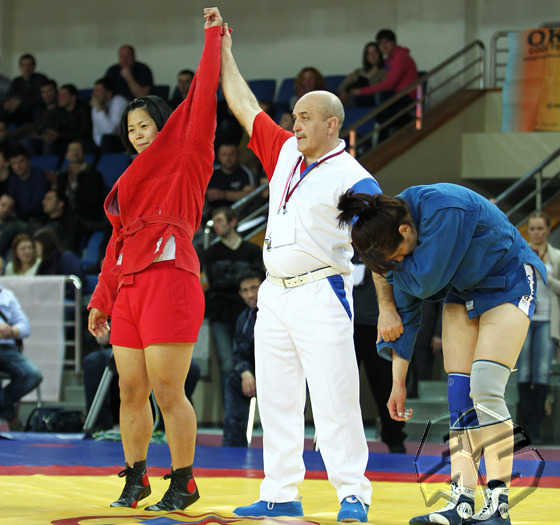 The winner told us that it was her first major victory in SAMBO at the international level. Earlier she won a gold medal at the first in history Japanese Russia’s President Vladimir Putin SAMBO Cup which took place at the beginning of the year in the city of Saitama. Shori used to do judo before. However, the development of SAMBO which can be observed during the last years has defined her choice in favour of this type of combat.

– I am very happy to win in Moscow, Russia, i.e. in the country where SAMBO originated. And I hope that this victory will become one of many more which I am going to have in the future. I will return back to Russia soon again and I will try to demonstrate everything that I am capable of. So, I will come to the Universiade in Kazan! – said the sportsmen from Japan.