What were the winners of the first day of European Youth and Junior Sambo Championship in Prague talking about? 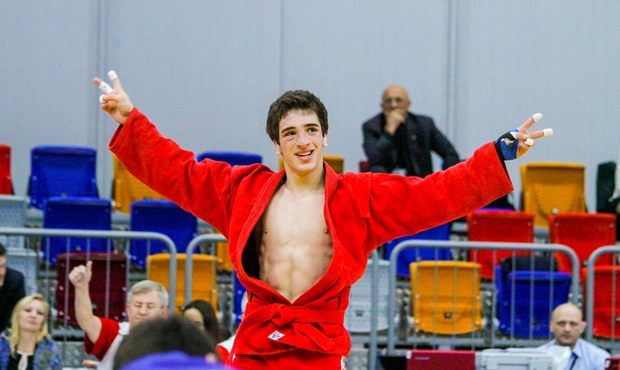 European Youth and Junior Sambo Championship is being held in the Czech city of Prague. According to the results of the first day of competitions, the names of the winners and medalists in twelve weight categories were released. The most interesting quotes of the winners are in our lineup.

Lucas Bertholone (France), the winner in the under 62 kgs weight category among juniors: 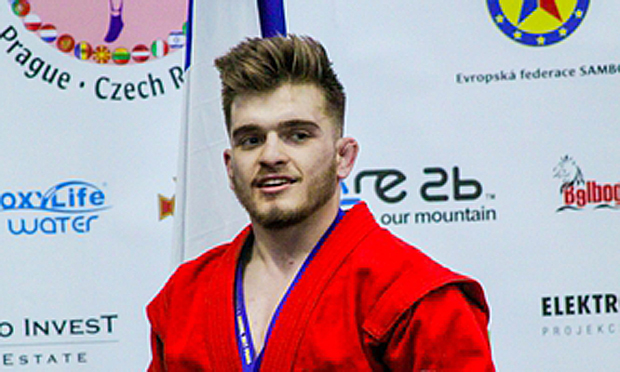 “These are my sixth sambo competitions, but I’ve won a gold medal for the first time ever. Before I could not get higher than the 5th place, and this time I have the top tier. In the final, my rival was very strong; he is very good at holds and stands. I think that we both had equal chances, it was necessary to make tremendous efforts in order to gain victory. That is what I did. I dedicate this victory, first of all, to my dad, who was eager to hear La Marseillaise. Also I dedicate this victory to my friends, to the coach of my club Daniel Maistreau and to the coach of the French national team David Erane”.

Ekaterina Nefedova (Russia), the winner in the under 52 kgs weight category among girls: 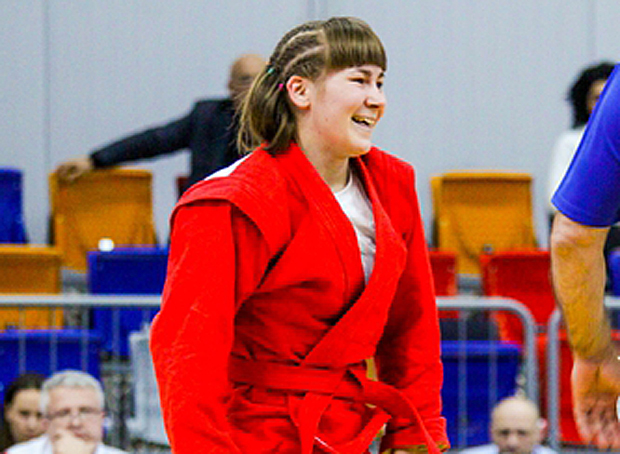 “I took part in continental youth championship for the first time and I was very nervous. It was a great responsibility for me. I wanted to win badly to impress my coach, my family, who supported me. And of course, I wanted this victory for myself! When I won the finals, I even burst into tears from happiness! I was extremely nervous before the last combat, since my rival was very strong.

My coaches were working me up for a long time and kept telling me: “It’s the last fight. Give your best shot! Win at all costs! I had a very hard fight with Romanian athlete to get into the final. I tried to do transitions with her, but it did not work out. She put up a worthy fight against me. I want to thank all girls from my team. When I fought I heard them cheering for me in the stands. It helped me a lot!”.

Saba Grigalashvili (Georgia), the winner in the under 60 kgs weight category among the youth: 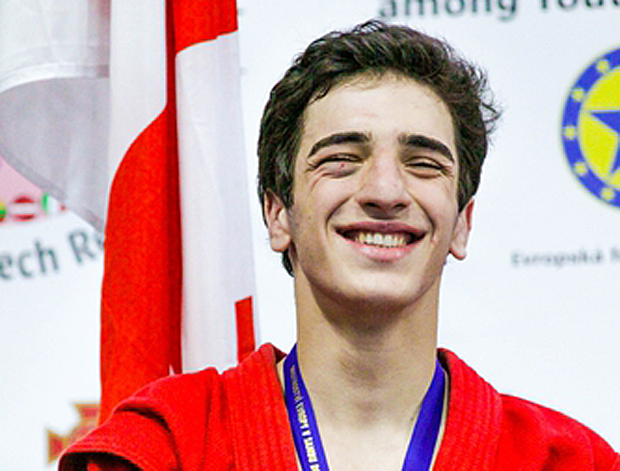 “It’s my second time when I made it to the finals and I wanted to win badly. In my first final last year I won and I did not want to lose this time. The strongest rival on my way to the victory was the wrestler from Azerbaijan. I know him very well; he beat me in the finals at the World Youth Championship last year. This time I have proven myself to be stronger and I’m very pleased by victory!”

Anastasia Goncharova (Russia), the winner in the under 65 kgs weight category among girls: 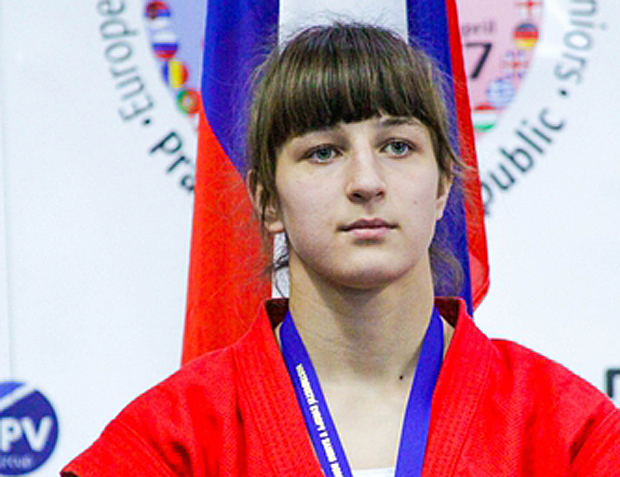 “The finals were extremely tense. I`ve been psyching myself up for quite a while. I think the right attitude helped me a lot. Right before the fight my coaches said: «Keep your opponent under constant pressure, fight for every point, just take what is yours!». My opponent in the semi-finals was quite tough, however it was a quick fight overall, I`ve failed to reach a complete understanding of her tactics. I want to thank my personal coach and the coaches of our national team. I also want to thank the girls from our team, who have been supporting me a lot”.

Boris Shatverian (Armenia), the winner in the under 75 kgs weight category among the youth: 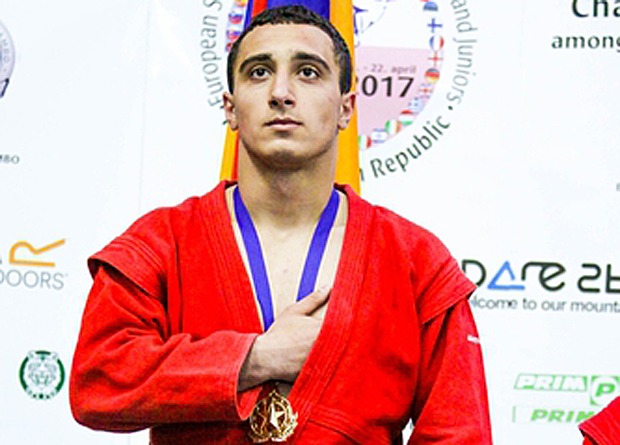 “It has been a very difficult championship. My first opponent was from Russia, he was actually the strongest one. Then came a Serb, I defeated him 9 to 0. The finals were also quite hard, but I managed to win after performing a spectacular throw, which was fair and square. Before the final fight I spent quite some time, thinking over my tactics. My coaches helped me come up with the tactics that helped me achieve victory. I`ve been waiting for this triumph for many years. And now I`m the European Champion, at last! I hope that this victory is just the beginning! ”.

Andrei Uvarov (Russia), the winner in the under 82 kgs weight category among juniors: 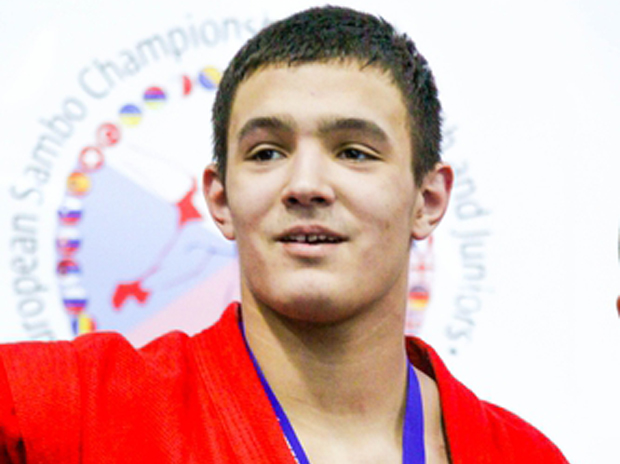 “Before the finals I was very nervous: under such pressure it`s easy to make a mistake. I`ve been thinking my tactics over for a long time. And I still made a mistake and fell on the mat. However I still managed to get back into the fight and equal our chances. My road to the finals was rocky. In one of the fights I was down 3 to 0, but I made a comeback. I can hardly describe my feelings about my victory. It is joy. It is pure pleasure. I dedicate this achievement to my parents and Sergey Sergeevich Yukharev, my coach”.

Viktorika Prisakaru (Russia), the winner in the under 68 kgs weight category among juniors: 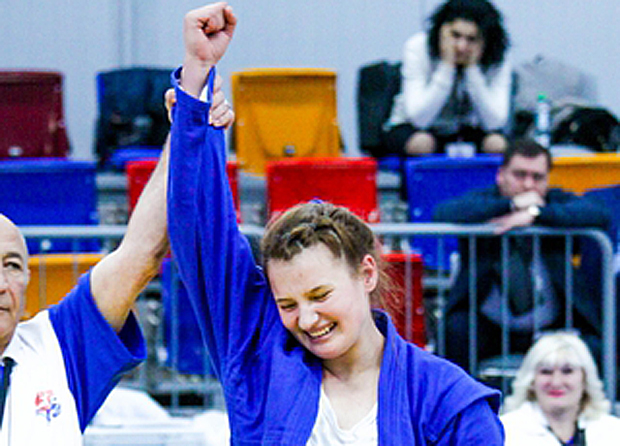 “I can hardly find words to express how happy I am! I`m overwhelmed with emotions! I`ve become champion for the first time in my life! My opponent In the finals was very strong, but I had better wrestling techniques. I want to thank my coach, he is an amazing person! ”.

Evgeniy Eremin (Russia), the winner in the under 48 kgs weight category among juniors: 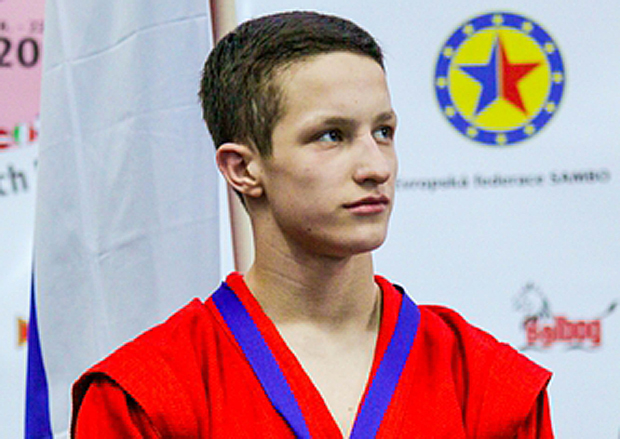 “Last year`s Youth Championship was even harder for me as it was my first international competition. Now I`m not as nervous as I used to be, it has become way easier to psyche myself up. Before the championship I spent two weeks in a training camp, working on my speed and techniques. I realized that some of the competitors were stronger than me, so I decided to exhaust them. Physical conditioning of my opponents in all rounds was next to perfect. But I just fought according to the plan. It was essential that I didn`t take any risks in the finals. I made it. I want to dedicate this achievement to my family, it has been supporting me all the way“.

Vera Gorelikova (Belarus), the winner in the under 56 kgs weight category among juniors (W): 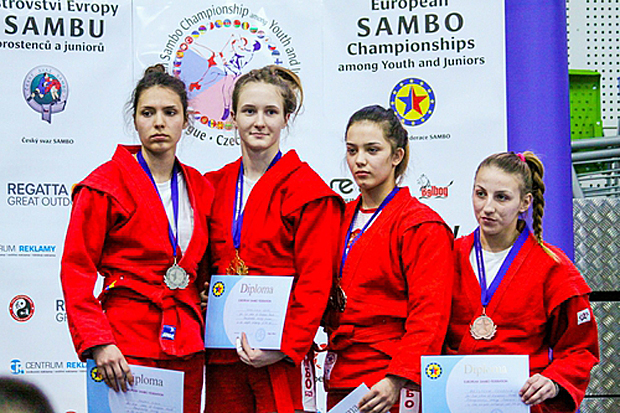 “I missed the first round, that’s what the draw showed. Then I had a fight with a Russian wrestler. I psyched myself up, that is why I won 5 to 0. In the final my rival was the representative of Ukraine. There were certain targets, which my coach and I had been working on. I set my mind on them, nailed them and won the fight by making an armbar. I really enjoyed the finals.

I train with the girls from the national team – Marina Zharskaya, Tatiana Matsko, Ekaterina Prokopenko. Sometimes we pair off and they give me much useful advice, help me a lot and support me. I want to dedicate this victory to my coach, my relatives and loved ones and to our country – Belarus. I am very grateful to everyone who cheered me up - their support gave me the strength I needed.