Official news from the A. Kharlampiev Memorial Sambo World Cup: a meeting of the Executive Committee of the International Sambo Federation 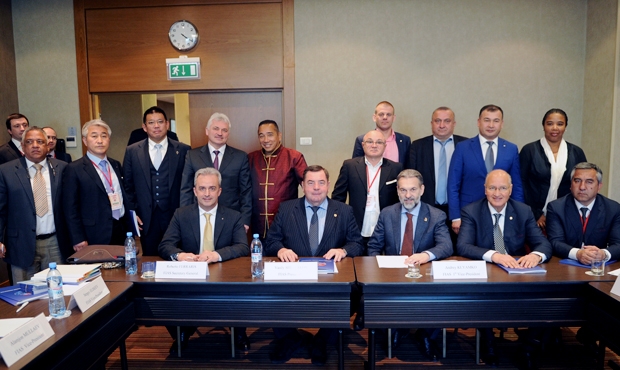 This afternoon the World Cup’s official hotel, Holiday Inn Sushchevsky, where all guests and participants of the tournament are staying, hosted a meeting of the Executive Committee of FIAS.

At the beginning of the Executive Committee’s meeting FIAS President Vasily Shestakov thanked all heads of the National Sambo Federations for their valuable contribution to promoting sambo globally. He noted the successful tournaments of FIAS last year’s calendar and the competitions that have already kicked off this year – Category A tournaments in Minsk and Almaty.

Mr. Shestakov went on to speak about the key directions of work for this year: “Our main focus of this sporting year is the European Games in Baku. Sambo was included in the program of the Games on a par with twenty other sports. Preparations are well underway; twenty National Sambo Federations in Europe confirmed their participation in the tournament. The International Sambo Federation is going to participate in SportAccord Convention due to start in Sochi, Russia, on April 19. FIAS will represent sambo at this annual international sports forum in a variety of ways. FIAS heads will take part in various meetings held by SportAccord and working meetings with leaders of the global sporting movement. During the Convention FIAS will also take part in the sambo exposition, show exhibition performances, and hold master classes and interactive events. Another highlight of this year’s sporting calendar, apart from the European Games, is the World Youth Championship in Riga, the World Championship in Morocco and the Masters’ World Championship in Israel.” 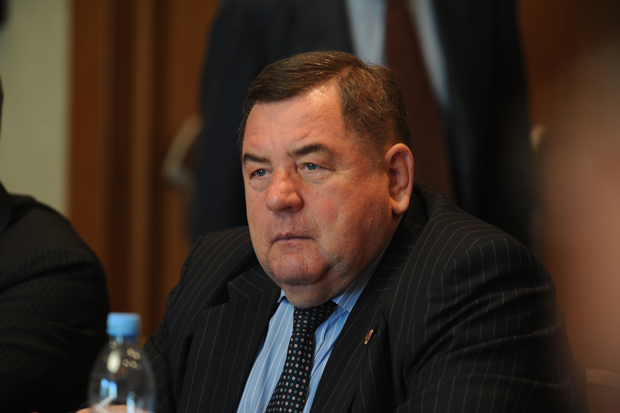 During the Sambo World Cup in Narita FIAS carried out a survey among the athletes to select new commission members who were approved today by the Executive Committee’s decision. These are Maria Guedez (Venezuela), Sofien Hawachi (Tunisia), Laure Fournier (France), Ivana Jandric (Serbia), Jakub Babiar (Slovakia).

“This is a very good thing that the International Sambo Federation involves great athletes who feel and understand our sport from the inside. Another positive aspect of this is that they are mostly young athletes able to contribute energy and modern trends to our work so that we can stay up-to-date and keep up with the latest developments over the globe,” FIAS President commented the Executive Committee’s decision.

FIAS specialist Kamilla Khaykova toughed upon an interesting and vital issue in her report. “As you know, FIAS introduced new anti-doping rules from January 1, 2015 which fully comply with the revised WADA code. The main changes concern the disqualification period increase from two to four years and the WADA’s attitude to the colleagues of an athlete caught doping. Closer attention should be paid to investigation of cases of complicity of coaches and doctors in the use of doping by athletes,” Kamilla reported.

“Last year we held a series of educational seminars including lectures and tests for coaches and athletes. WADA gave a positive review of FIAS’s efforts to combat doping and noted the progress made among the sambo community over the recent years,” Kamilla added. 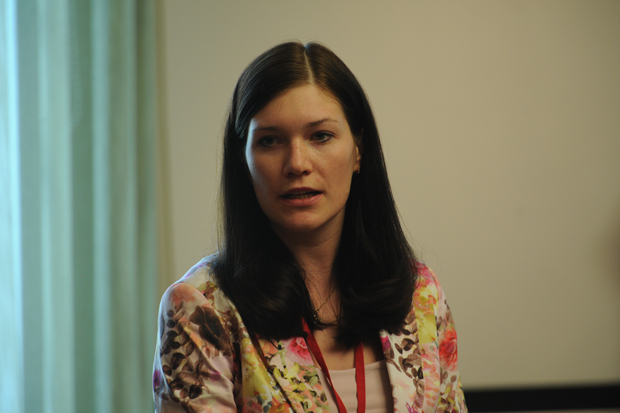 FIAS President Vasily Shestakov made a comment about the report on FIAS’s efforts regarding anti-doping: “This is a very important part of our work. I would also like to note the headway made in this direction especially as regards educating athletes and coaches in this vital issue of modern sport. I think it would be worthwhile to hold such seminars during continental championships this year.”

The FIAS Executive Committee issued a warning to the Irish Amateur Sambo Federation for violations in payment of membership dues and no participation of Irish sambo athletes in preparations for the European Games. The Executive Committee requested the European Sambo Federation to handle this issue and make an appropriate decision as soon as possible.

The Executive Committee also suggested that the FIAS Congress should expel from FIAS its associated member “Non-Commercial Organization “Sambo Support and Development Fund”. This point will be reviewed at the nearest FIAS Congress.

FIAS General Secretary Roberto Ferraris spoke about the progress of preparations for the World Youth Championship scheduled to be held in Cyprus in 2016: “The International University Sports Federation (IUSF) is already receiving applications for participation in the Championship which, as you may remember, is held within the framework of the IUSF general calendar of World Championships.”

General Director of the FIAS office in Lausanne Michal Buchel also noted: “This will be the world’s first championship among students. The organizers regarded Larnaca to be more interesting in terms of organizational opportunities, so they decided to transfer the World Championship from Limassol to Larnaca. Soon the Organizing Committee members will take part in the IUSF seminar scheduled for March this year. We selected a technical delegate for this championship – Serbian Patrik Drid. French Guillaume Alberti was appointed his deputy. There is a lot of work ahead but I regard the future of university sambo to be promising.”

The final item, “Miscellaneous”, on the agenda of the Executive Committee’s meeting included several points. President of the Korean Sambo Federation Mr. Mun proposed that the FIAS President Cup should be included in the FIAS calendar of sports events, with its tentative venue to be in the Korean city of Degu. Mr. Mun’s initiative was welcomed by the Executive Committee and it was unanimously decided that the event would already take place in 2015. The FIAS Sporting Calendar Commission headed by Sergey Yeliseyev will as soon as possible send to all members of the Executive Committee its proposals regarding the regulations and format of the future tournament. The tournament is intended to be made traditional.

The FIAS Executive Committee also made a decision that the official mascot of FIAS (along with the publically chosen one) would be a tiger. To remind, sambo athletes from around the world voted earlier at FIAS’s official website and selected a bear to be the FIAS mascot. The tiger as the sambo mascot will be not only a symbol of luck for all the sambo community but also give an impetus for FIAS to promote social programs for protection of animals and the environment in line with the recommendations of the International Olympic Committee.

In conclusion, FIAS President Vasily Shestakov awarded the following persons the FIAS badge of honor for a valuable contribution to the global promotion and development of sambo: Svetlana Yereghina, master of sports in judo, doctor of sciences and an author of many authoritative publications and books about sambo; Nobuyuki Asai, a member of the FIAS Executive Committee and FIAS Vice President; and Sergey Yeliseyev, President of the Pan-Russian and European Sambo Federation and FIAS Vice President. 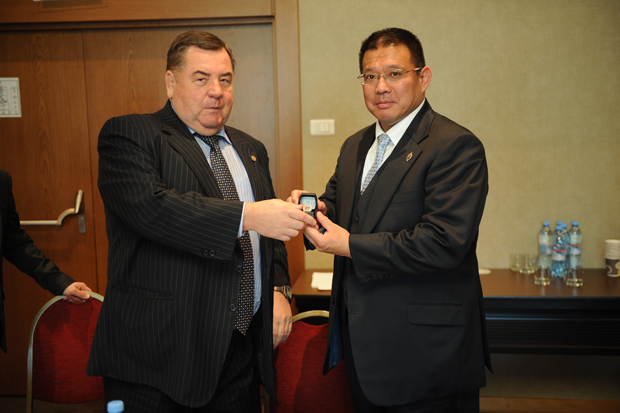