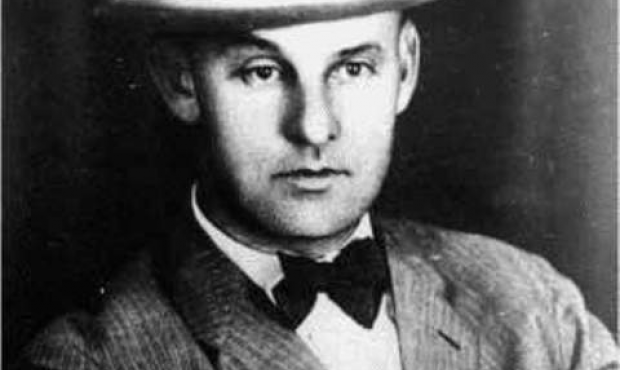 In the first week of September, the celebrations devoted to the memory of Vasily Oschepkov, the founder of SAMBO, a Russian sport and the unique self-defense system, one of the first Russian Japanologists, and the first Russian who has confirmed his masters degree in Kodokan Judo will be held in Vladivostok (Russia).

The official ceremony will be attended by Vasily Shestakov, FIAS President, Chairman of Solidarity NGO, Yasuhiro Yamashita, an Olympic champion and World champion in judo, high-ranking guests from Russia and Japan, and the administration of Primorsky Krai (Maritime territory). The programme of the event that will be held in the Olympian sports centre includes the ceremony of unveiling a memorial to Vasily Oschepkov and demonstration performances of judo and Sambo sportsmen.

“Only by knowing and respecting our history, we can properly determine the development vector and create the future. We, who are living in Russia today, need to know about people, who were at the outset of judo and SAMBO wrestling and contributed to the heyday of these martial arts not only in Russia, but on a global scale due to their devotion and service. I believe that the upcoming celebrations in Vladivostok is a landmark event, a guarantee of proper upbringing of our youth, and an evidence of successful development of the national school of martial arts”, comments Vasily Shestakov, FIAS President, the coming celebrations in Vladivostok.

Vasily Oschepkov was born in 1892 on Sakhalin. His patron protector was St. Nicholas of Japan, who established the Russian Orthodox mission in Japan. In 1911, Vasily Oschepkov joined the famous Academy of Kodokan Judo headed by judo’s founder Jigoro Kano. V. Oschepkov became the first Russian and the fourth non-Japanese to obtain a degree of master in Kodokan Judo. Upon his return to Russia in 1914, Oschepkov served as a language officer with the headquarters of the Amur Military District in Vladivostok. At the same time Oschepkov formed the first amateur circle for learning judo in Russia.

He gathered and systematised the variety of academic and practical information and thus he prepared a powerful base for the emergence of a new kind of sport – SAMBO. Vasily Sergeyevich learned the basics of various martial arts, modified techniques of judo and developed the sport aspects of the new sport style, developed training methodology, created sports clubs and conducted mass competitions (the Championships of Moscow and Leningrad originated in 1934).

In the context of his teaching activities in the I.V. Stalin State Central Institute of Physical Culture, he and his disciples carried out significant analytical and research work for developing a new sport wrestling style and the unique self-defense system, which currently is called SAMBO. The cause of Vasily Sergeyevich was continued by his disciples: NM. Galkovsky, B.A. Saghatelyan, R.A. Shkolnikov, and A.A. Kharlampiev.

In October 1937, Oschepkov was arrested on a charge of being a Japanese spy and ten days later he died of a heart attack. In 1957 he was rehabilitated.