Victories of wrestling and Japan 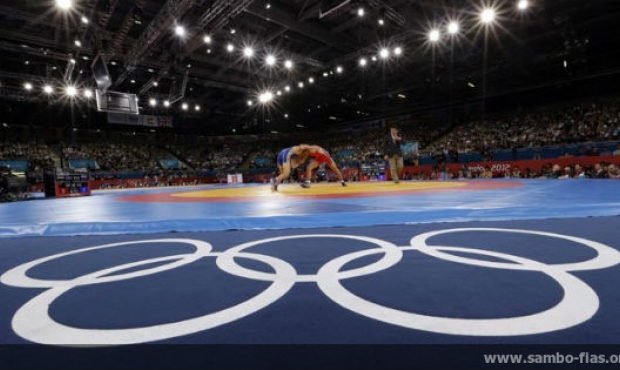 Wrestling as a traditional kind of sports has been included into the programme of the 2020 and 2024 Olympic Games. This decision has been made by members of the International Olympic Committee (IOC) in Buenos Aires. One more important decision on the capital of the 2020 Games was made by the IEC Executive Committee: Tokyo, Japan, was honoured to host the main Games of the quadrennium.

Thus, wrestling being the part even of ancient Games and included into programmes of all contemporary Olympics will be also presented in Tokyo-2020. Let us recall that it was decided by the IOC Executive Committee in February to exclude wrestling from the 2020 Olympic Games.

The following countries took part in voting for wrestling: Russia, USA, Iran, Japan, etc. Vladimir Putin immediately after the Executive Committee meeting in February gave an order to establish the working group, which performed a solid piece of work before the IOC session in Buenos Aires. Shortly after some objections the International Wrestling Federation (FILA) elected a new president – Nenad Lalovich instead of Rafael Martinetti.

The President of the Russian Wrestling Federation Mikhail Mamiashvili, legendary wrestler Aleksandr Karelin, American actor William Baldwin and many others arrived in Argentine to support wrestling. Wrestling expressly demonstrated that it can progress. The IOC members took this fact into account as well. According to the results wrestling received 49 votes, baseball together with softball – 24 votes, squash – 22 votes.

“It took little time for the International Federation of Associated Wrestling Styles (FILA) to perform hard and rewarding work on wrestling improvement and modernisation, on changing look and image of the FILA. I am convinced, that the victory, which was gained by the wrestling representatives in Argentine, will become a new starting point for development and promotion of this wonderful kind of sports in Russia and worldwide”, told Vasily Shestakov, President of the International Sambo Federation, commenting the IOC Executive Committee’s decision.

As for the electing the country for the 2020 Olympic Games, in addition to Tokyo Stambul and Madrid were among the applicants for hosting the Games. The Prime Ministers from the applicant countries came to support bids to host the Olympic Games. The final choice was made between Tokyo and Stambul by the IOC. Tokyo conquered the IOC members with its concept, according to which well-organised infrastructure for the Olympics is planned and all sports venues are planned to be located nearby. Besides, the Japanese delegation managed to convince the IOC members, that emergency Fukushima 1 Nuclear Power Plant is not dangerous for sportsmen and visitors of the Olympics and that Tokyo is one of the safest cities in the world.

“First of all I would like to congratulate Japan with that victory. This country has all opportunities to successfully host the main Games of the quadrennium. It should be noted, that some time ago the Japanese Sambo Federation submitted the bid to the FIAS for hosting the 2014 World Sambo Championship, which is planned to be considered at the FIAS congress in October. Japan is the country popular with its sporting traditions; and unique diligence of Japanese people make us sure that competitions in this country will be hold on the highest organisational level”, underlined Vasily Shestakov.