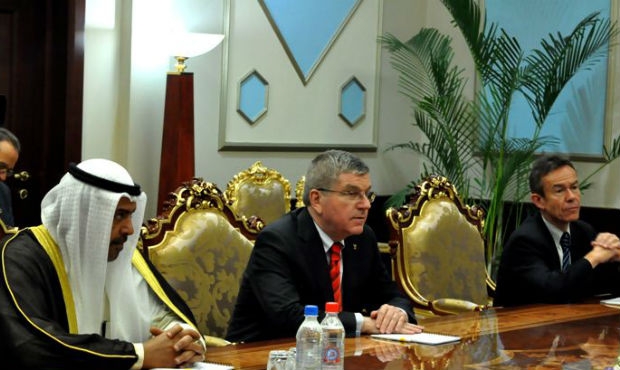 On June 12, the President of the International Olympic Committee (IOC) Thomas Bach attended a solemn opening ceremony of the first European Games in Baku.  And a few days later, the President, accompanied by the President of the Olympic Council of Asia (OCA), Sheikh Ahmad Al-Fahad Al-Sabah, made an official visit to Dushanbe. The theme of Olympic prospects of Sambo was raised during a meeting with the President of Tajikistan Emomali Rahmon and representatives of local sports community. 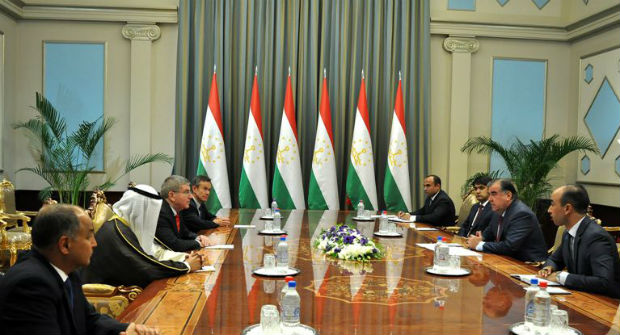 During the meeting with sports community of the country, that was held in the office of the National Olympic Committee of Tajikistan, the member of the FIAS Executive Committee and the first Vice-President of Sambo Union of Asia, Makhmud Abdulloev told IOC President about the progress of Sambo development in Asia and informed about the inclusion of this kind of martial arts into the programme of Asian Games. 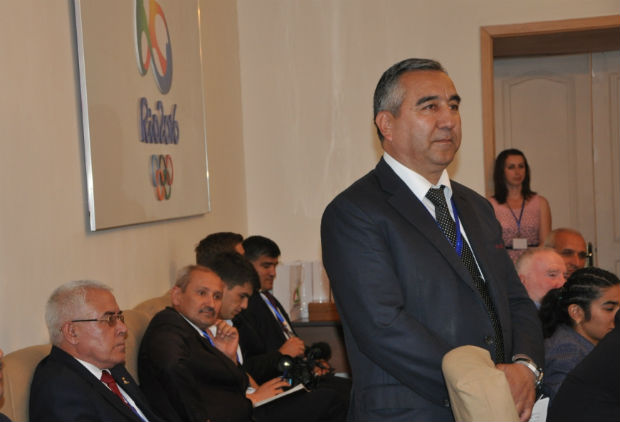 Thomas Bach declared that he was keeping an eye on Sambo development for the long time, and he also expressed his confidence that all activity, currently provided by the International Sambo Federation, was of great importance. In addition, the Head of IOC told that he met with FIAS President Vasily Shestakov at the European Games in Baku, where they discussed all aspects of Sambo development all over the world. 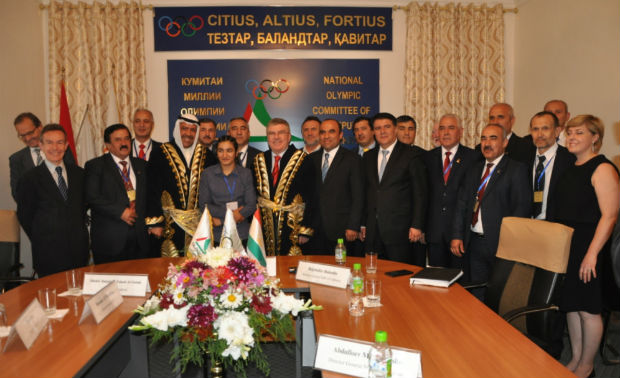 – The Head of IOC made a very positive impression on me. I want to note that I was surprised by his historical knowledge and great understanding of Sambo. We had very warm and friendly atmosphere during our meeting in NOC. I expressed my sincere appreciation to the IOC President and the OCA Head for their support in making Sambo more popular all over the world, – Makhmud Abdulloev told. – Today the Asian continent, famous for its wrestling traditions, is very successful in the development of Sambo. The decision of inclusion of our kind of sport into the programme of Asian Games confirms this fact one more time. 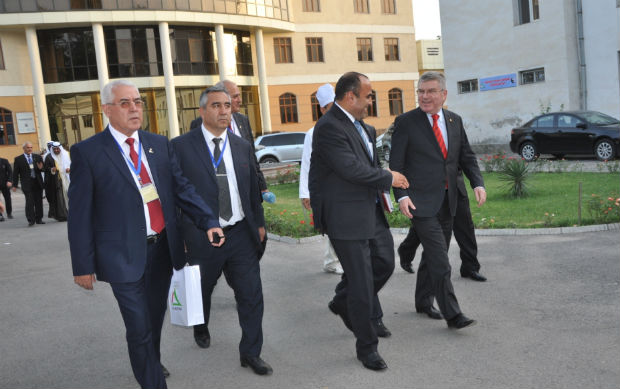 We want to remind you that last year the Sambo Union of Asia was recognized by the General Assembly of Olympic Council of Asia, and Sambo became one of 85 kinds of sport, supported by OCA. The OCA Executive Committee also made the decision to include Sambo into the Asian Games. At the same time last year Sambo was included into the programme of the first European Games. The tournament of our favorite kind of martial arts will be held on June 22 in Baku.