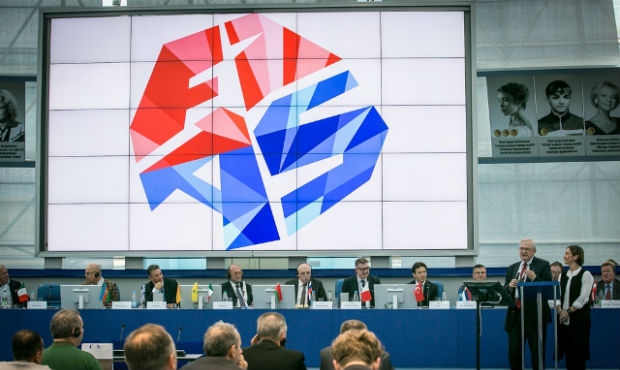 The organizer of the Congress of the European Union of Sports Press and head of the press service of the National Olympic Committee of Belarus Anastasia Marinina said: “The FIAS presentation at the Congress was one of the best; it was lively and emotional and really the most fun. It not only made all of us smile, but was also full of interesting knowledge about a sport that’s becoming more and more popular in the world today. The Sambo wrestlers “tested” elite European sports journalists with a comic quiz, and it turned out we have “expert” knowledge of Sambo. By the way, I'd like to note that the popularity of Sambo soared in Belarus and in Europe as a whole after the European Games in Baku, where the Sambo tournament was one of the best of the martial arts.”

The Seminar and Congress of the European Union of Sports Press was held in the capital of Belarus last weekend. Vice-President of the International Sports Press Association (AIPS) and head of the AIPS Sambo committee Nikolai Dolgopolov and FIAS media officer Natalya Yukhareva gave the FIAS presentation. The laughter and excitement of fighting, fun and prizes for winning the quiz made the Sambo presentation a memorable event for everyone at the event. The questions for the elite European sports journalists varied from the simplest – the Sambo titles of Stepan Popov, the hero of the European Games in Baku – to the more complex, such as what the abbreviation SAMBO means. At the end, the quiz prizes went to different countries of the Old World – from France and Hungary to Azerbaijan and Lithuania. The journalists learned something new about Sambo, and once again marked the press accreditation dates for the main FIAS competitions this year in their work schedules. 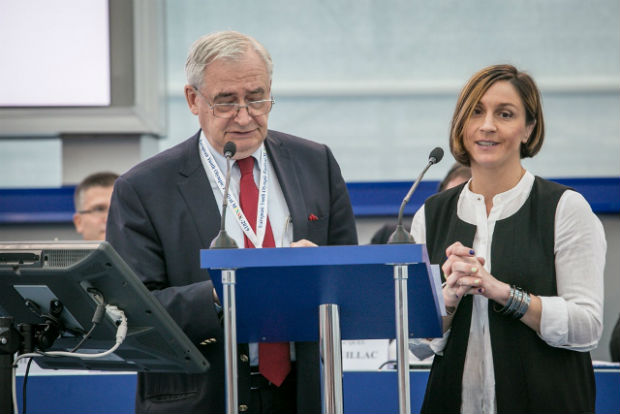 A separate and very important part of the presentation was devoted to the action of world champion and two-time European champion Stepan Popov at the European Games in Baku. During the final, after he won over an Azerbaijani, who suffered a serious injury in the fight, he picked up his opponent with a “fireman’s carry” and left the mat to the applause of the audience. The audience was applauding not only Popov’s phenomenal technique that won him a gold, but also admired his nobility and deep respect for his opponent. A short video of that moment was greeted with applause and shouts of approval from all the Congress participants. A lot of participants also talked about Popov’s action and mentioned it in the discussions and during meetings outside the Congress, and recalled all the publicity he received in the media during the European games.

As a result, after the Congress, the National Olympic Committee of Belarus decided to apply to the International Fair Play Committee for consideration of Stepan Popov as a candidate for this year’s award. For their part, the International Sambo Federation and the Belarus Sambo Federation support this initiative and will send letters of recommendation to the committee. 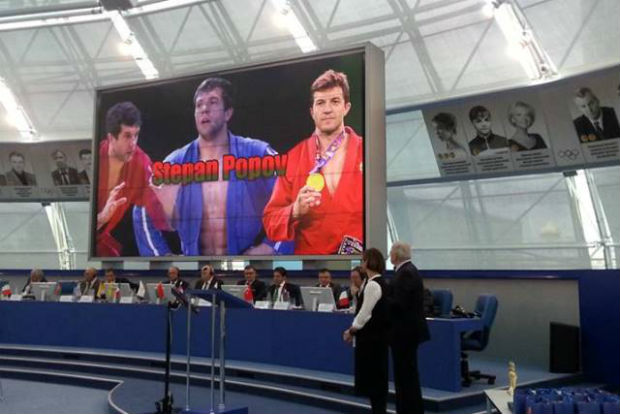 If Popov is awarded the Fair Play prize, he will be the first Sambo wrestler in history and the third Belarusian to receive this high award. The other Fair Play prize previously awarded to Belarusians went to Alexander Medved (Greco-Roman wrestling) and Vladimir Samsonov (table tennis). 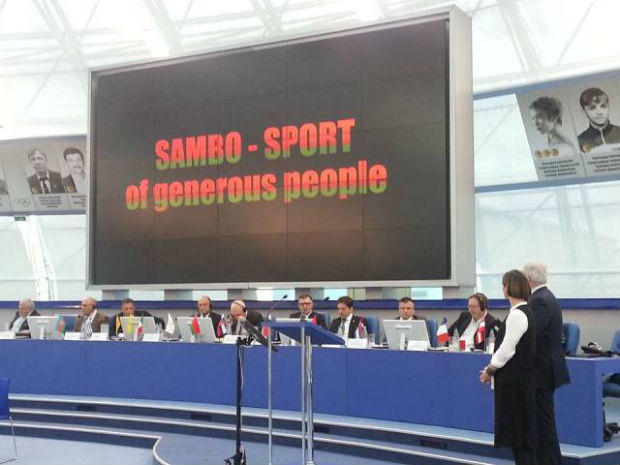