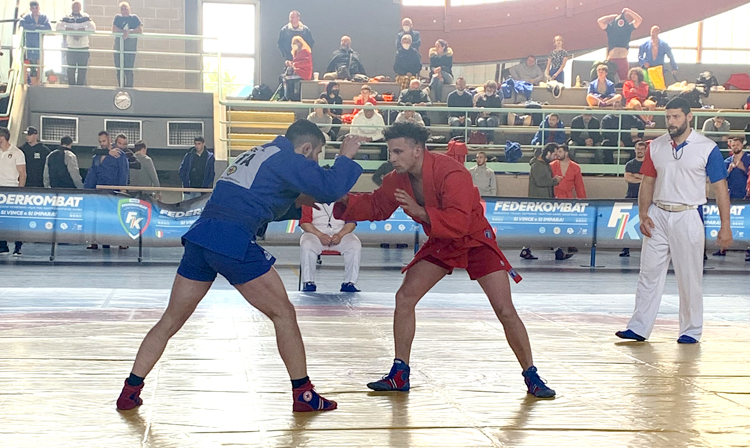 “The event was a great success thanks to the joint work of the President of the Lombardy Regional Committee Paolo Leoni, Secretary General of the Italian Federation of Kickboxing, Muay Thai, Shootboxing, Savate, Sambo (F.I.KBMS) Stefano Rigamonti and Federal Vice President Marco Bertoletti,” said Roberto Ferraris, head of the F.I.KBMS SAMBO Committee.

During the solemn opening ceremony of the tournament, distinguished guests awarded with a plaque of sporting merit the Lombard athletes who became winners at last year's absolute championships, as well as to the national team sambo wrestler Mattia Galbiati, who won a bronze medal at the 2020 World Championships. 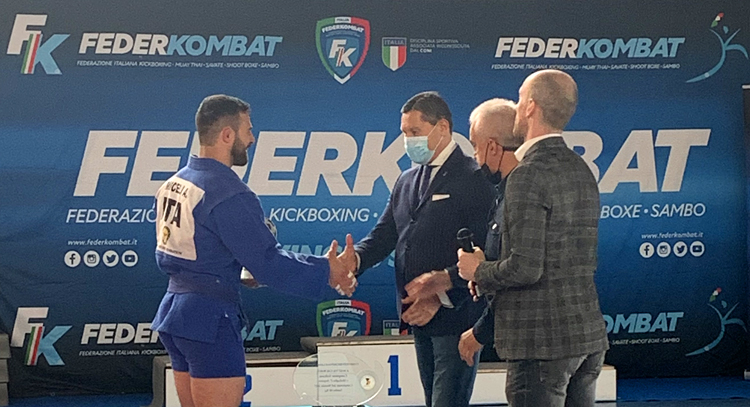 Then it was time for bouts on SAMBO mats. The victory in the Italian Championship among beginners (11-13 years old) was celebrated by Lombard athletes from the Paullese Gymnastics (MI) club and the Leonessa Brescia Academy (BS). After the end of their tournament, they turned into spectators of the Absolute Italian SAMBO Championship.

According to the organizers, a large number of sambists took part in the absolute championship of the country, thanks to which the competition for getting on the podium has seriously increased, especially when compared with last year, when the tournament was held in a pandemic. 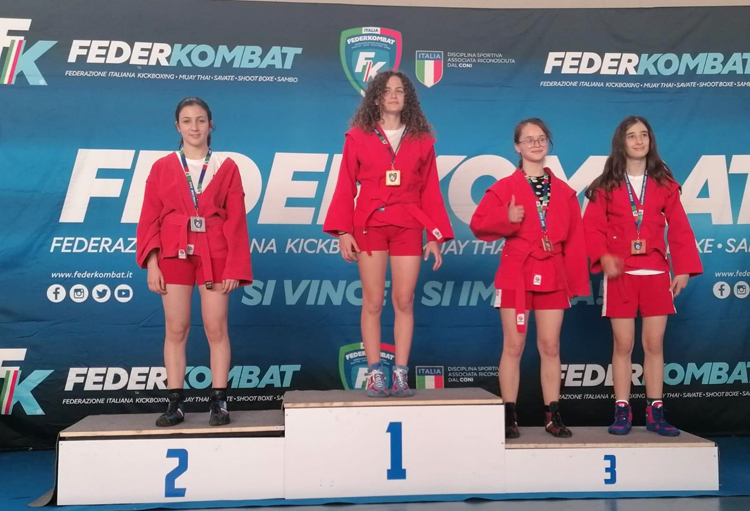 The championship gave the audience a lot of bright performances. In the competition among women, a young athlete from Piedmont, Vittoria Tassone, demonstrated a memorable fight, and she had no equal in the weight category up to 50 kg. Promising newcomers showed themselves powerfully in the men's tournament as well – in the absolute championship, Italian youths and juniors won several medals at once. 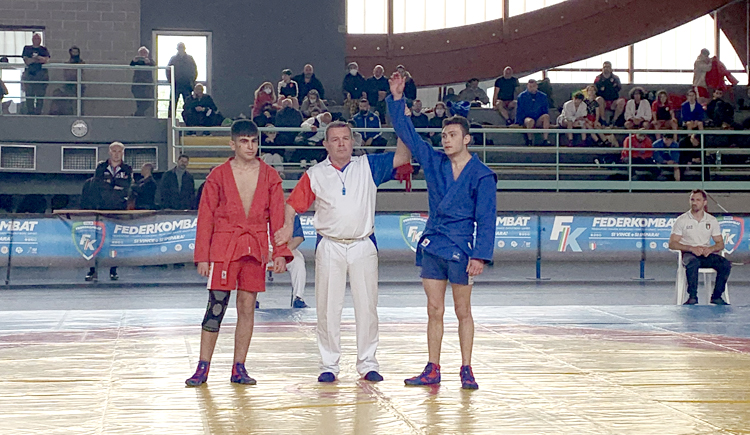 “These results are a clear sign of the ongoing generational change and evidence that the national coaching staff has a lot of work to do in the near future. It is important not to lose the existing potential and make a qualitative leap in order to make the ambitious of the Azzurri Athletes competitive in the international field,” Roberto Ferraris said. 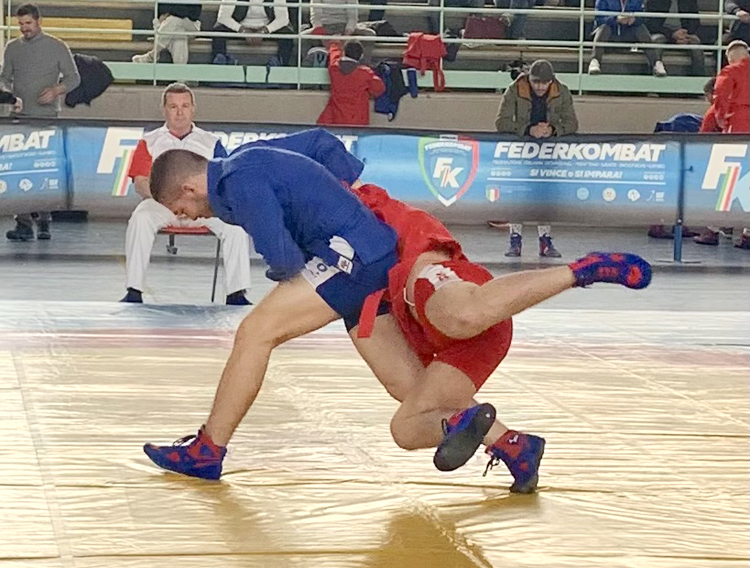 Competitions among men in Sports SAMBO were held in 7 weight categories. The winner in the category up to 58 kg was junior Stefano Avella, who completed all his fights at the tournament with an early victory. 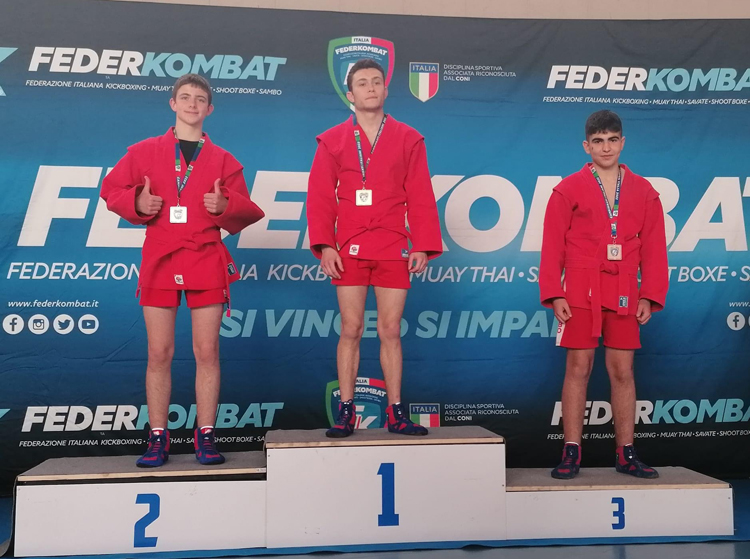 Another junior, Mattia Canevaro, who performed in the weight category up to 64 kg, stopped a step away from the first place, becoming a silver medalist. Alaa Rastellaqa representing the "adult" age category became the champion. 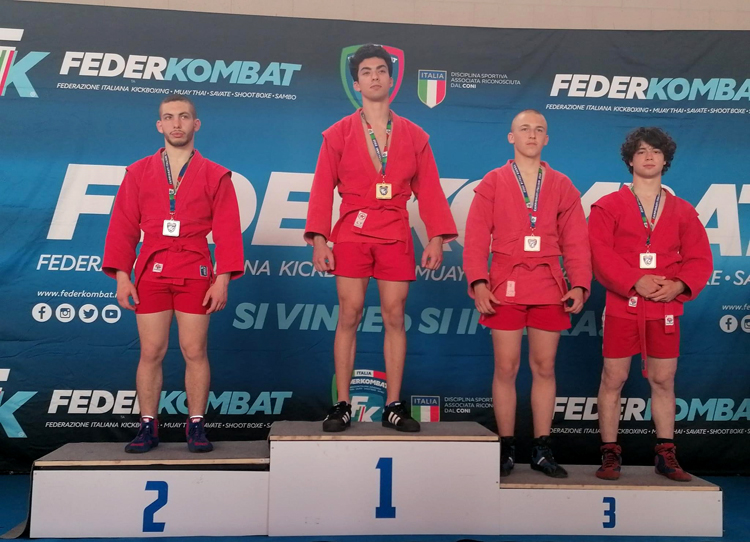 The main favorite in the category up to 71 kg Mattia Galbiati could not compete in the tournament due to the upcoming knee surgery. In his absence among the opponents, the Venetian Silvio Cici became the champion of Italy for the second time. In the final, he was stronger than Athos Lussignoli, who returned to SAMBO after a 3-year break. 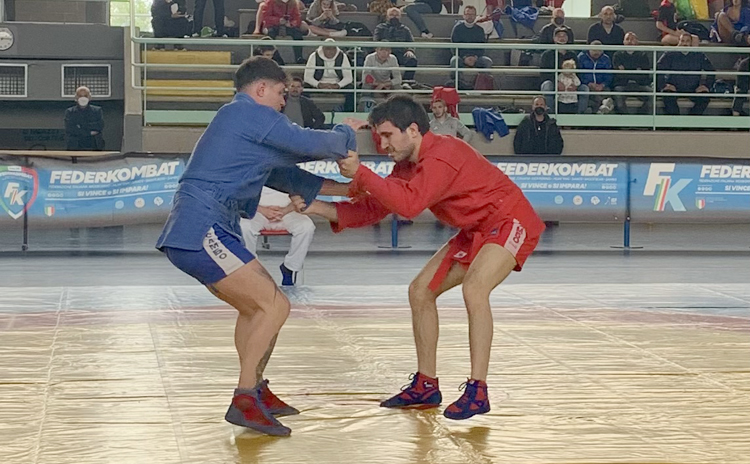 Emiliano Serafini won his first Italian title in the 79 kg weight category, and now a young athlete is preparing to compete at the international level. 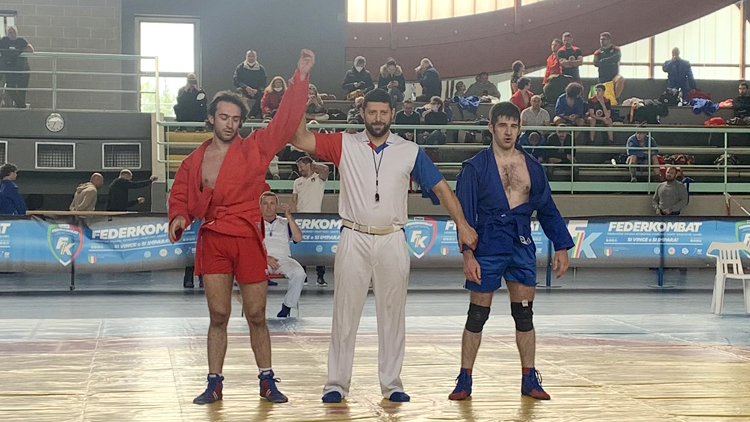 In the category up to 88 kg, the highly experienced Alessio Miceli clearly dominated. Despite the fact that he is preparing to switch to coaching, the sambist showed his class by finishing all the matches ahead of schedule, including the final with teammate Alessandro Binelli. 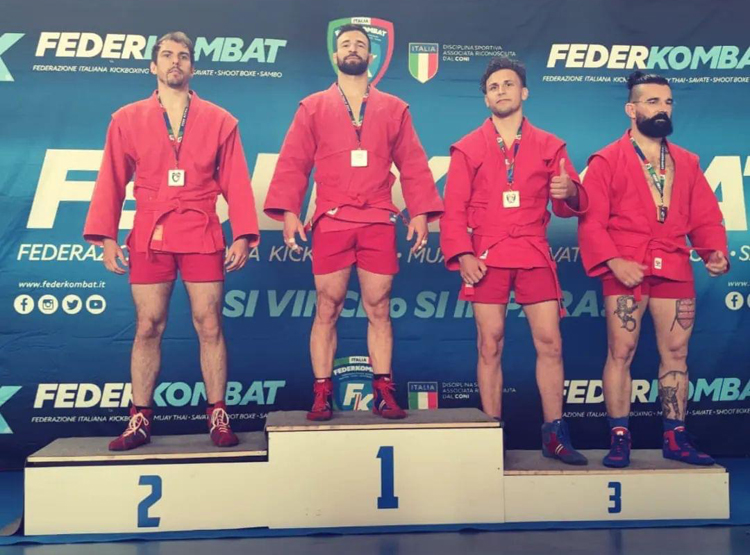 Also outwardly, Federico Cavanna won without difficulty. E paying attention to the shoulder problem that arose at the World Championships in Tashkent in 2021, he won the “gold” in the 98 kg weight category. 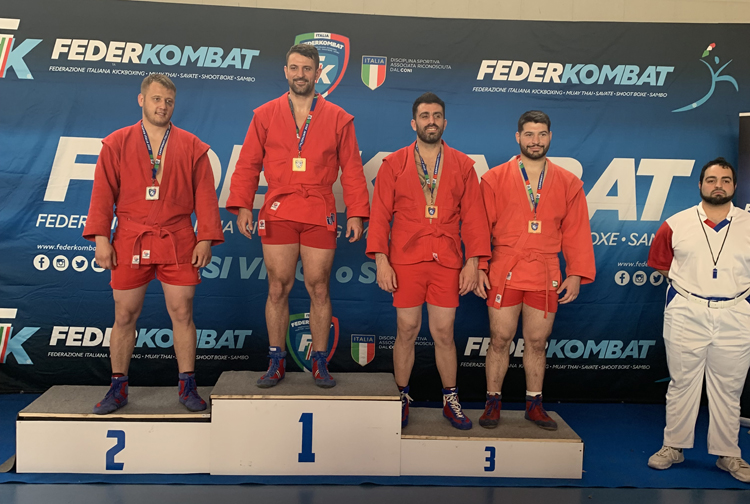 And in the heavyweight weight category over 98 kg, Pavel Gurghis knew no equal. He defeated all his rivals ahead of schedule. 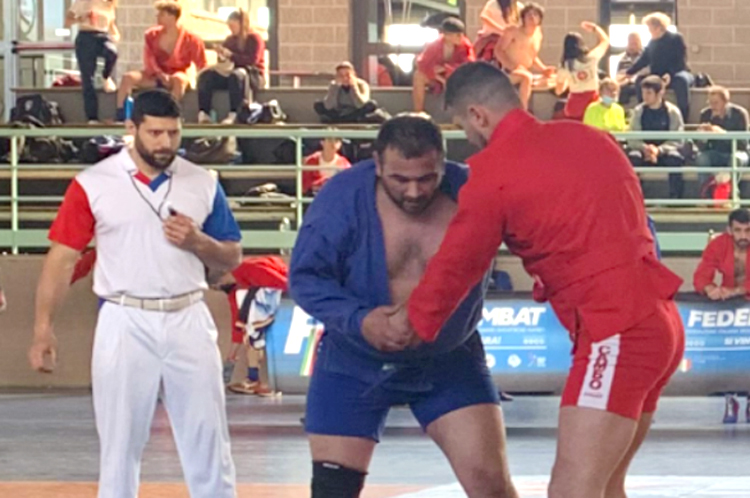 “It should be noted that the technical level of athletes has increased, especially in youth and junior classes. It is also important that medals, points for national rankings and points for classification were won by clubs from ten different regions. The geography of SAMBO in Italy continues to expand,” emphasized Roberto Ferraris.

Club statistics confirm these words. If earlier representatives of Lombardy dominated among the clubs on the podium, now clubs from three different regions have risen to the podium in the team standings: 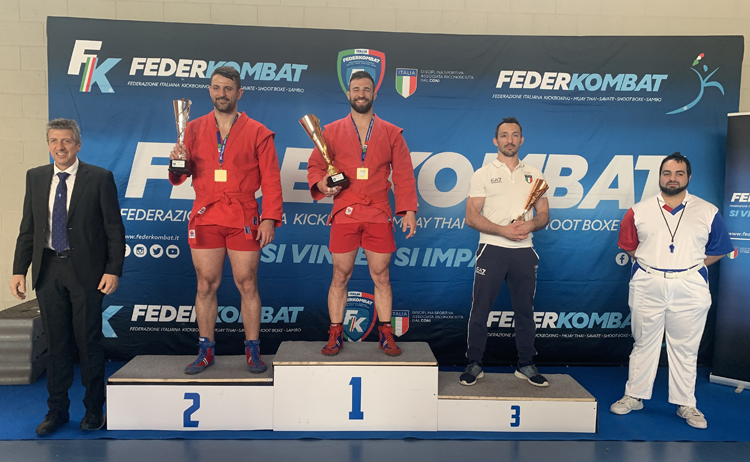 Based on the results of the tournament, a national team will be formed that will represent Italy at the European and World SAMBO Championships.