Sambo wrestlers bring the flame to the Olympics 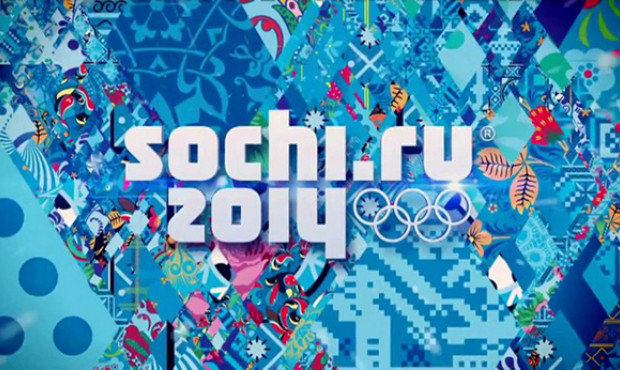 The official opening ceremony of the 22nd Winter Olympic Games in Sochi in 2014 will start today in the Fisht Stadium at 20:14 Moscow Time. Brilliant displays by performers and a packed show programme, official speeches by distinguished guests and the procession of sports delegations, traditional elements and surprises from the organisers – you’ll be able to see all this in a few hours’ time. As always, the culmination of the opening ceremony will be the moment when the flame is lit for the 2014 Games. The name of the person who will complete the Olympic torch relay is being kept secret. At the same time the FIAS website recalls sambo wrestlers who have taken part in the Olympic torch relay, delivering it to Sochi.

The eight-time women’s world sambo champion was a torch-bearer in the 22nd Winter Olympics flame relay on 13 November 2013 in Petropavlovsk-Kamchatsky. 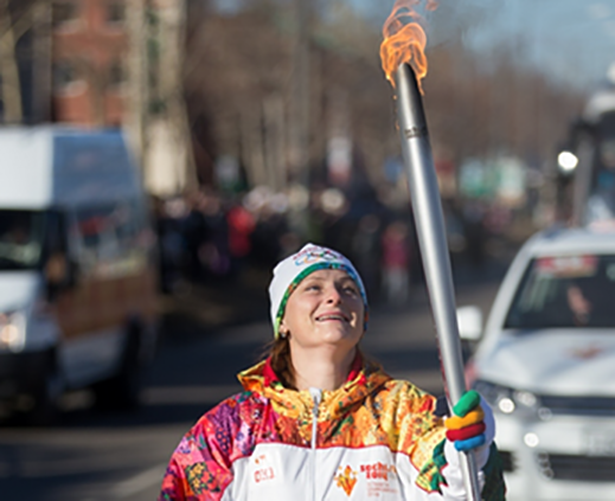 “It’s a great honour and responsibility. I’m full of excitement. This is the most brilliant moment in my life, alongside competing in the Atlanta Olympics in 1996 and meeting Vladimir Putin,” said Galyant. The world sambo champion has experience of appearing at the major four-yearly Games:

“At the Olympics I represented judo as well as sambo, which unfortunately is a non-Olympic sport. But I’m doing everything I can, and will continue to do so, to promote sambo to the Olympic family,” said Svetlana. She believes the only way to get sambo included in the Games programme is to make the sport more popular among the population and to increase the number of people involved in it:

“Everything is real in our world, and the problems of other types of wrestling should not deflect us sambo wrestlers from this idea. Every sport is beautiful in its own way,” she said.

The famous athlete and actor spent 13 hours flying from the USA in order to run 200 metres through the streets of Nizhny Novgorod on 8 January, carrying the Olympic torch. After his run, Oleg Taktarov gave an interview to Itar-Tass and said: “I was very excited and worried when I thought about how my stage would go, but it all worked out fine.” The well-known sambo wrestler also said that he intended to donate his Olympic torch to the museum in his home city of Sarov. After this the sportsman was mobbed by supporters who wanted to have their photo taken with him and get his autograph. 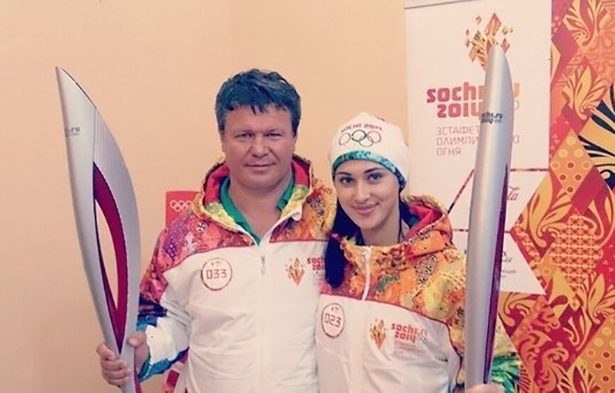 The legendary sambo wrestler admitted that he was thinking about the competitors in the Russian national team when he ran his leg of the 2014 22nd Winter Olympics flame relay. Fedor Yemelyanenko was the first torch bearer in the Belgorod stage on 17 January. 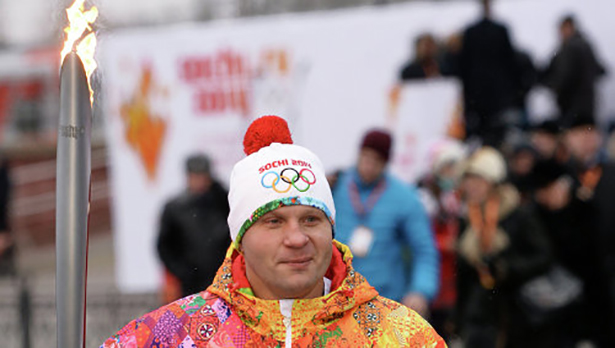 “Waiting for the Olympic flame is a special time for athletes and for sport. This is the second time I’ve taken part in the flame relay, and today I’m running on my naïve soil, through sacred Belogorye. I dedicate this run to our Olympics competitors and wish them nothing but victory,” Yemelyanenko told journalists. The sambo wrestler admitted that during the games in Sochi he would be following “every sport, but especially ice hockey and the biathlon”.

Mikhail Martynov, holder of the Honoured Master of Russian Sport award for sambo wrestling and chief coach of the Moscow sambo team, carried the Olympic flame through the streets of Bryansk on 15 January. 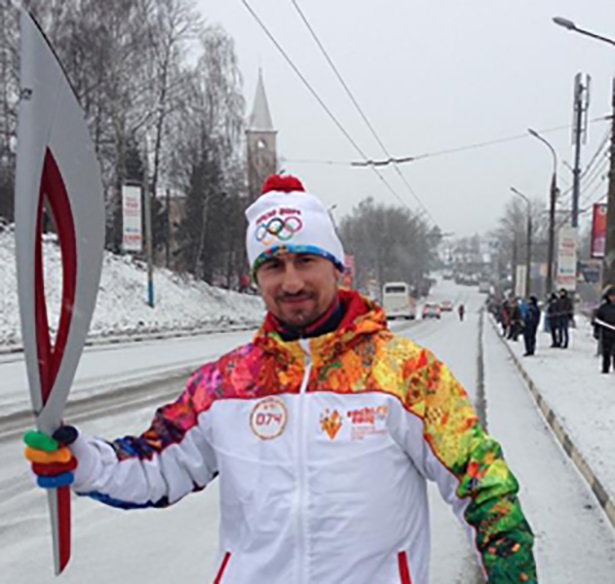 “It was as exciting as the build-up to competing, and an immense joy!” said Mikhail, sharing his emotions. “There was a great deal of positive energy around during the procession! I don’t think it should be any other way! After all, we the athletes have brought the energy that I believe will help the competitors in these Russian Olympics across the whole country!”

Irina Rodina, the eleven-time women’s world sambo champion, also compared her feelings in preparing for the Olympic torch relay with the excitement that comes before the start of an event. She carried the Olympic flame in Perm on 4 January. 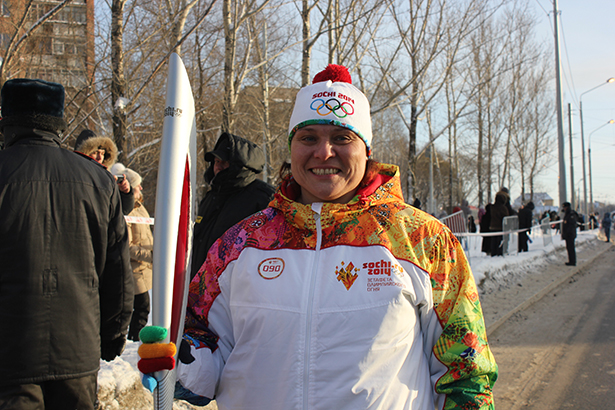 “I got up this morning with the same butterflies in my stomach as I usually get before competing. It’s a great honour and responsibility, and I’m proud to have this chance to carry the Olympic torch through my home city,” said Irina.

We have quoted only some of the sambo wrestlers who have been involved in the torch relay for the 22nd Winter Olympic Games. The list of all the representatives of our favourite sport who have been torch bearers can be a separate article on the website. This shows that sambo is already effectively becoming part of the Olympic family and is increasingly improving its chances of getting included in the Olympic Games programme.

Vasily Shestakov, President of the International Sambo Federation, who is currently in Sochi in a series of numerous working meetings which are filling his days at the Olympics, shared his emotions about the Winter Olympics that are just beginning: “The surroundings here are just stunning – very impressive and moving. The scale of these Games, and the Olympic ideal that stands behind everything now happening in Sochi, is also reflected in the daily contact between everyone taking part in this festival of sport, and in the reactions of the spectators, the excitement of the competitors and the words of the distinguished guests. Sochi is now permeated with that Olympic ideal – the spirit of unity and creativity and at the same time of competition and confrontation – the confrontation of hearts and minds, spirit and body. I am sure that these days will bring all the spectators some beautiful sports contests and unique records! But today, of course, we’re all looking forward to the opening ceremony.”