In France SAMBO was recognized as a high level sport 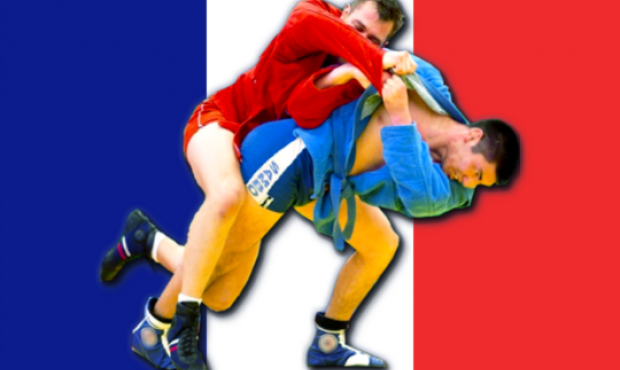 It is not a secret that the position of the Federation recognized by the National Olympic Committee of the country or a major national sporting body gives a lot. That is both their privileges, a definite status and to some extent responsibility. Privileges – are because it gives the sport the possibility of additional funding by government and backers, and the status and responsibility mainly consist in a high level which it should conform to and the most important – to improve it continuously.

But there are other mechanisms to promote the sport in some countries. And France – is just the case. The country of Fashion has its sports hierarchy and its measure of popularity and level of development of the sport in the country.

The International SAMBO Federation is proud to announce that this week French Ministry of Sports recognized SAMBO as a high level sport. Certainly, this recognition is a proof of the fruitful work that the leaders of SAMBO in France have carried out over the years.

The procedure for such recognition was based on the dossier formed by French SAMBO Federation and worked at thoroughly by it in close cooperation with FIAS. It is this dossier that was considered by the main sports authority of France, and a verdict for French SAMBO was reached. The verdict is positive and pleasant not only for the French but for all the fans of SAMBO, both in Europe and the world.

Note, that in France SAMBO has been developing under the auspices of French Wrestling Federation since 1972. French Amateur SAMBO Federation, the president of which is Lyabrus Etienne, was founded 13 years later. Then for many years French SAMBO was characterized by the time of differences and misunderstandings. In 2007 the Ministry of Sports included French SAMBO Institute established in 2001, in French Wrestling Federation, where Mr. Jean-Claude Seryutti was elected as the president of French Committee of SAMBO.

But these are official issues and as for us, the fans of SAMBO, numerous spectators, experts and athletes, all of us has consistently seen stylishly equipped, smiling and friendly team from the country of Fashion at all major competitions held under the auspices of FIAS. French SAMBO practitioners – are permanent members and often medalists of the Stages of the World SAMBO Cup, continental and world championships, both among adults and youth.

We hope that the reacquired high status of SAMBO will give an additional impetus to the development of the sport in France, and in this regard the competitiveness of French SAMBO practitioners will be even higher. We believe that from this day SAMBO favourites should beware of athletes whose SAMBO jackets are adorned with a bird, symbolizing France and the red-blue-white tricolor. Now they are not only technically and physically fit, but additionally motivated and charged!