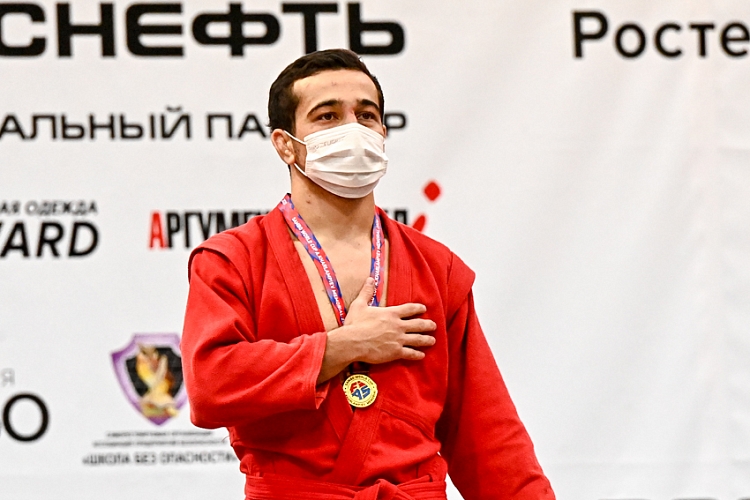 Sambist from Uzbekistan Sarbon Ernazarov has successfully completed his sports year. At the World SAMBO Cup “Kharlampiev Memorial”, which took place on December 18-19 in Moscow (Russia), Sarbon managed to win a gold medal in the weight category up to 74 kg in Sports SAMBO. Sarbon spoke about this and many other things in an interview with the FIAS website right after the end of the competition.

Congratulations on your victory, you had a very entertaining fight in the final...

- Thank you, the fight with the Russian athlete was really very principled. Earlier I already lost twice to Ramed Gukev at the International tournament for the prizes of Aslambek Aslakhanov, and both times with a score of 0:2. This time it was necessary to win, to prove that I was better.

In the final, the referee stopped the fight twice. What happened?

- The first time the stop happened after the reception, which I gave, probably causing pain to the Russian athlete. My technical action was carried out within the framework of the rules, but despite this, I apologized and told Ramed that there was no intention on my part. The second stop took place in the middle of the bout because, as a result of the struggle, I already pulled my back. What can we hide, the fight turned out to be difficult for both of us. 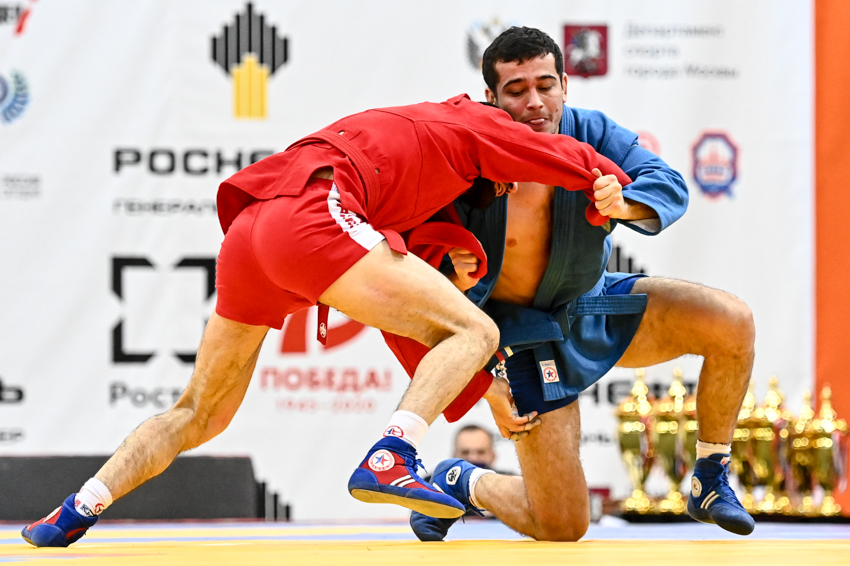 How did the previous fights develop?

- In the semifinals, I met with the silver medalist of the 2018 World Championships in Romania. We had already fought before, and I won, so the opponent was clear to me. Considering that I have been participating in international competitions for a long time, I know almost all athletes well.

Are they predictable for you?

- Not certainly in that way. I know their features, and they know mine. But this is both an advantage and a disadvantage. It was necessary to come up with a different strategy.

That is, there was a strategy for each fight?

- Yes, each opponent is special, each has its own strengths and weaknesses. Someone prefers to fight downstairs - on the first floor, someone in a rack - on the second. The first fight with the Turkmen sportsman turned out to be difficult. We hadn't met before, so we had to improvise.

How difficult has this year been for you?

- It was difficult not only for me, but for all athletes, for all sports. Let's remember in what conditions the World Championships were held. Not all countries came, although all the main rivals competed. 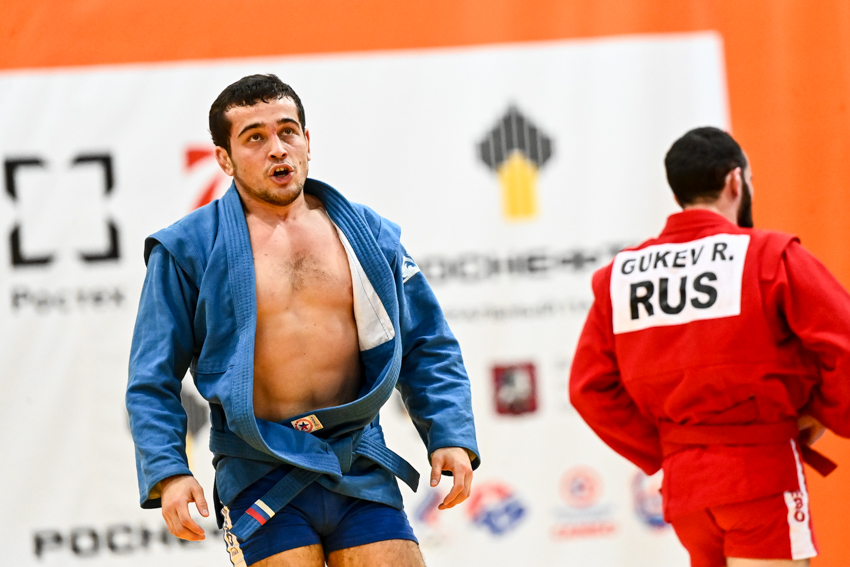 That is, a smaller number of participating countries means that there will be fewer fights, but this will not make them easier?

- Quite right. Both 40 and 50 people can compete in weight, but at the draw you can get into the subgroup, from which you will reach the final, without even breaking a sweat. The bouts are different, so it is not the quantity that matters, but the quality. And the quality at the World Championships was high.

How did you prepare for the tournament?

- I was very actively preparing for the World Championships in Serbia. Our training camp took place in the mountains. For the past two years, our sport has been given a lot of attention in the country - thanks to the President of our federation Alisher Alimov, our senior coaches, my personal trainer Roman Shakirov. Recently, the attitude towards SAMBO in our republic has changed a lot. The mass media are actively covering the competitions, recently Khabib Nurmagomedov came to the press conference, our sambists are everywhere on TV. Therefore, we were well prepared for the competition, not only physically, but also psychologically.

That is, now you feel high attention from the state?

- All thanks to the president. Members of the Olympic Committee, the Minister of Sports know us, everyone knows us. I am sure that when we return to Uzbekistan, there will also be a lot of attention.

I was preparing hard for the World Championships, but I almost did not prepare for the World Cup, as I was not sure that it would take place. The final clarity appeared only two weeks before the tournament, as they say, all that remained was to collect things and come. 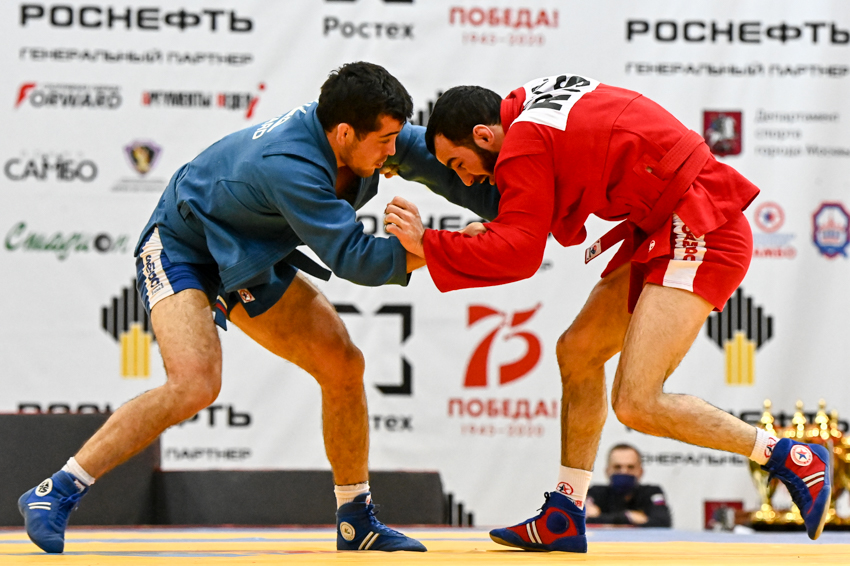 Did the absence of spectators in the stands somehow affect you?

- Yes, the presence of spectators, of course, matters. But it happened so that for 5 years I studied in Moscow, so I performed today like at home.

Generally speaking, a sambist should not depend on external factors: going out on the mat, you need to see only your opponent, everything else is a matter of your preparation.

What does this gold medal mean to you? How valuable is it? 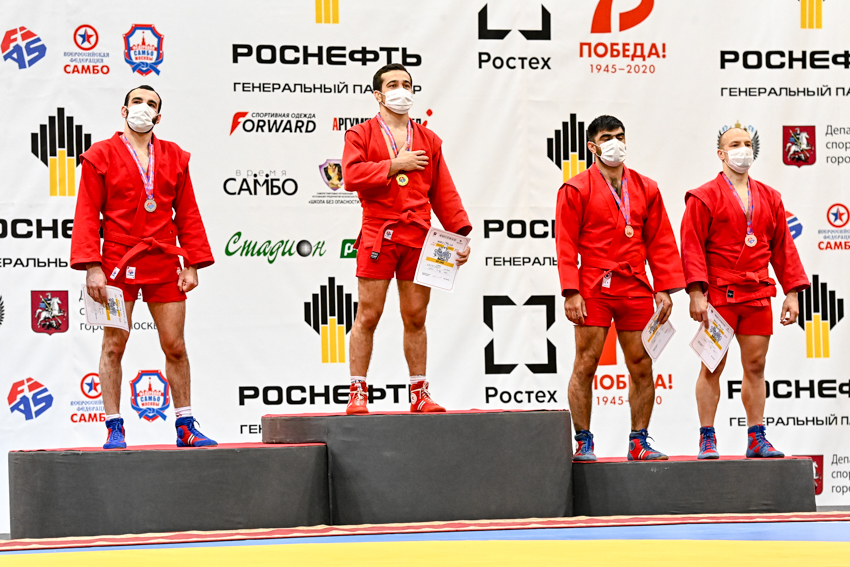 - Then we celebrate the New Year, we have a rest, we gain strength. I want to spend this time at home with my family. Weight categories will change after the new year, and this will need to be taken into account when preparing. For the last 10 years I have been fighting in the weight category up to 68 kg, only this year I competed in 74 kg for the first time. My usual weight is 73-74 kg, so the category up to 71 kg is the best option for me.

Well, the main goal is “gold” at the World Championships in 2021.