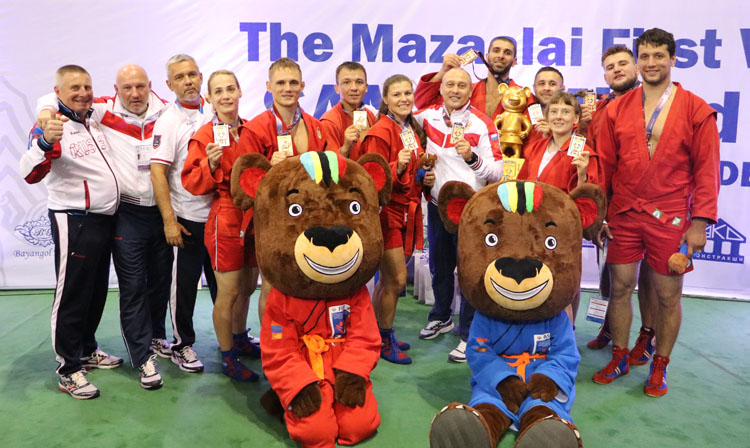 The first SAMBO World Cup among mixed teams was held in the capital of Mongolia, the city of Ulan Bator on July 14. The tournament was attended by mixed teams of different countries consisting of 3 women, 3 men in Sports SAMBO and 3 men in Combat SAMBO.

The first place in the tournament was won by the Russian team, which in the final proved to be stronger than the host of the tournament - the team of Mongolia with a total score of 6:3 in bouts. The national teams of Belarus and the People's Republic of China became the bronze medalists of the tournament.

The prize fund of the Team SAMBO World Cup was 70 thousand US dollars and was distributed as follows: 1 place - 30 thousand, 2 place - 20 thousand, 3 place - 10 thousand for each of the teams.