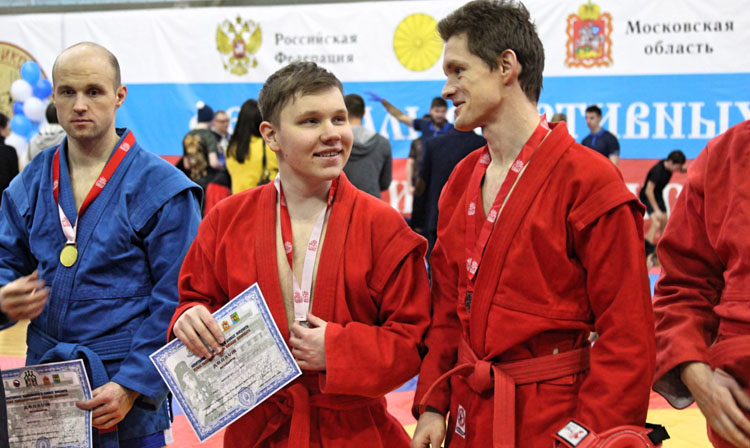 On February 2, the SAMBO tournament for Men among the Visually Impaired was carried out in Pushkino, Moscow Oblast, in the framework of the 8th Open Festival of Competitive Wrestling and Martial Arts, ‘The Saint Nicolas of Japan Cup’.

The tournament was notable for the fact that all the sambists (both totally and partially blind) were competing on an equal footing since the combats were performed in specialized helmets which totally blindfold an athlete’s sight. Sambists contended in five weight categories: 62 kg, 74 kg, 90 kg, 100 kg, and over 100 kg. 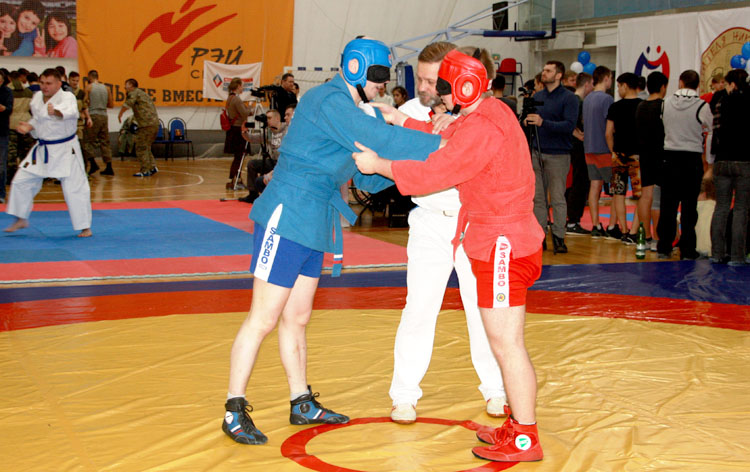 For the eighth year in a row, the Union of Orthodox Fighters functioning under the aegis of the Ministry of Physical Culture and Sports of Moscow Oblast acts in the capacity of an organizer of the martial arts festival inclusive of the disabled athletes of various groups.

The opening ceremony of the tournament was attended by Kirill Sokolov, co-chairman of the Union of Orthodox Wrestlers, priest of the Russian Orthodox Church (ROC); Georgy Dyakhterev, Master of Sports of the USSR in SAMBO, spiritual adviser of the disabled athletes, a ROC priest; Yury Borisochkin, an Honoured Coach of the USSR, senior coach of the national SAMBO team of Russia; Roman Novikov, the Head of the Commission for Promotion of SAMBO among the Visually Impaired and the Blind of the Russian Federation of SAMBO; Viktor Ignatenko, a referee of international qualification in SAMBO, a senior coach of the Russian SAMBO team for the Visually Impaired; Natalya Novikova, President of the ‘SAMBO for Blind’ charity foundation. 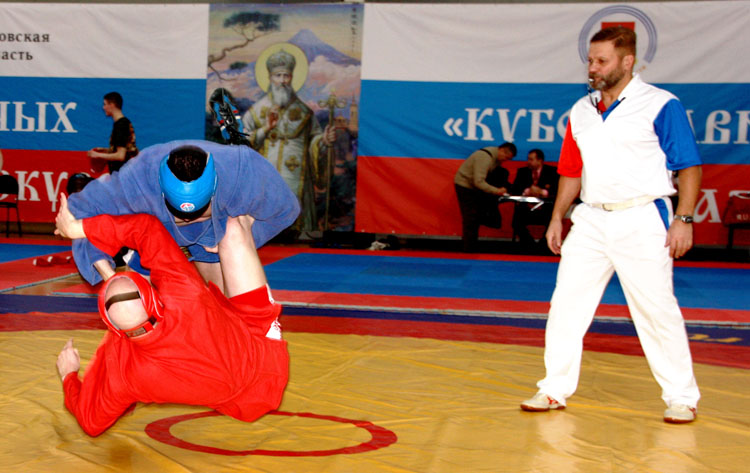 In the framework of the tournament, the specialized helmets which enable equal competitive conditions for both totally and partially blind fighters have undergone their final tests. Representatives of Raysport, the helmets’ designers and manufacturers – director Yury Vishnyakov and chief designer Konstantin Pereseykin – were carefully surveying the blindfolded combats and interviewing fighters regarding the comfort level of their devices. 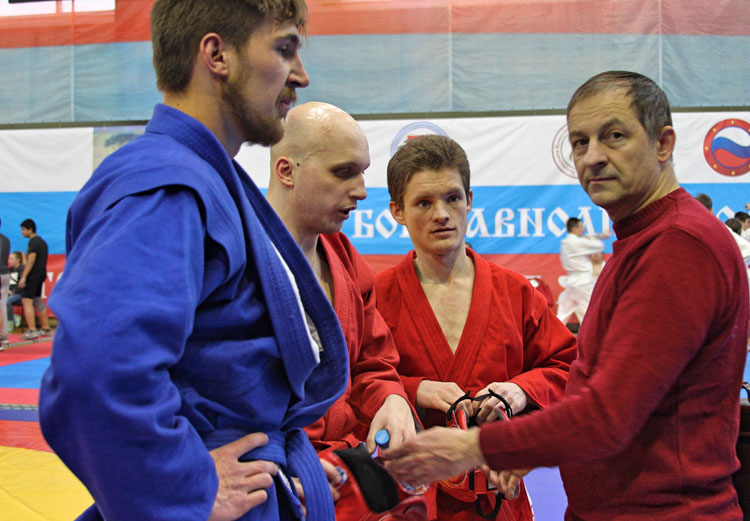 The tests passed successfully, with no critical comments from visually impaired sambists received. Based on the results of the tests, there was issued and signed a certificate that would be considered in the next revision of International Rules of SAMBO for the Visually Impaired. Yury Vishnyakov gave Roman Novikov 20 helmets for blind sambists gratis. This would allow for testing the helmets’ strength and durability in training mode. 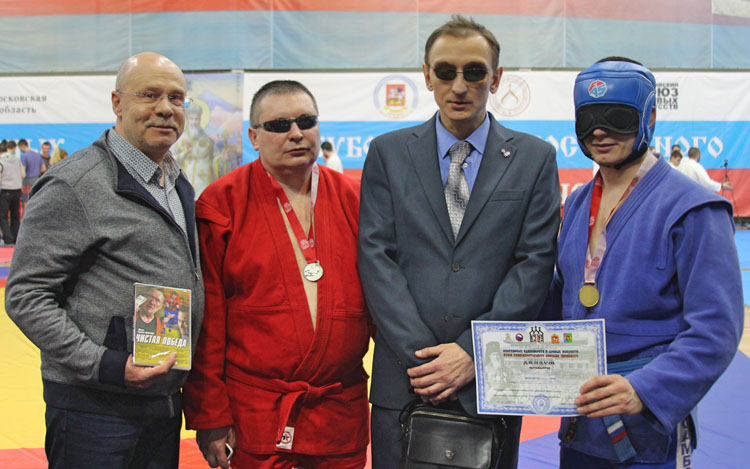 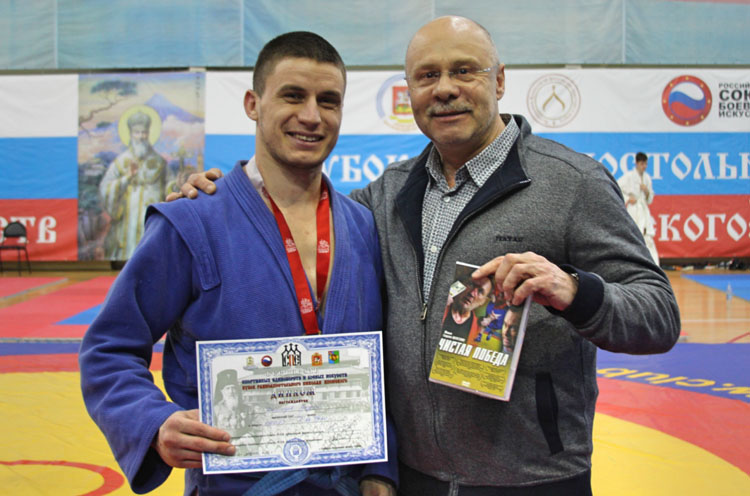 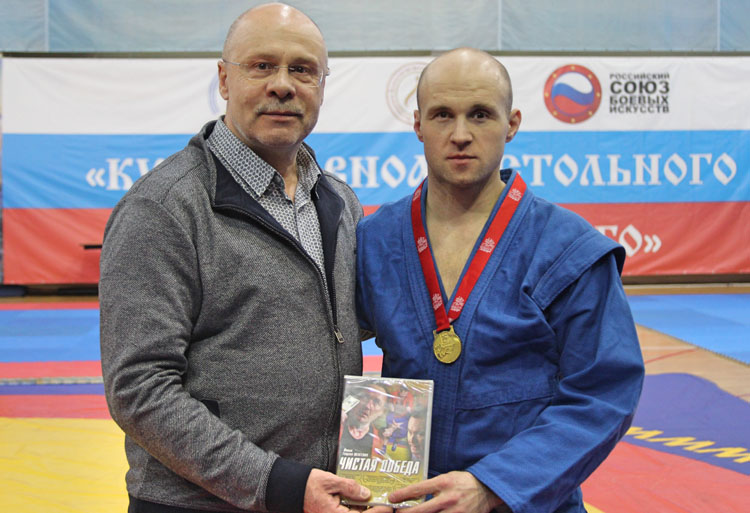 Following the awarding of the prize-winners of the competition, the festival opening ceremony was held. 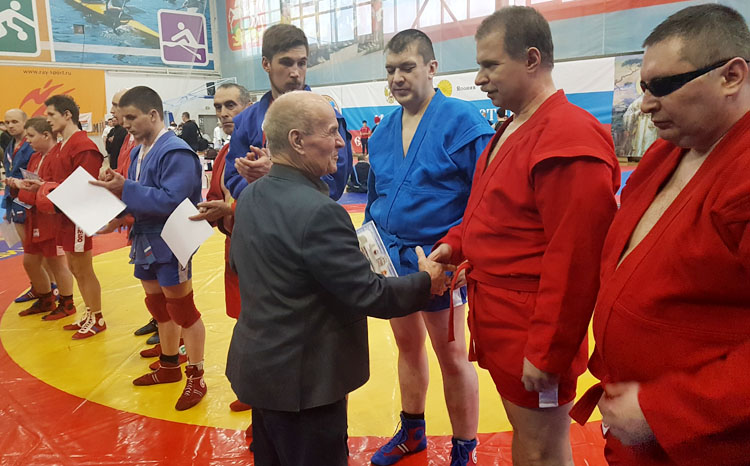 Co-chairman of the Union of Orthodox Wrestlers Boris Antonov read out the welcoming address of the President of the International SAMBO Federation Vasily Shestakov, while visually impaired sambists Andrei Demidov and Dmitry Mitrofanov showed an exhibition SAMBO performance.

The results of the tournament in SAMBO held in the framework of the 8th Open Festival of Competitive Wrestling and Martial Arts, the 2018 Saint Nicolas of Japan Cup