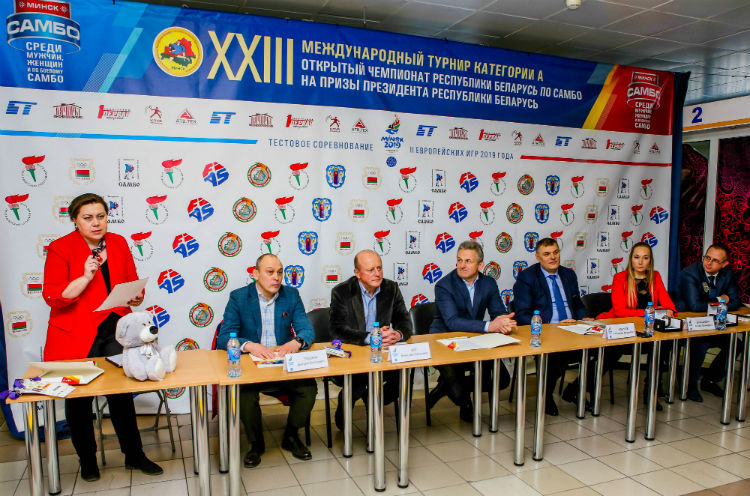 On February 21, in the run-up to the start of  International SAMBO Tournament for the Prizes of the President of the Republic of Belarus Alexander Lukashenko, a media conference dedicated to this event was given in Minsk.

A characteristic feature of this year's tournament is that it will become a dry run in the lead-up to the II European Games that Minsk will host in June. To recap, the Games program will incorporate a sports SAMBO tournament in 9 weight categories for men and in 9 ones for women. The venue for the SAMBO competition within the European Games will be the Minsk Palace of Sports that on February 22-23 will host the International SAMBO Tournament for the Prizes of the President of Belarus.

Anatoly Kotov, Deputy Director of the "Directorate of the 2019 European Games" Foundation has stated that these competitions should give both participants and spectators a lot of pleasant surprises. 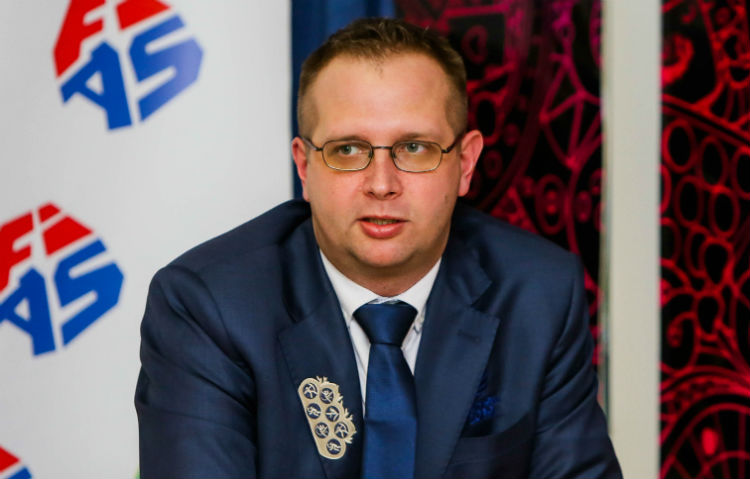 'It's fine that the tournament starting tomorrow will be the first real test event on the way to the II European Games. We have already staged a large number of competitions in various sports, but it is starting from this tournament that a new page begins in the history of organizing international competitions in the Republic of Belarus,' he claimed. 'I hope that our colleagues from the International SAMBO Federation, as well as those from national SAMBO federations, will appreciate the work that we have done.'

According to Anatoly Kotov, a whole range of different systems will be tested during the current tournament.

'One example is the accreditation system that has been developed in compliance with all rules and formats. Also, tomorrow you will be able to witness the operation of special awards groups, the protocol group, sports presentations group, it is something that has not been used so often in our country in so far. The public would see spectacular entrances of athletes to their fights that would lend a certain colorfulness to the competitions. A new format for television shooting has also been designed; also, a new system for recording and registering the competition scores and results will be put into operation, to be tested now and then to be used in the course of the European Games,' Kotov said.

He expressed his hope that the competitions would be carried out impressively and eventfully, due to all the innovations and well-coordinated team efforts.

'In essence, this is a preliminary announcement of the SAMBO competition format that will be finally presented at the European Games,' explained Anatoly Kotov. 'At the 1st European Games, Belarusian sambists proved their excellent level with the medals they won there, and they were also remembered for that remarkable icing on the cake, Stepan Popov's noble act of sportsmanship. Our Directorate team will try and do their best, so that the European Games in Minsk should be well remembered by all.'

Sergey Tabakov, Technical Delegate of the II European Games, FIAS Executive Director, has admitted that every time he comes to Minsk he feels as though he comes home. 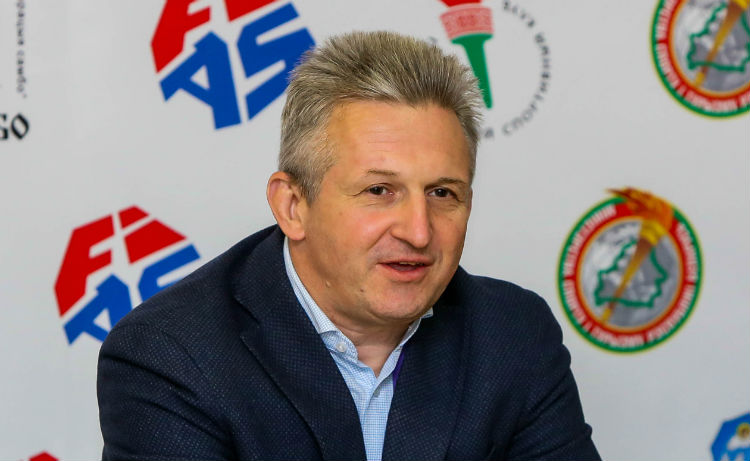 'When I was nominated for the job of the Technical Delegate of the Games, I willingly agreed to contribute to this significant spectacular sports festival. As to the strategy of FIAS, we aim to present our sport at as many multi-sport competitions as possible. This facilitates our integration and allows us to better adopt the global best practices. Every year, the International SAMBO Federation stages a lot of competitions, yet some minor details might still be found wanting. Such details can be gleaned at multi-sport competitions. Besides, the European Games should provide some fine experience for both the Belarusian and all other national SAMBO federations,' argued Tabakov.

He also mentioned the fact that he was holding a position of Technical Delegate of the 1st European Games in Baku.

'Those Games went off pretty colorfully, and the success of the Belarusian athletes in Azerbaijan has not yet been forgotten. This time, I wish the Belarusian sportsmen to perform no less decently, to give their opponents, and especially their main challengers, a good run for their money. I hope they will succeed in this,' underscored Sergey Tabakov.

Alexander Kobrusev, the Chair of "Byelarussian SAMBO Federation", stated that this year, the preparation for the tournament that was viewed as a test for the II European Games proved to be quite special. 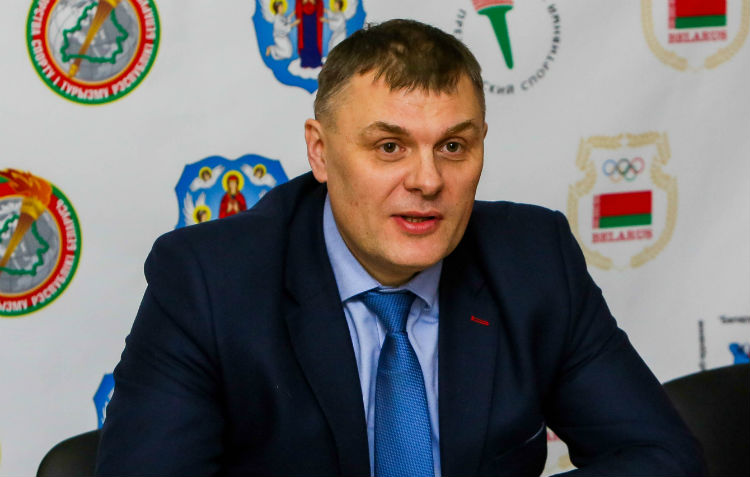 'For us, this is a very significant event, we were honored to be the first ones to try out a new system for holding and maintaining competitions. Besides, in accordance with the results of the tournament, the national team will be finally formed, and it will take part in the forthcoming European Games, as well as in the other international competitions of this year. Of course, as our athletes perform on their own home grounds, they are getting ready to fight a serious battle against their opponents and to successfully perform in front of their own audience. We invite everyone to visit our tournament and watch the competitions, which will most likely turn out to be a spectacular show produced by the efforts of the Directorate of the II European Games,' claimed Alexander Kobrusev.

Ksenia Valakhanovich, Chair Assistant of the "Presidential Sports Club" RGOO has stressed that the organization she represents is supporting the International SAMBO Tournament for Prizes of the President of Belarus since its inception. 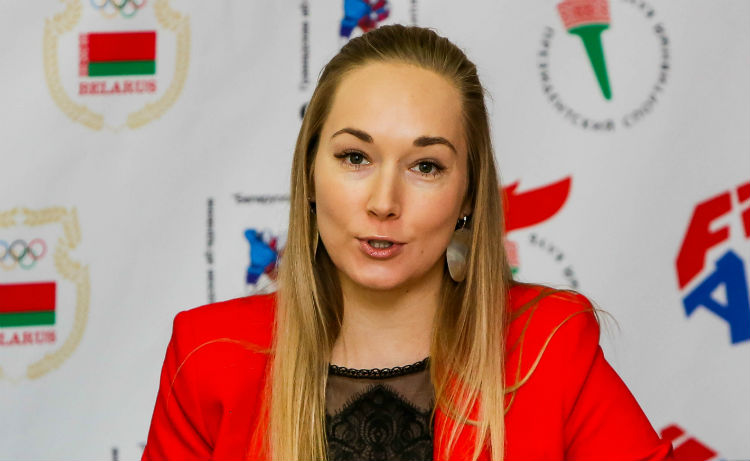 'This year we traditionally established two special prizes: wristwatches that the select sambists will receive for their Will to Win and for the Best Technique. A year ago, sambists from Mongolia and Belarus became their winners, and in a few days, by the end of the tournament, we will learn who will get this year's prizes,' remarked Valakhanovich. - Furthermore, this year we've got a cuddly toy once again, the tournament mascot. It's a cute little teddy bear, the one the winners will get, along with their medals.

Dmitry Troshkin, the Senior Coach of the Russian SAMBO team confirmed that good friendly relations had long been established between the sambists of Russia and Belarus. 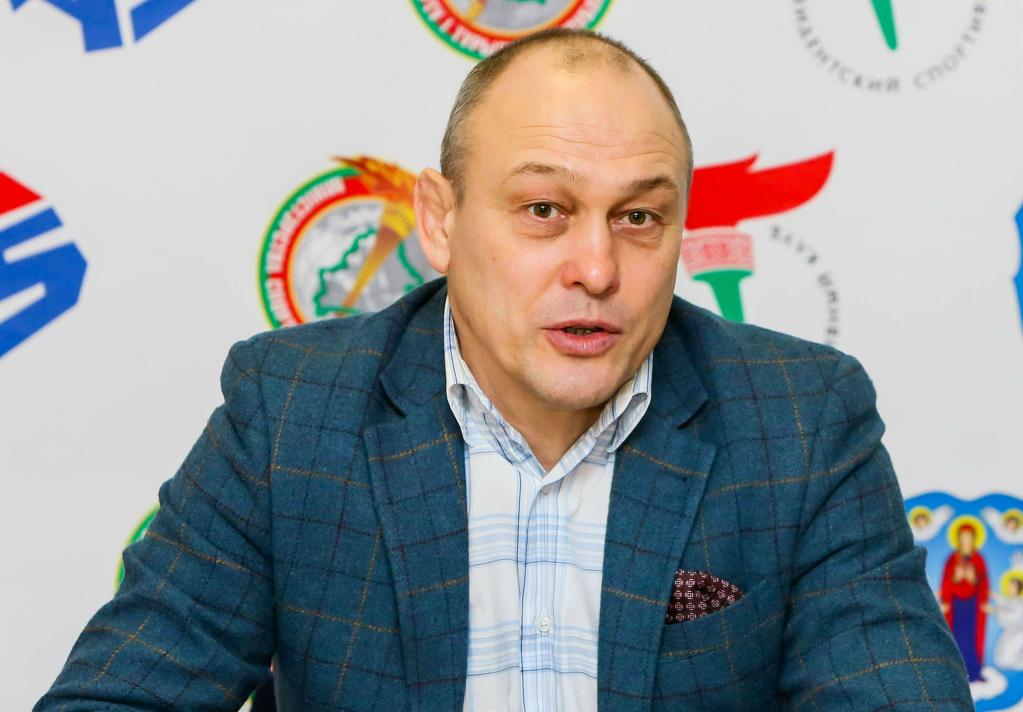 'After all, our teams not only perform along with each other at competitions, but also we regularly organize joint training camps where the guys practice and mix,' he said. 'A week later, the Russian SAMBO Championships will start in Kazan, so this time not the strongest team has arrived at the tournament in Minsk. We're going to use this tournament as an opportunity for our younger athletes, the prize-winners of the World and European Youth Championships, to prove themselves at the adult level. Yet, there are strong seasoned sambists in our team, too, such as the 2018 World Champion Andrei Kubarkov, for one. And while the Belarusian team is still selecting their sambists to form the national team, we have already done this, so this summer our strongest teams should meet.'

His Belarusian counterpart, the Senior Coach of the Belarusian SAMBO team, Vyacheslav Kot, has claimed that his team is comprised of the first-string sambists except for a few athletes who had suffered minor traumas the day before. 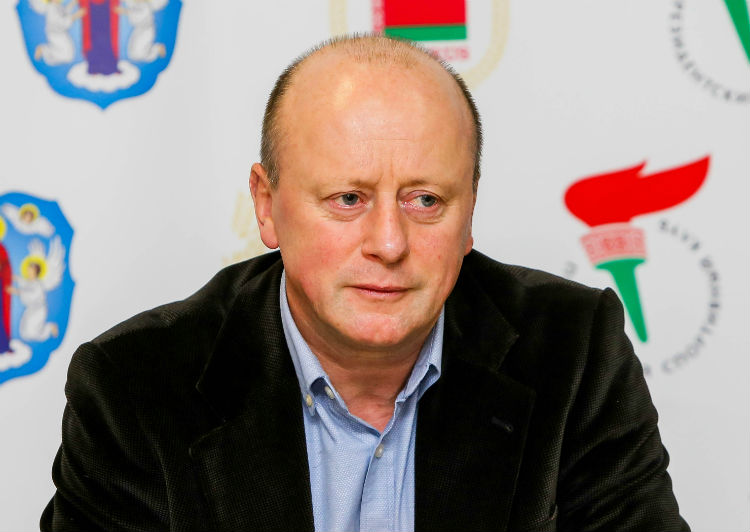 'A few guys suffered minor injuries. They could have joined the team, of course, but then they would have spent several months recovering. Therefore, we decided to preserve them,' said the coach. 'And while the Russian team has fielded predominantly their young fighters, the other teams brought in very tough sambists. These are our first starts of the season: we have to check our condition and shape, our fitness, and to complete the team formation for all the coming competitions of this year. The most important thing is to determine the future strategy of training and tactics.'

It is worth noting that the International SAMBO Tournament for the Prizes of the President of the Republic of Belarus Alexander Lukashenko will take place on February 22-23, that is exactly 4 months prior to the SAMBO Tournament within the program of the II European Games that will be held on June 22-23.