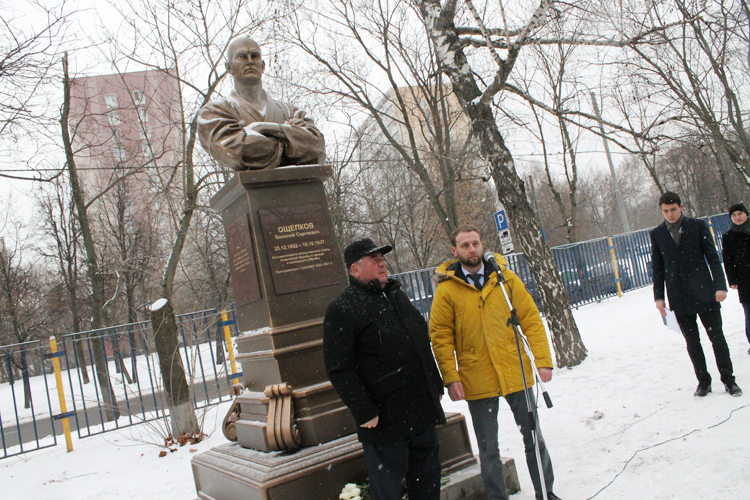 On December 6, in the Sports Legends Lane of Russian State University of Physical Education, Sport, Youth and Tourism (SCOLIPE), the bust of Vasily Oshchepkov, one of the founding fathers of SAMBO and founder of Soviet judo who was teaching at the university back in his days was unveiled. An honorable right to unveil the monument was given to Vasily Shestakov, President of the International SAMBO Federation, Sergey Eliseev, President of the SAMBO Federation of Russia, and Dmitry Golikov, SCOLIPE vice-chancellor and Master of Sports in SAMBO. 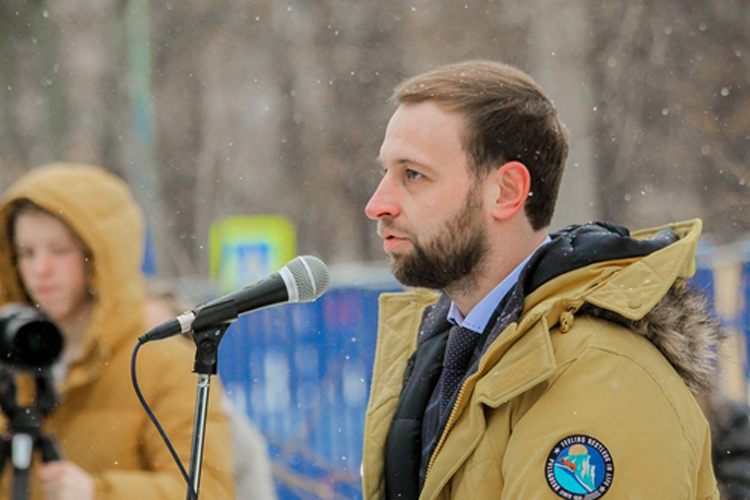 ‘Today, we all witness not just an ordinary monument opening. Today the bust of Vasily Sergeyevitch Oshchepkov has found its true home. Significance of this event is stressed by the fact that it happens in the presence of the leading figures in the national and world SAMBO who have devoted their entire lives to expansion and popularization of this sport,’ Dmitry Golikov greeted the guests. 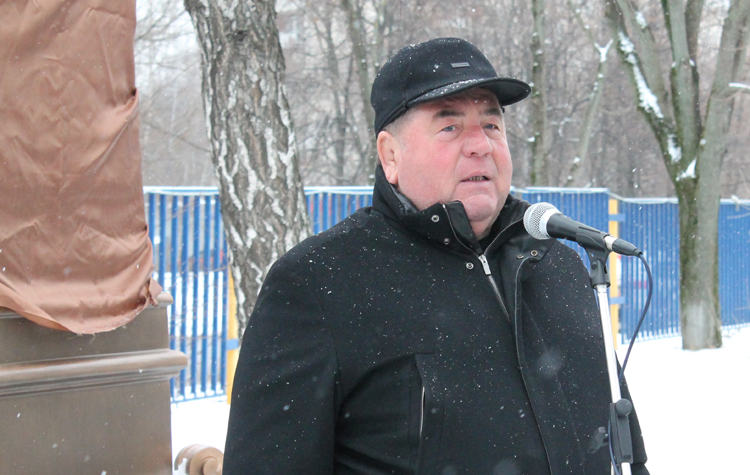 In his address FIAS President Vasily Shestakov reminded the attendees that this momentous event took place shortly before the 80th anniversary of SAMBO.

«We all know that SAMBO will be 80 years old next year. Today our favorite sport is extremely popular worldwide. Most recently the World Championships were held in Sochi and they were attended by athletes from 90 countries and from every continent, and there were live broadcasts of the tournament itself in 18 countries. I believe not even every Olympic sport can boast such achievements,' noted Vasily Shestakov. ‘It is of great importance that the bust of Vasily Sergeyevitch Oshchepkov is placed here – in the very place where he had been working.  And there are people on the university faculty today who follow in his steps – who teach, develop, and promote SAMBO around the globe.’ 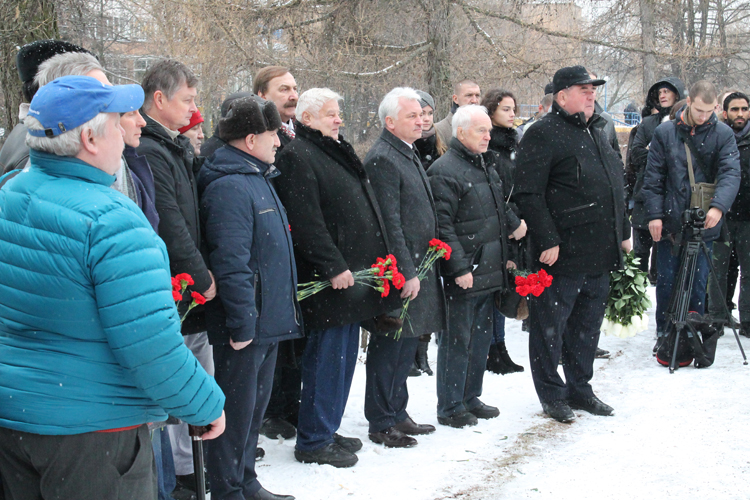 Vasily Oshchepkov was founding father of SAMBO, one of the most popular sports in Russia that turned into a national phenomenon and gained recognition worldwide. He had been working at the University of Physical Education back in the 1930s where he was both formulating rules and laying foundation of SAMBO. Also, he was among the first coaches who started training women. All principles and rules introduced by the legendary coach and athlete are still practiced in modern conditions at training classes of the university.

The bust of Vasily Oshchepkov is a part of the Russian Glory Lane project that was conceived with a view to instilling true patriotic spirit in people and features tens of busts and sculptures. The monument to Vasily Oshchepkov was created through patronage of the International SAMBO Federation and its head, Vasily Shestakov. 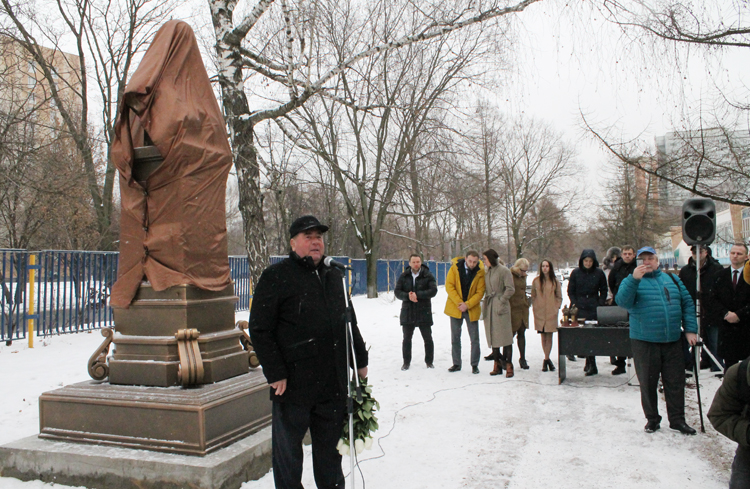 ‘Life of Vasily Sergeyevitch was rather complicated,’ emphasized the FIAS head. ‘I happened to visit the first gym where Vasily Sergeyevitch was giving his coaching. He’d made enormous efforts for SAMBO to get expanded and gain such significance, and to become popular in the world. Today thousands of gyms around the globe welcome SAMBO training. Thus, Oshchepkov ‘s cause, expansion of our sports, keeps on going and gathers momentum.  SAMBO is featured virtually in all multisport competitions. The last step is still left to be done which, we all wait for it with bated breath, and that is Olympic recognition. I’m certain that SAMBO will be recognized by the International Olympic Committee.’ 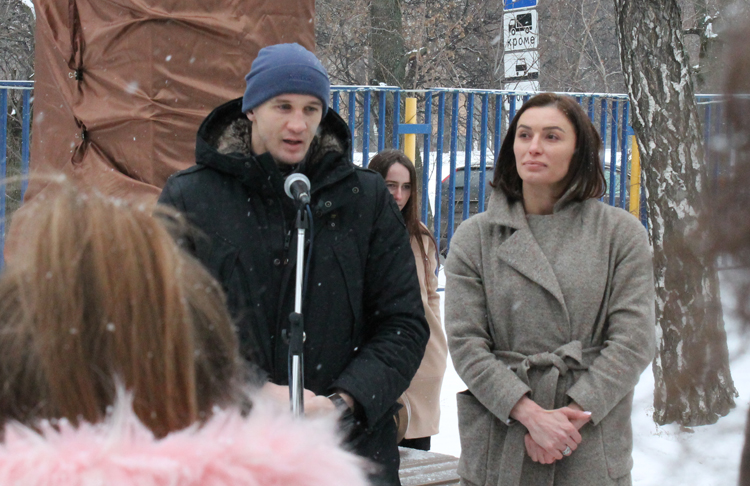 The ceremony was attended by active athletes, Yana Kostenko, a three-time world champion in SAMBO, and Aleksey Ivanov, a two-time world champion in combat SAMBO and the university alumnus. They noted Vasily Oshchepkov’s stupendous contribution to development of the Soviet and Russian sports, and called on to join efforts in carrying on and cultivating the cause of the founder of Self-Defense Without Weapons. 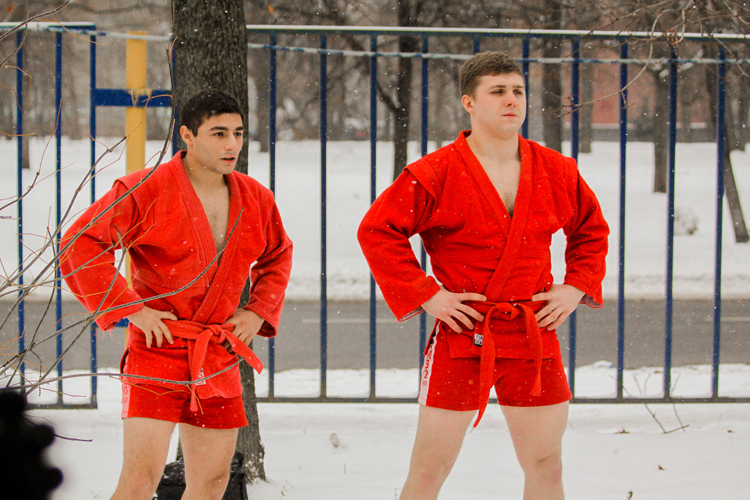 Following the speeches of noted athletes, sambists from student ranks exhibited their mastery. Students of the Chair of Theory and Methodology of Wrestling demonstrated holds, used both in sport and applied SAMBO, while carrying out model fights. Their performance on the snow looked really gripping. 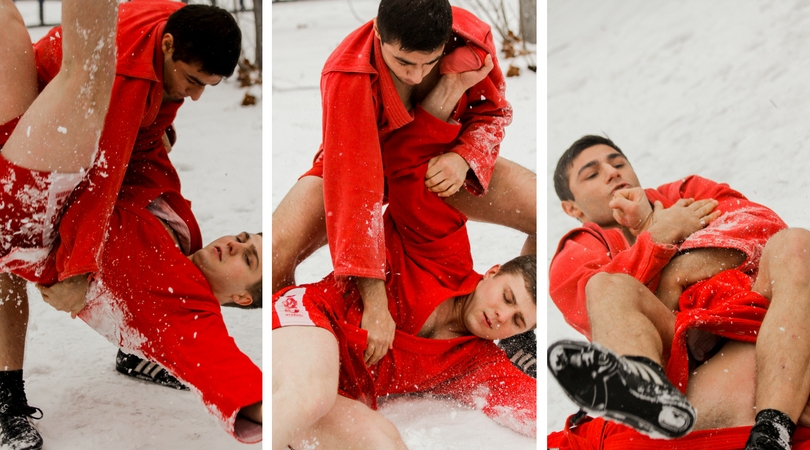 As removal of the cover from the monument to Vasily Oshchepkov was greeted with ovation, a severe face of the legendary master was opened up to the attending public. 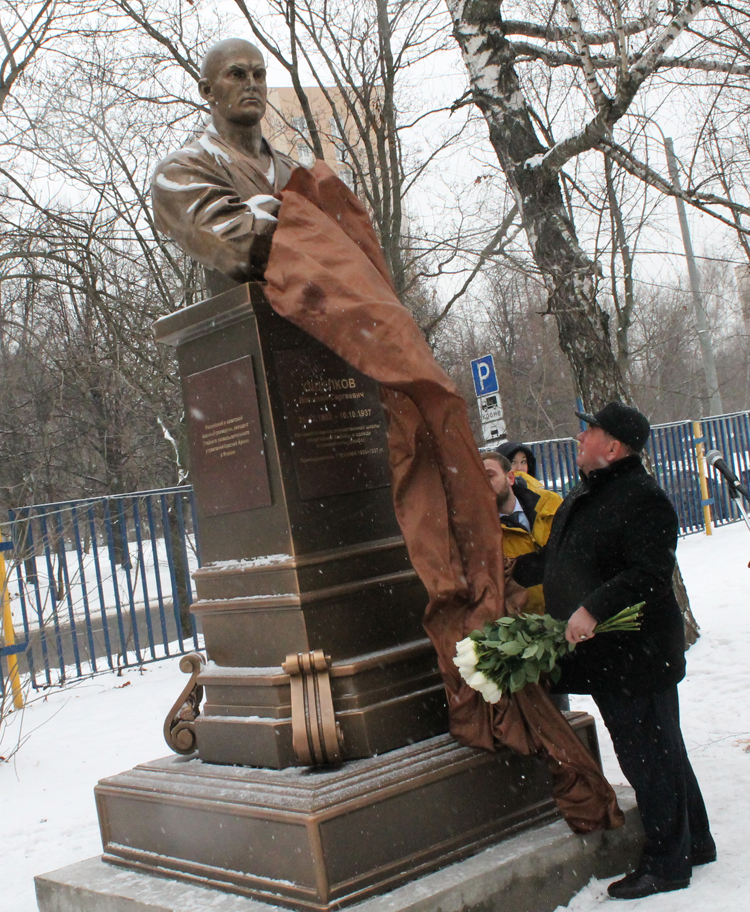 Small copies of the bust and diplomas for contribution into the act of immortalizing the memory of Vasily Oshchepkov  were presented to Vasily Shestakov, FIAS President, Mikhail Serdyukov, the head of the Russian Glory Lane project, Vladimir Koshlakov, the head of the Moscow department of the Russian Glory Lane project, Sergey Eliseev, President of the SAMBO Federation of Russia, Dr. Tamara Mikhailova, SCOLIPE principal and Professor of the Chair of Theory and Methodology of Wrestling, and Sergey Tabakov, FIAS executive director. 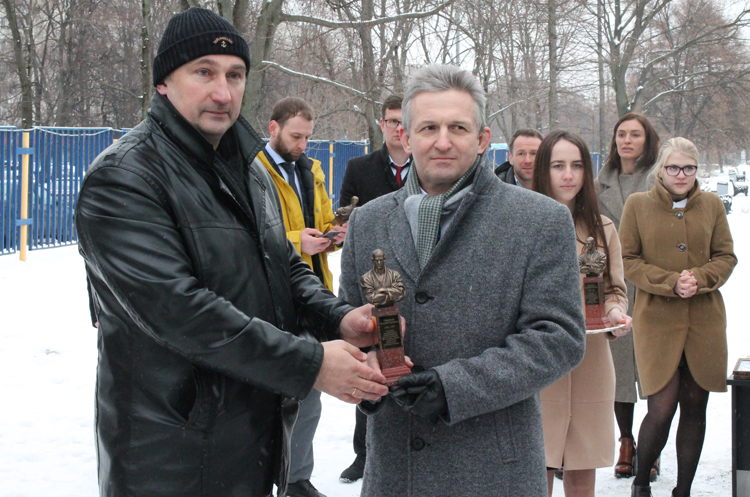 The ceremony was followed by the round table themed as ‘Legacy of Vasily Sergeyevitch Oshchepkov: Russian judo, Soviet SAMBO, Hand-To-Hand Fighting’. 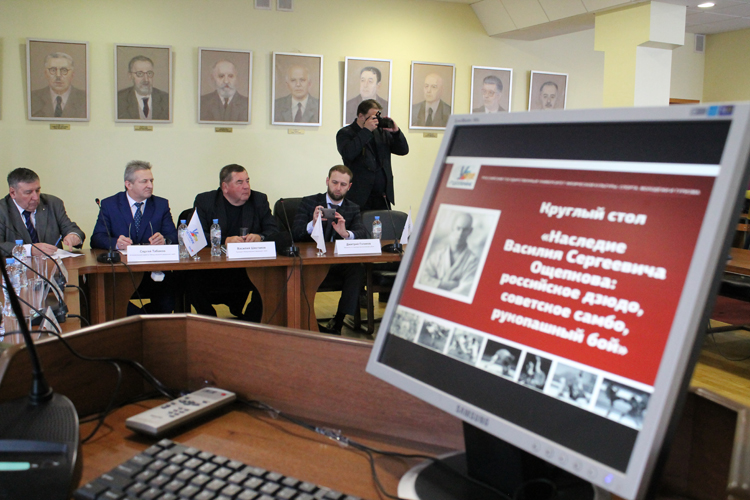