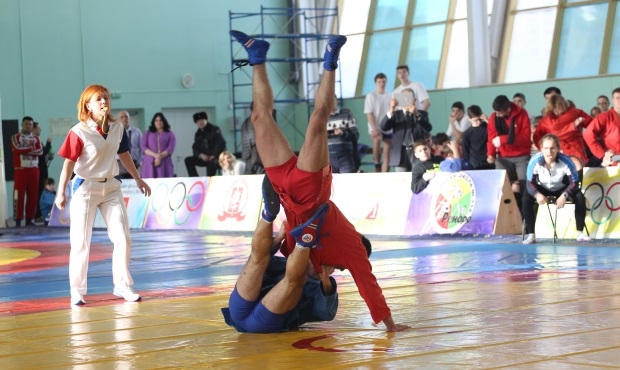 The representatives of Italy, Kyrgyzstan, Mongolia, and Russia won the first International Sambo Tournament among people with hearing disabilities, which took place on the 5-th of February in Zelenograd. Medals in 7 weight categories for men and women were awarded in competitions that were held under the auspices of the FIAS and with the support of the International Committee of Sports for the Deaf (ICSD).

Athletes from 8 countries (Armenia, Belarus, Italy, Kyrgyzstan, Moldova, Mongolia, Russia and Ukraine) took part in the tournament, which was held at the «Record»  sports school. In addition to the competition held on the 5-th of February, Alexander Lomakin and Nikita Ivanov sportsmen from the FIAS demonstration group, also held masterclasses just before the tournament.

At the opening the event, Valery Rukhledev the president of the All-Russian Sports Federation for People with Hearing Disability said:

"I am even more pleased that the first International Tournament in Sambo among people with hearing disabilities took place in Russia – the birthplace of sambo. Today, eight countries are participating in the tournament; the next tournament will attract even more participants and together we will get the sport added to the program of the Summer Deaf Olympics." 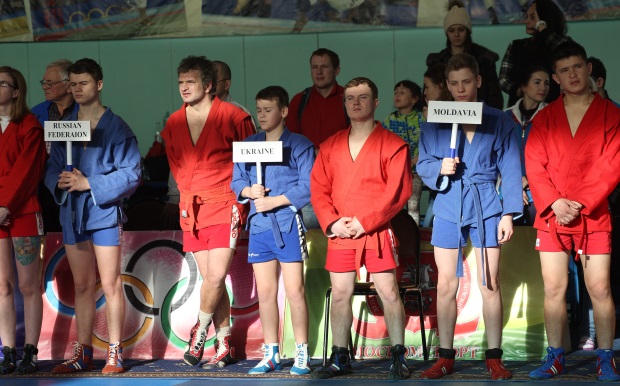 The competition winners among men were: Marsbek Atabekov (up to 57 kg weight class, Kyrgyzstan), Aleandro Tristano (up to 62 kg, Italy), Mounh-Orgil Badamsambuu (up to 68 kg, Mongolia), Evgeniy Utyushev (up to 74 kg, Russia), Sergei Tsyrenzhapov (up to 82 kg, Russia), Rostislav Burke (up to 90 kg, Russia) and Ilgiz Kanalbek uulu (over 90 kg, Kyrgyzstan). 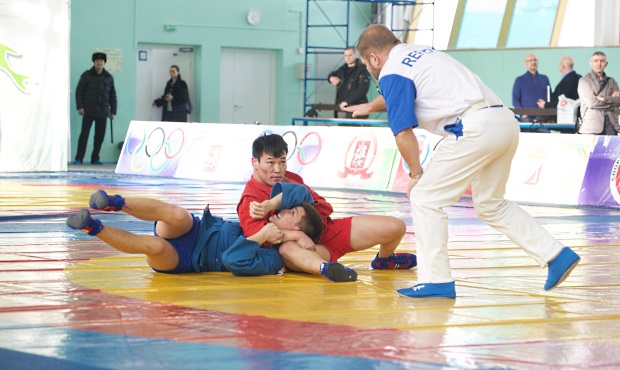 Athletes from Russia managed to win gold medals in all weight classes of women competition. Here are the names of champions: Natalia Egoricheva (up to 48 kg), Ekatherina Sazonova (up to 52 kg), Svetlana Kryukova (up to 56 kg), Inna Strinaglyuk (up to 64 kg), Anna Tkachenko (up to 68 kg), Mila Slepusheva (up to 72 kg ) and Anastasia Talanova (over 72 kg). 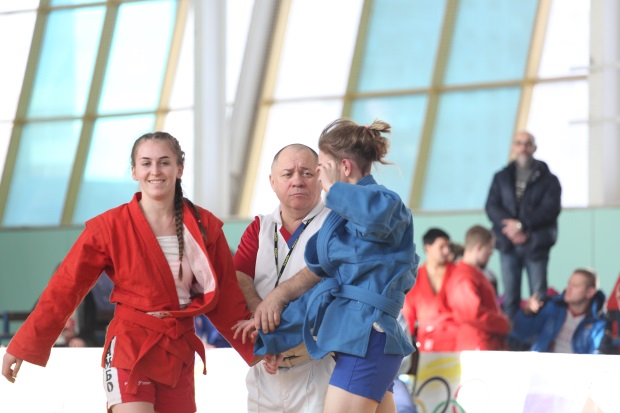 As has already been reported on the International Sambo Federation website, Sambo has brilliant prospects for further development as a sport for all. FIAS Executive Director Sergey Tabakov noted that there is no need to introduce major changes to the rules of sambo tournaments involving athletes with hearing disabilities. On top of that, people who are engaged in Sambo not only become more secure in their daily lives, but also get together and make new friends, which is very important for complete social adaptation. 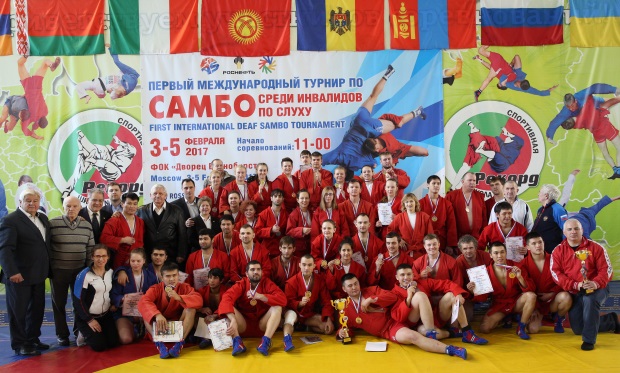 The emergence of the word "sambo" in sign language can be considered another achievement of the tournament. It happened on the very eve of the competition - the morning of February 4, when a representative of the organizing committee of the tournament Vassily Emelyanov, together with Francesco Faraone, a well-known international figure in the martial arts of the deaf from Italy, discussed prospects for the international development of sambo for people with hearing disabilies. During the conversation, they synthesized the word "sambo" in sign language (using two index fingers with the left one straight and the right one hooked to the bottom of it), which was demonstrated to all the participants at the technical meeting. Thus, this tournament has made its contribution to the sign language morphology.