«PLOTFORMA S-70» international SAMBO tournament has been held in Sochi 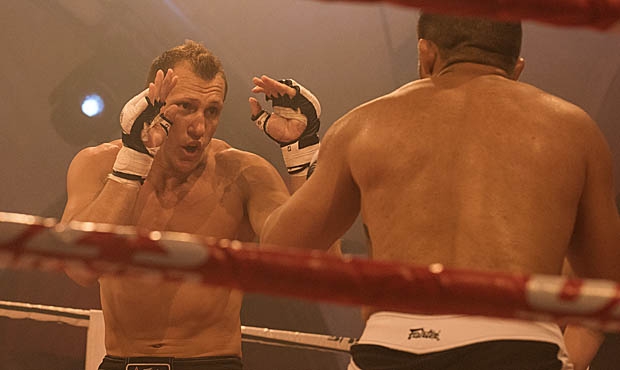 The VIII International SAMBO Tournament «PLOTFORMA S-70» took place in Sochi on the 8th of August, during the competitions the Russian national team defeated the World team (representing the rest of the world). This event was attended by president of Russia Vladimir Putin and other honored guests.

After the tournament Vladimir Putin greeted its participators and hosts, pointing out their huge contribution to SAMBO development.

«Today we`ve seen some really tough guys here. They`ve shown us all the elements that actually make martial arts popular: various striking techniques, spectacular mat wrestling, brilliant throws, but it the most important, that they`ve demonstrated courage, fortitude and hardiness. I want to thank them for that.», – said president of Russia.