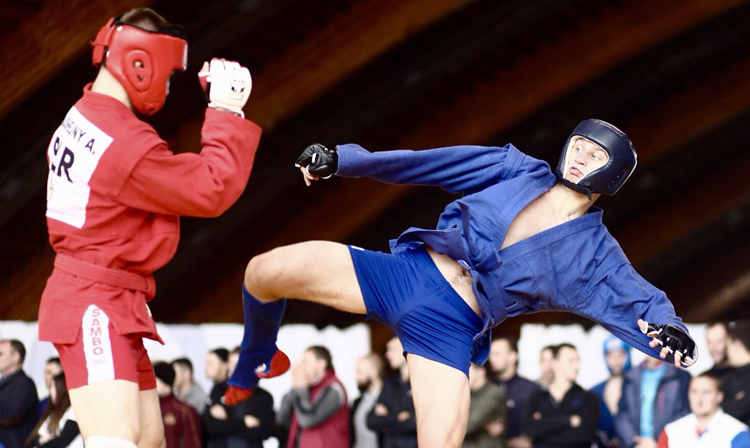 On the 22-23 of September the competitions of the Belarusian SAMBO Cup took place in the Olympic sports complex "Stayki" (Minsk region). Awards of the tournament were played between men and women in sports SAMBO, as well as masters of combat SAMBO.

According to the decision of the Belarusian SAMBO Federation, the first numbers of the national sports SAMBO team did not take part in the Cup of the country. Thus, young athletes have a chance to prove themselves. But for combat sambists this tournament became a qualifier for the World SAMBO Championships, which will be held in November in Bucharest (Romania). The winners of the Cup in combat SAMBO got the right to represent Belarus at the main start of the season.

[Photogallery] Belarusian SAMBO Cup
Tags:
Share
News on the topic
Blog
Recent photos
Latest news
Recent videos
Latest news
Follow latest news You are subscribed!
Thank you! Your confirmation email has been sent to your email.
This website uses cookies to ensure you get the best experience on our website More info Got it!