Vasily Shestakov: “More than 80 countries will take part in the World SAMBO Championships in Sochi” 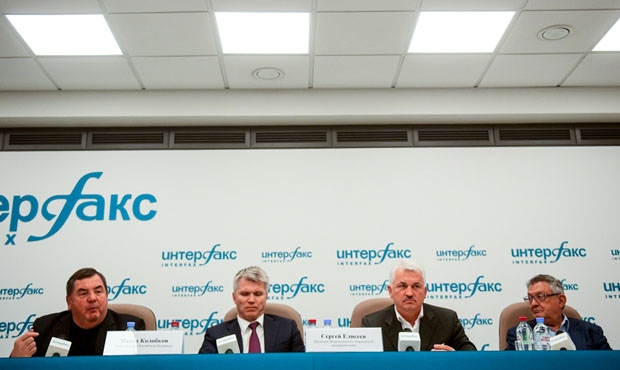 A press conference, dedicated to the upcoming World SAMBO Championships, was held at the venue of Interfax news agency in Moscow. Minister of sport of the Russian Federation Pavel Kolobkov, President of International SAMBO Federation Vasily Shestakov and head of European and All-Russian SAMBO Federation Sergey Eliseev told journalists about the prospects of the upcoming tournament.

Pavel Kolobkov was the first to address the audience. In his speech Minister expressed confidence that the upcoming championships would be held at a high level and all participants and fans would enjoy the competitions. 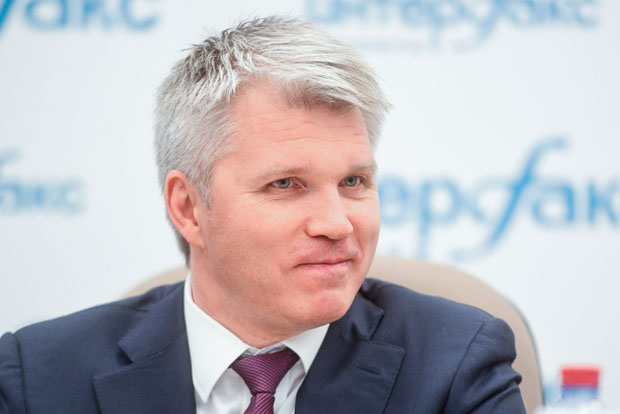 Vasily Shestakov started his speech with sharing the impressions from the Asian Indoor and Martial Arts Games, which were held in Ashgabat (Republic of Turkmenistan), using the example of these games to speak about dynamic development of SAMBO on the Asian continent. In support of his own words, he told the audience that SAMBO athletes from 19 countries, including Lebanon, Indonesia, Thailand participated in these competitions, in which Turkmenian sportsmen won. It was hard to imagine such a situation just a little while ago. Head of FIAS told journalists about high paces of SAMBO development on all continents, having drawn attention to SAMBO inclusion in the program of the European and Central American Games, as well as in the program of the Asian Games as for the first time ever, which will be held in Jakarta (Indonesia) in 2018. According to Vasily Shestakov, the countries, in which SAMBO is being developed most rapidly, are the Seychelles, Cameroon, Morocco, Tunisia, and Venezuela. He predicted intense competition for the medals in Sochi between the sportsmen from these countries. 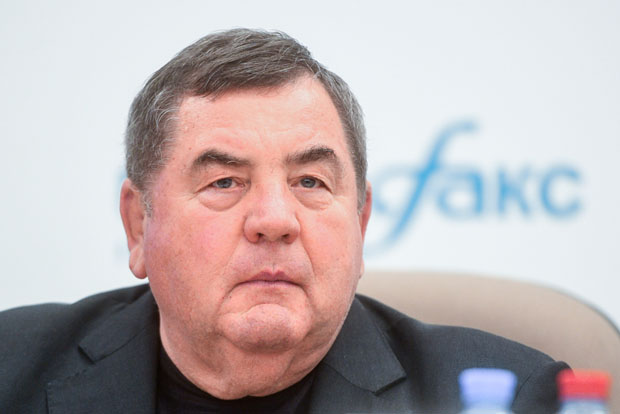 Sergey Eliseev told the audience about high paces of SAMBO development in Russia, citing as an example projects “SAMBO to schools” and “SAMBO to colleges”. He also told journalists about his intention to nominate Vasily Shestakov as a candidate for the post of FIAS head at the upcoming reporting and electoral congress in November. 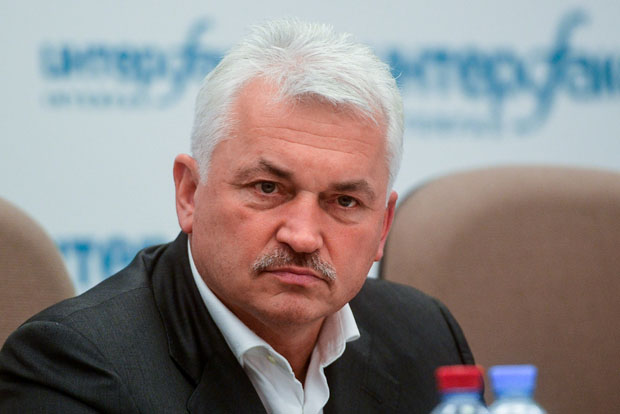 During the press conference, the participants actively responded to mass media questions. There was a question about SAMBO acknowledgment as the Olympic sport. FIAS President said that first, the IOC should temporarily acknowledge SAMBO, then SAMBO should receive permanent acknowledgement and only after this it could be included in the program of the Olympics.

“We prepared the entry and sent it to the IOC. At the present time we actively cooperate with many international sporting organizations, such as WADA, FISU, GAISF, TAFISA, “Peace and Sport” and others. The IOC executive meeting should be held in December, during which, I hope, SAMBO’s destiny will be off the table”, - head of FIAS added.

“Eight years ago, when we just came and started focusing on matters of international SAMBO, teams from 27 countries took part in the competitions at the World Cup. This year we expect sportsmen from more than 85 countries. SAMBO is picking up steam and is getting more and more popular all round the world. Of course, it’s not only our merit, but also the merit of such sport stars as Fedor Emelianenko, Khabib Nurmagomedov and Oleg Taktarov, - Shestakov noted. I would say that SAMBO’s popularity is better seen in the details, when, for example, the representatives of other sports take part in MMA competitions wearing SAMBO jackets”.

Head of European and All-Russian SAMBO Federation Sergey Eliseev, speaking about ways of attracting the young, intrigued journalists with announcement of upcoming release of motion pictures about SAMBO in the nearest future.

In conclusion of the press conference Sergey Eliseev announced that there will be a free entry for the sports festival in Sochi for everyone, which became a pleasant surprise for the spectators.