Will there be fewer weight categories in sambo? FIAS executive meeting was held in Moscow 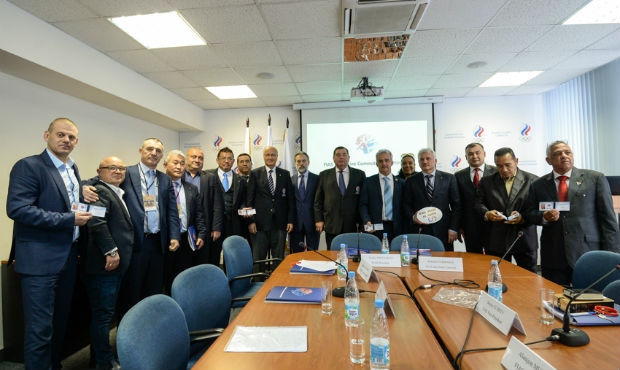 The executive meeting of the International sambo federation was held on March 24 at the Russian Olympic Committee. Busy agenda was dedicated to the most significant questions.

The President of FIAS Vasilii Shestakov introduced major events, which had happened in the world of sambo since the latter executive meeting of the International sambo federation.

Vasilii Shestakov thanked the President of Bulgarian Sambo Federation Rumen Stoilov and all its employees for the organization of sambo world championship, which was held in Sofia last November. 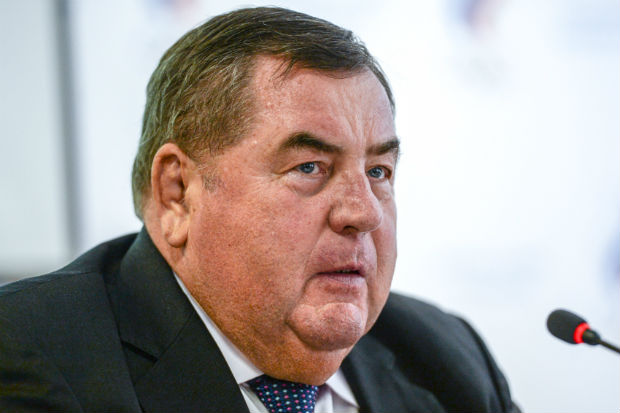 “In Bulgaria for the first time ever we held knockout competitions with consolation from semi-finalists. The key idea is to increase the number of fights for the sportsmen from various countries to avoid situations when sambo wrestlers come to the championship from far away and drop out after the first round. The only drawback of such system is a longer duration of the championship. On the whole successful results can be noted: following the results of the tournament the medals went to 21 countries compared to 23 countries at the previous championship”.

The President of FIAS reminded of the historical event, happened in December, - sambo world championship among students in Cyprus. For the first time ever the competitions were sponsored by International University Sports Federation (FISU), the run of the event was fully controlled by the specialists of this organization. The tournament got positive reviews, in future it is planned to increase representation of participating countries.

The start of the year was marked by launching of the online system of registration for sportsmen, representatives, referees and journalists for FIAS competitions. The ice is broken, throughout the year the current system should be up and running at full capacity.

Organization of the first World sambo tournament for people with hearing disabilities has become a significant working stage of international sambo. Vasilii Shestakov emphasized the importance of such work and told about prospects of including sambo in the Deaflympics. 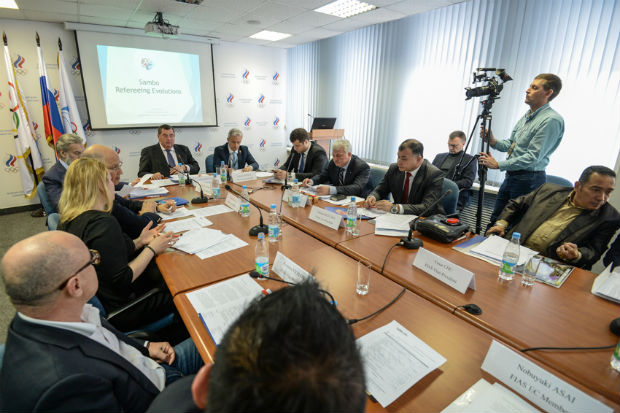 The President of FIAS marked the high level of the International Sambo tournament organization in Minsk and Russian President’s Cup in Japan.

“Lately the representatives of FIAS have visited Nicaragua at the behest of the country’s government. We managed to agree upon the development of sambo among security agencies (the army and the police) and educational facilities. We enlisted the support of the Nicaraguan government for sambo development in Nicaragua and in other Pan-American countries”, -noted the head of FIAS.

As stressed by Shestakov, FIAS is actively involved in sambo refereeing issue.

“We hold seminars for referees on a regular basis in order to certify them. I would also like to mention Moroccan National School of sambo referees, which started its work in Casablanca. It is a serious step, considering that the representatives if all African and World countries will be able to study there. We are open to dialogue regarding refereeing issues”, - he said.

The work on improving the image of FIAS, including its social aspects, has been going on.

“We have been negotiating with the number of airlines concerning sambo trainings for pilots and flight attendants. Recently there have been more disorderly behavior cases on board the aircrafts, our offers have come home to some airlines. I think that every national federation will be able to conduct such work in their countries”, - the President of FIAS said.

Vasilii Shestakov brought up for discussion the idea of running demo sambo competitions.

“Beach sambo used to be a utopian dream. Nowadays it is one of the most popular sports. Now we are drawing up a program on demo sambo (demonstrational sambo), I suggest that everyone joins in, so that we can think over the ways of its realization together”, - noted the President of FIAS. 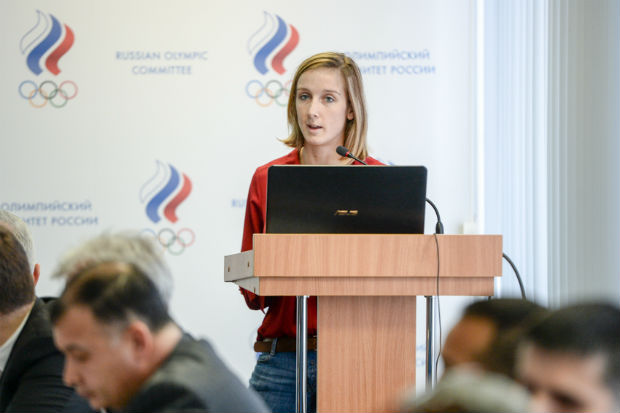 The speech of the French sambo wrestler Laure Fournier, who is also the FIAS sportsmen committee member, caused a real stir. Her report at the executive meeting focused on refereeing at the competitions. Laure brought up issues concerning language proficiency for referees, referees’ national variety at the tournaments, referees’ age and their gender equality, covered some nuances of combat sambo refereeing, refereeing during shape inspection and weighing-in, as well as shared her concerns about referees’ comfort to facilitate their hard work.

“It’s nice that athletes take an active part in the life of our organization, - Vasilii Shestakov noted. We would like to have as many young people as possible participate not only in sporting but also in functional activity. We would like to see more and more young people, this will attract the youth to sambo. The issues, that were covered, are very important. Our commissions will consider these suggestions and come to a decision. We are waiting for further active work on behalf of sportsmen commission members”.

The sportswoman and her suggestions received words of encouragement from other members of the executive committee, including the Secretary General of FIAS Roberto Ferraris, the Vice-President of FIAS Dalil Skalli and the Vice-President Rumen Stoilov.

A possible reform of the weight categories amount, as it is organized in martial arts, acknowledged by the International Olympic Committee, became another important issue at the seminar. 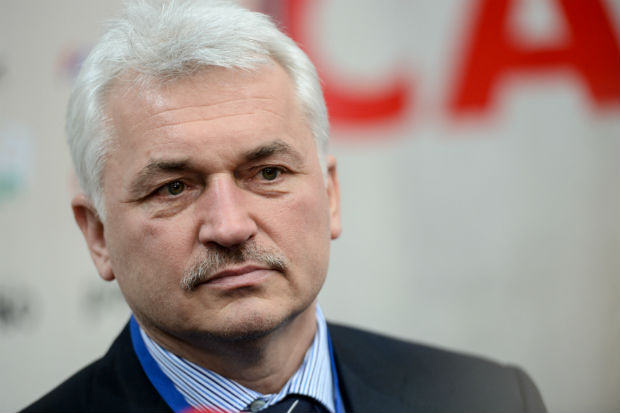 The Vice-President of FIAS Sergey Eliseev announced two approaches concerning this matter, which were elaborated in the course of analysis of the suggestions received. The first is the reduction of the weight categories from 9 to 8, the second – down to 7. Following the results of the discussion, the members of the executive committee saw eye to eye that these suggestions should be taken as a basis and should be tested in the nearest future at the tournaments among the students. Following the results of this testing the decision of which option to use will be drawn.

In the final part of the executive meeting, the President of FIAS Vasilii Shestakov brought forward a proposal to award Aslambek Akhmedovich Aslakhanov with the plaque of appreciation – FIAS big golden mark.  The proposal got the support and the award found its hero in the very same evening during the final part of the "A. Kharlampiev Memorial" World Cup. 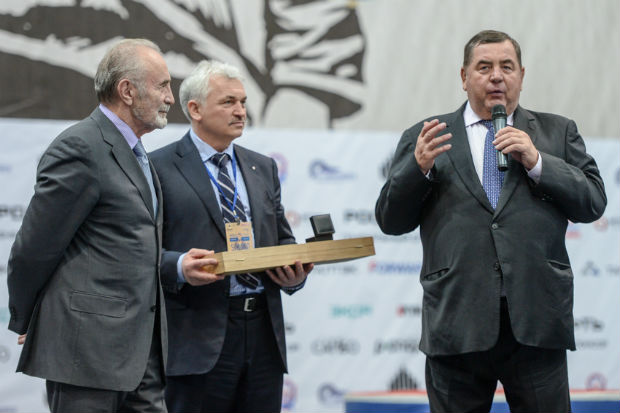