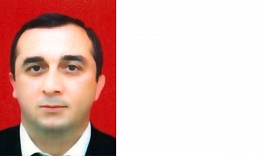 Fact: started his sports career in wrestling at 11 years without his parents’ permission, and then took an interest in sambo. In 1992 Mamedov makes his first "golden double" by winning both the European Championship and the World Cup. Jeykhun repeats this achievement next year: at the World Championship in Novi Sad (Serbia) and the European Championship in Panevezys (Lithuania) he rises to the top of the podium. In 1995 after his fifth world champion title the president of Azerbaijan Heydar Aliyev personally congratulated the athlete and awarded him the medal "Tereggi" ("Progress").

Heads the Sambo Federation of Azerbaijan since 2003, also a member of the executive committee of the European Federation of Sambo.