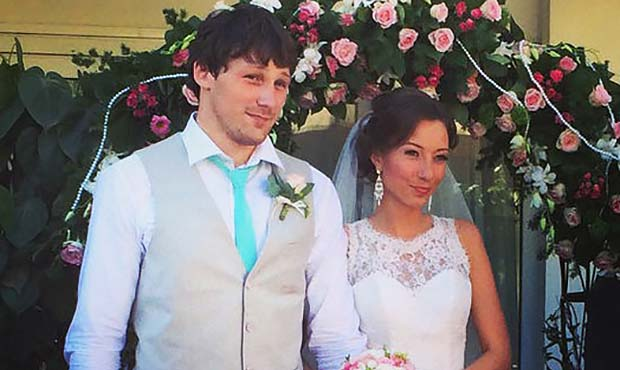 On July 19, at the Registry Office of the Tsaritsyno district of the city of Moscow Vyacheslav Mikhaylin, Honoured Master of Sports, the world champion and two-time European champion in SAMBO, tied the knot. A beautiful girl Elena, who is an organiser of international exhibitions and conferences became the champion’s choice. The young marrieds met, communicating on the Internet, in autumn last year.

The celebration was held in the bosom of their family and close friends. Vyacheslav’s older brother – the Olympic silver medalist of 2012 and a multiple world champion in judo Alexander Mikhaylin as well as the champion’s coach Pavel Funtikov – were among the guests.

The next day after the wedding, the young marrieds went for a honeymoon, and before it addressed their friends: “We are extremely happy that on this wonderful day everyone we wanted to see appeared to be hand to hand with us. Love one another and be happy!”