Vasily Shestakov: “Sambo will be optional in schools” 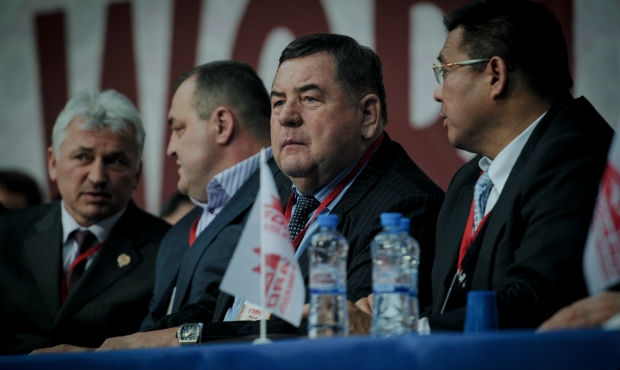 After Sambo is introduced in schools in 2016, it will not be obligatory for everyone, but a lot of students will choose it. This was the opinion expressed to journalists by Vasily Shestakov, a member of the State Duma Committee on Physical Culture, Sport and Youth Affairs, and President of the International Sambo Federation (FIAS).

President of the All-Russian Sambo Federation Sergey Eliseev said previously that Sambo should be introduced into the curriculum in Russian schools starting on September 1, 2016.

“Sambo will not be mandatory for all students after it’s introduced. The sport will be optional, and if for some reason a child is not ready for it, he or she will be able to choose a different type of physical activity,” Shestakov said. He believes the important thing is that children should have fun and not be forced into it.

"I think most students prefer Sambo".

“However, the benefits of even basic skills in the only sport that was born in our country will attract students, so I think most students prefer Sambo,” Shestakov continued. He explained that advanced techniques will not be taught during the lessons, but students will be able to master the skills that many of them will need later. “First of all, how to fall properly. Second, how to break a hold if a bully attacks,” Shestakov said. Students will also learn about the history of Sambo, where it came from and how it’s growing today. “Of course, if the child likes all this, the teachers will recommend continuing his or her studies at a serious level in youth sports schools,” the politician said confidently.

Advanced techniques will not be taught during the lessons, but students will be able to master the skills that many of them will need later.

Shestakov also considers it important to introduce Sambo into the school curriculum after a series of successful experiments in different Russian regions, including Moscow and St. Petersburg. “Wherever pilot projects have been implemented, school principals, without exaggeration, have talked enthusiastically about their results, emphasizing that the children stopped skipping classes and started exercising more,” he said.

This initiative is fully in line with the objectives of the Sport for All movement, which is actively supported by International Olympic Committee and is gaining momentum in Russia.

He also noted that this initiative is fully in line with the objectives of the Sport for All movement, which is actively supported by International Olympic Committee and is gaining momentum in Russia. “We are currently completing preparation of amendments to the legislation that will establish the Sport for All concept, which in turn will help promote popular sports in Russia and increase government support for them,” Shestakov concluded.