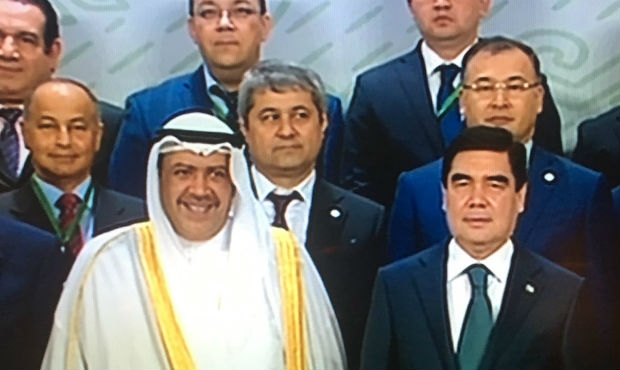 On April 7 in Turkmen city of Awaza the “2017 Asian Indoor and Martial Arts Games: international sports cooperation for the sake of peace and progress” congress was held. The forum took place with the participation of President of Turkmenistan Gurbanguly Berdimuhamedow and President of Olympic Council of Asia Sheikh Ahmad Al-Fahad Al-Sabah.

At the congress, coincided with World Health Day, the President of Asian Sambo Union Alamjon Mullaev gave a talk on upcoming sambo debut in the program of Asian Indoor and Martial Arts Games. He told about the pace of sambo development in the world, stressing the success of this sport in Asia.

The delegates of the V Asian Indoor and Martial Arts Games participating countries, the heads of Olympic Council of Asia, international sporting federations and organizations, guests of honor – famous political figures, including LDPR Chairman Vladimir Zhirinovsky, Azerbaijan Ambassador to Russia Polad Bülbüloğlu, the singer Lev Leschenko and many others took part in the congress.

The significance of upcoming Asian Games in Ashgabat for interstate interaction and sports development in the region was addressed at the congress.