Alisher ALIMOV "I am proud of our athletes and our team" 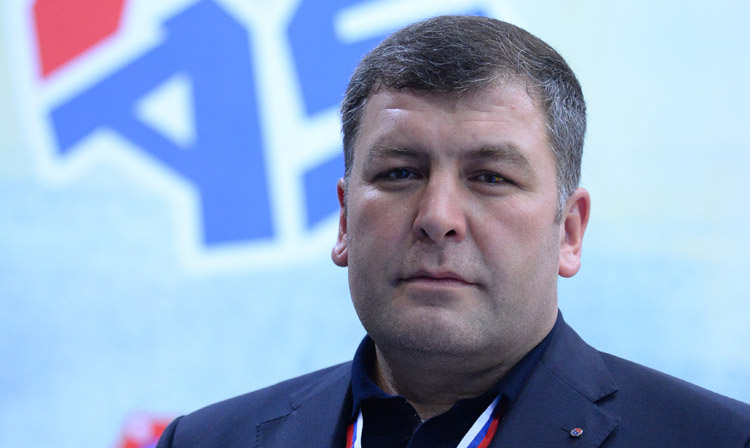 An interview with the President of the SAMBO Association of Uzbekistan Alisher Alimov took place at the World SAMBO Cup “A. Kharlampiev Memorial”. During the conversation, Alisher Rikhsibaevich shared the secrets of the success of Uzbek athletes at international competitions, talked about how the change in weight categories affected sports results, as well as about the upcoming World SAMBO Championships 2021 in Tashkent.

How do you assess the performance of Uzbek athletes at the World Cup?

– First of all, I would like to thank the International SAMBO Federation, the All-Russian SAMBO Federation for organizing the sports event. You know that due to the pandemic, there are very few such tournaments in the world, and we understand how much work it costs.

As for the performance of our athletes, you have probably already noticed that we brought a renewed lineup to this World Cup - guys and girls who became champions of Uzbekistan. We wanted to give them a chance to perform in the international arena, to prove themselves, to gain experience. It's no secret that any athlete feels differently at home and on the international stage.

How successful was the first day of the competition for the national team of Uzbekistan?

– We, of course, expected a little more, especially from the first day. But sport is sport, it is impossible to predict the results. I can say that the training of our guys was very serious. Before each international start, we carefully prepare our athletes, without any indulgences. This time we decided to save our titled athletes, world champions, so that they can properly prepare for the Asian Championships, which will be held in Tashkent from June 4 to 6. In addition, from 12 to 14 November 2021, the capital of Uzbekistan will host the World SAMBO Championships. The guys will have a good opportunity to show themselves, their technique, all their best sports qualities.

In recent years, the national team of Uzbekistan has been showing high results at international tournaments. In your opinion what is this connected with?

– As you know, since the beginning of 2019, the team in the National SAMBO Association of Uzbekistan has completely changed: the general director, senior coaches, coaches of the women's team, coaches of the youth team. Also, there was a change in the leadership of the Sambo Association - the vice-presidents were updated, the administrative staff changed. With my colleagues, we work side by side for the benefit of the development of SAMBO in Uzbekistan. But in fairness, it should be noted that without the high attention of the President of Uzbekistan to sports in general, and SAMBO in particular, we would not have achieved these results. It is very important for both the leadership of the Association and the athletes to feel the guardianship of the head of state. 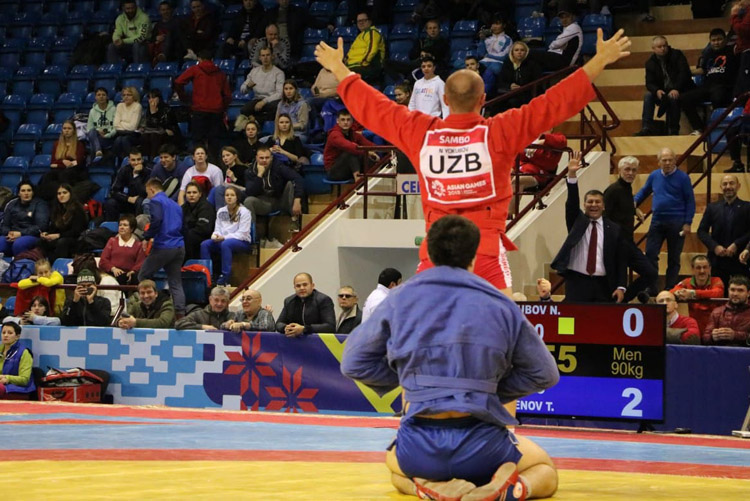 As for the direct results and dynamics of sports achievements, I can say that according to the results of the 2018 World Championships, the Uzbekistan SAMBO team took the 12th place in the world. In 2019 – already the fifth place. According to the results of the 2020 World SAMBO Championships, which took place in Serbia (Novi Sad), the national team rose to the third position. This is a very serious achievement for us, a big step forward. I am proud of our athletes and our entire team.

What is the secret of your success?

– It is in the attention to SAMBO of the country's leadership and the high dedication of our entire team. We do our best to create comfortable conditions for the training of athletes, and they are already doing their job on the mat. Of course, we are not going to be satisfied with what has already been achieved and will do our best to go forward. I think we will be able to pleasantly surprise all SAMBO fans more than once.

You spoke about support from the President of the Republic. How exactly is it expressed?

– It's not a secret for anyone that in sports there is the concept of Olympic and non-Olympic sports. In the Russian Federation, SAMBO is equated to the Olympic sports, but this is not the case in all countries. In our Republic, for example, until 2019, SAMBO was partially financed by the state. Since 2019 and, thank God, to this day, our Association has one hundred percent (!) support, that is, all international starts are fully funded – from the World Championships to World Cups. All this happens at the expense of the state. The Ministry of Physical Culture and Sports of the Republic of Uzbekistan, as well as the National Olympic Committee of Uzbekistan provide tremendous support to our athletes. 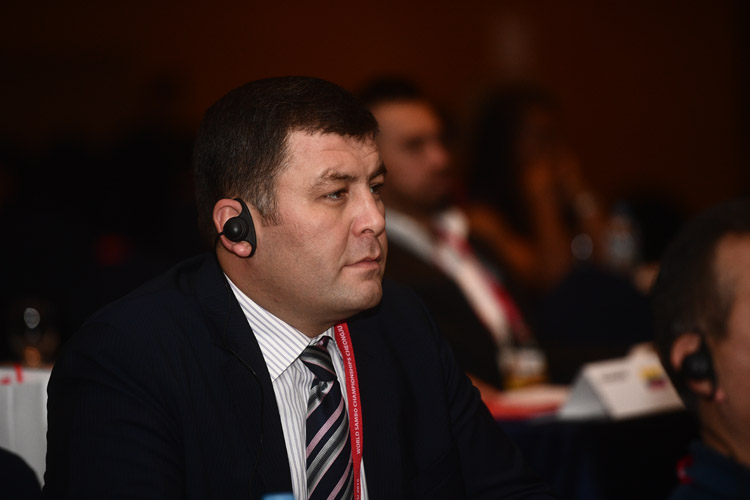 As far as I know, support is not all about that. I know that the media also pay a lot of attention to this sport. Sambists in Uzbekistan are real stars...

– I agree with you, but it is rather a consequence of what is happening. Obviously, without active work on our part with the media, we would not have had to count on such an effect. We understand that it is the press that is the main tool for popularizing SAMBO, therefore we make every effort to work with journalists, we try to always be available, to meet halfway. Over the past two years, our presence in the media, the Internet, social networks has grown significantly. This can be seen, among other things, by the number of subscribers in our Telegram channel, Instagram, Facebook. We try to be present wherever possible. Our website contains addresses, e-mails, phone numbers, which receive a large number of calls every day with a request to comment on a particular topic, make a forecast, tell about the prospects for SAMBO, our plans for the future and much more.

Let's go back to the tournament that is currently taking place in Luzhniki. The World Cup is being held for the first time in new weight categories. How did this affect the training of your athletes and the results? Were you ready for this?

- We were ready. Every year in February, the republican SAMBO championship is held in our country. And this year, for the first time, we held it in new weight categories. Indeed, at first it was a little unusual for both our athletes and coaches. But first, we organized a seminar for coaches and referees, where we explained everything in detail, instructed everyone. Further - a matter of time, people quickly learn and get used to. On my own behalf, I want to note that most of our athletes were happy with these changes, as it became easier for them to loose weight to get into one category or another.

That is, the preparatory process and the results of the national team of Uzbekistan during these one and a half days of competition did not come as a surprise to you? Wasn't there a sensation related specifically to the change in weight categories?

- Quite right. As I said, we hoped for more, but still happy with the results. On the first day of the competition we had four finalists, on the second there are also finalists. Let's hope they all win. 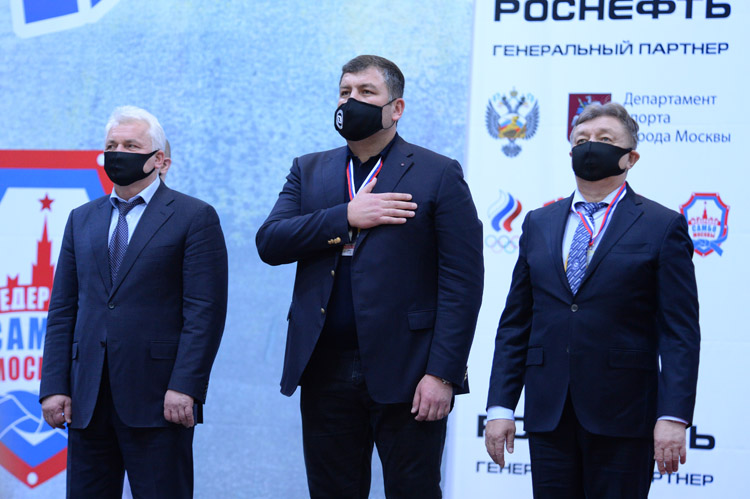 On January 1, the new International Rules for the awarding of qualification levels came into force. Do you think the appearance of the belt system with insignia will become an impetus for the development of SAMBO both in Uzbekistan and around the world?

- Undoubtedly. Rating should exist in sports as well as in other areas. Until now, sambists, including children, have regulated this moment with medals that they won at city, regional and other tournaments. But this is not always the case. The emergence of motivation in the form of a belt system, I am sure, will give a good impetus to both children practicing SAMBO and adult athletes.

At the beginning of the conversation, you mentioned that the upcoming Asian Championships and the World SAMBO Championships will be held in Uzbekistan. What is the reason for this decision?

- In 2025, Tashkent will host the Asian Youth Games. The decision has already been made, and Tashkent has fully begun to prepare for these events as a host country. As you know, the host country has the right to include several sports in the games program at its discretion. We have already held negotiations with the Ministry of Physical Culture and Sports of the Republic of Uzbekistan, with the National Olympic Committee of Uzbekistan, where we asked the organizers to include SAMBO in the program of these Games. This proposal was supported, since SAMBO is developing rapidly in the Republic.

Due to the fact that the decision to hold the Games has been made, Tashkent should host a number of major sporting events on the eve of 2025, and such tournaments as the World Championships and the Asian SAMBO Championships are an excellent opportunity to gain experience and show themselves. But the main thing is, of course, the opportunity to popularize this sport in the Republic and around the world.

Is this too much of a burden for your country? Two major tournaments in one year...

- When the Executive Committee of the International SAMBO Federation supported our application, we were all very happy: we had a great honor and the opportunity to host the main tournament of the FIAS calendar. We will do our best to justify the trust placed in us, so that all participants in the competition and spectators enjoy this sporting event.