Andrei DOROGANOV: “A Blind Man Is Still a Man” 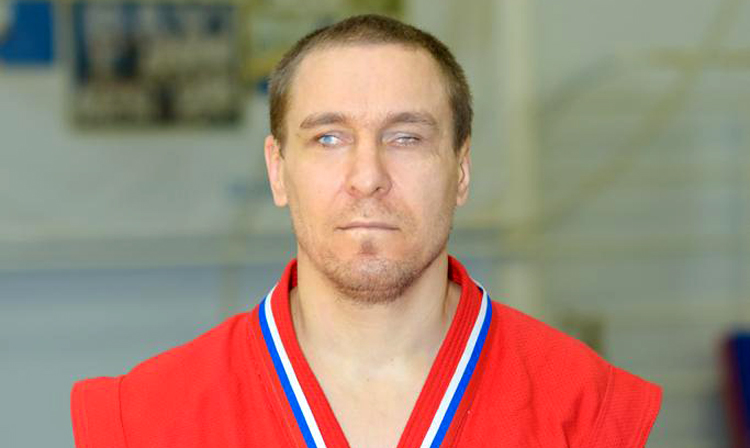 Russian sambist (Blind SAMBO) Andrei Doroganov was born in 1983 in Stavropol Krai. In 2002, at the age of 19, he went blind. Despite this fact, in 2008 he graduated from Stavropol State University with a degree in law. He is a two-time silver medalist of the SAMBO Championships of Russia among the Blind and Visually Impaired. He repeatedly fulfilled the normative standard for Candidate Master of Sports. Andrei shared his life story exclusively with the FIAS website.

My journey to SAMBO started in the early 2000s. At 19, I was struck blind. Following several surgical treatments, I was still enjoying my residual vision, though. Unable to come to terms with the fact that I’d turned disabled, I was trying to lead my normal life as it used to be. So, I entered the University.

As a student, I realized that a desire to fend for myself alone is not enough. I began to visit a SAMBO club with my friends. There was no question of choosing a type of martial arts, since the idol of my generation was Fedor Emelianenko who glorified SAMBO in the international arena.

Sport has given a strong impetus to my personal development. I began to feel more confident in life and got to know interesting people. 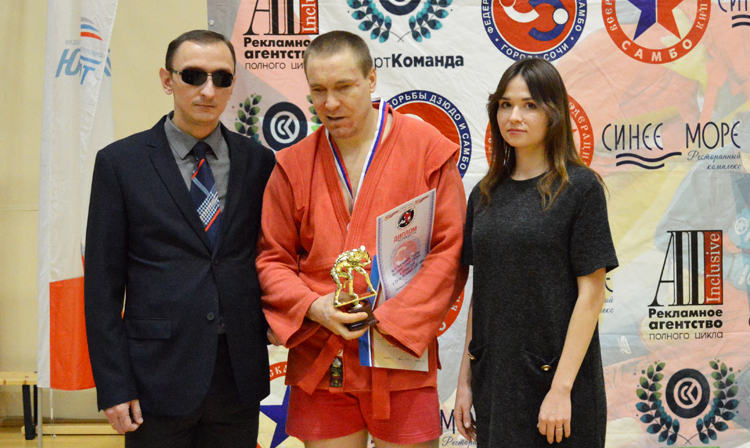 Soon after my graduation, I totally lost my sight and almost despaired when I learned my diagnosis from doctors. But it was the sport again that played a great role in my life and helped me out of this dire situation. I kept on practicing and got to the school of the Honored Coach, the USSR Master of Sports in SAMBO Muhamed Ayubovich Popshuov. In the sports school, when I was training under the guidance of Ruslan Kishmakhov and Rustam Popshuov, I started to achieve my first serious results.

I got enthused over the recent development of SAMBO for the Blind and Visually Impaired. I tried not to miss the SAMBO championships and tournaments for the blind and visually impaired. Drawing on my personal performance, I was able to change the attitude of local authorities to both SAMBO and blind wrestlers.

I twice won a silver medal of the Russian Championship: the first one at Sochi-2018, and the second one at Moscow-2019. I reached the normative standard for Candidate Master of Sports.

Of late, I have been practicing at the sports school in the city of Mikhailovsk, Stavropol Krai, under the guidance of Vitaly Vasilievich Volobuev. I’m going to take part in every SAMBO tournament among the blind and visually impaired and have hopes for the expansion of this discipline at the international level. 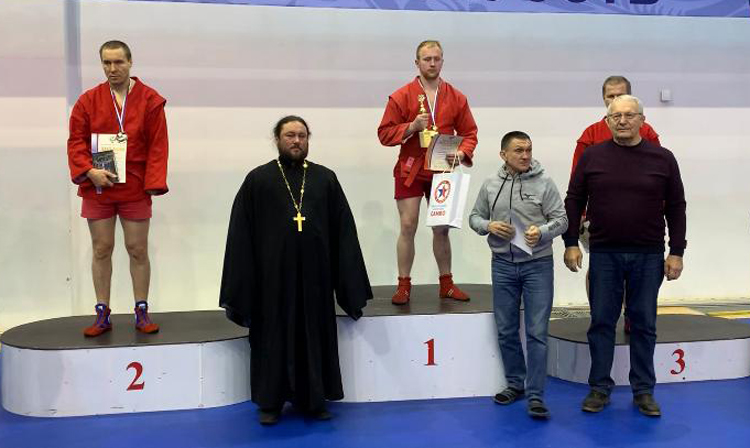 At this point, I am intensely preparing for the "Overcoming” International SAMBO tournament among the Blind and Visually Impaired that will take place in June this year in Moscow. I hope to bring the gold to the Stavropol Krai.

I wish to address the blind people from around the globe. Do not clam up in your disability shell, no matter when and how this tragedy of yours happened. The main thing is that you are alive, and your heart beats, and this means that you need to live on and move ahead! SAMBO is expanding now in almost every country the world over, so feel free to visit a gym, and start practicing it right away. And do not be afraid to lose in fights: there are no rises without falls!

A blind man is still a man, and at all events, you need to be able to parry a blow, and SAMBO teaches this very well indeed. See you at the international SAMBO-for-the-Blind tournament in Moscow!