Antonio Ramirez Rebollar: "Athletes from 22 Countries Will Take Part in the Pan-American Championships" 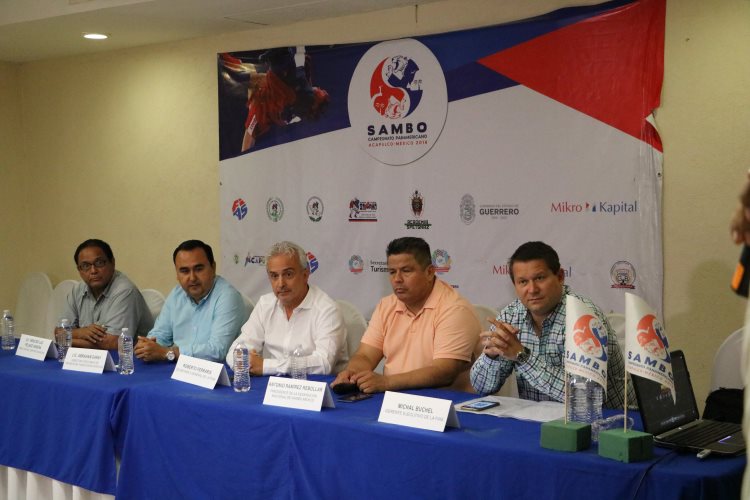 A press conference dedicated to the forthcoming Pan-American SAMBO Championships was held in Acapulco.

The conference was given by the General Director of the Acapulco Destination Marketing Office Abraham Garay, the Director of the Department for the Promotion and Development of Sports in Acapulco Wenceslao Pelaez Herrera, the FIAS Secretary General Roberto Ferraris, President of SAMBO and Combat SAMBO Association of Mexico Antonio Ramirez Rebollar, and CEO the FIAS Headquarters in Lausanne Michal Buchel.

Antonio Ramirez Rebollar opened the media conference by extending his gratitude to the representatives of the municipality of Acapulco and the State of Guerrero for their kind assistance in organizing and conducting these championships. ‘With no participation of the city or the state, staging these competitions would be an extremely difficult task,’ noted the head of the National SAMBO Association.

In his speech, he reminded the audience that SAMBO had appeared in Acapulco 20 years ago, and now it is being actively expanding not only in Mexico, but throughout the entire American continent. ‘On the nearest weekend – on July 21-22 – 120 athletes from 22 countries will take part in Pan-American SAMBO Championships. For the first time ever in the history of these lands, the competitions in beach SAMBO that promise to be highly spectacular will also take place,’ called the media attention Antonio Ramirez Rebollar. 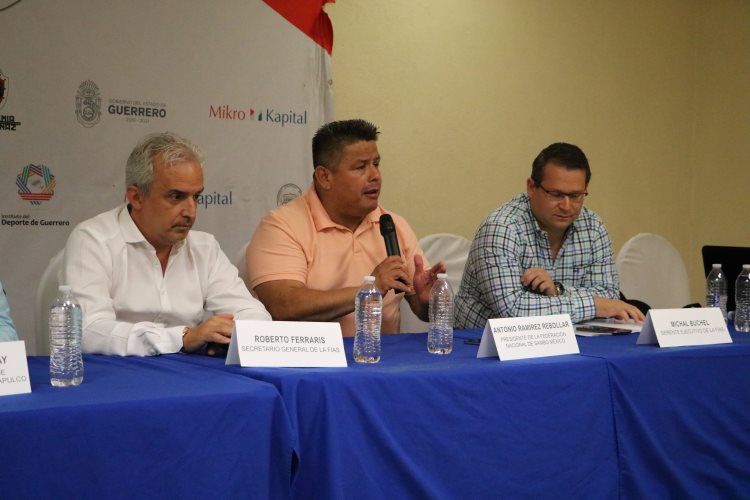 Subsequently, Roberto Ferraris took the floor. "At present, SAMBO as a sport is represented on five continents in all its diversity, from multi-sport games to mixed martial arts," stated the FIAS Secretary General. ‘SAMBO already participates in the European and Central American Games, this year it was included in the Asian Games for the first time, and we hope that next year it will enter the program of the African Games, as well,’ Ferraris said.

As for the upcoming tournament in Acapulco, the FIAS Secretary General pointed to the high level of competence of all the present athletes and wished them good luck. 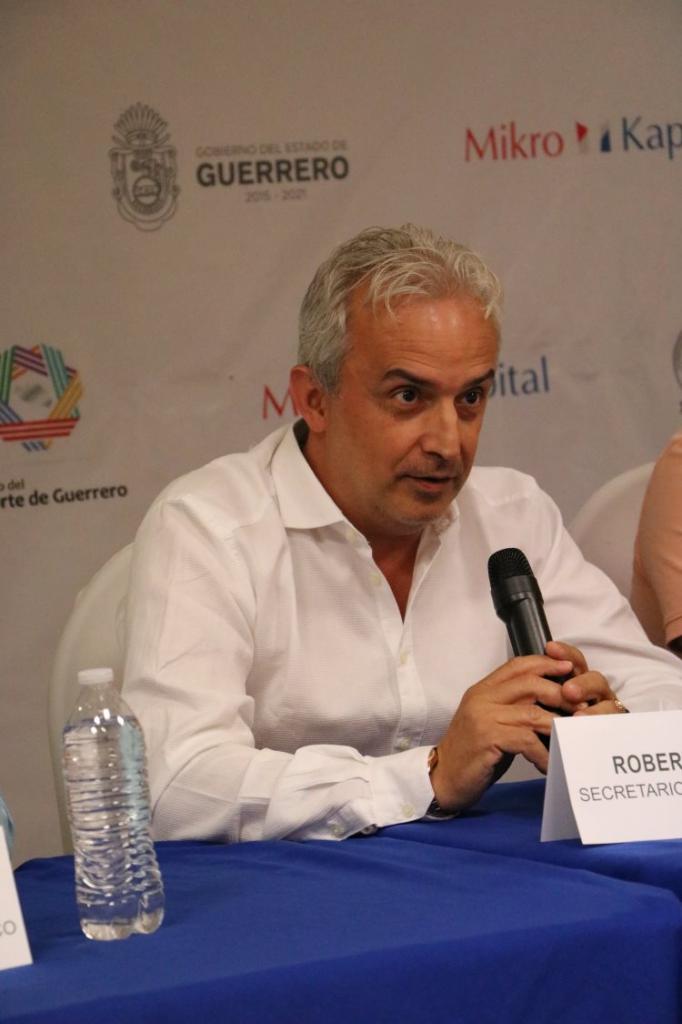 Michal Buchel, CEO of the FIAS Headquarters in Lausanne, told the reporters that FIAS is not only engaged in organizing and conducting competitions but is also fulfilling an important, socially responsible mission. ‘SAMBO is being involved in the activities of various international organizations, such as "Peace and Sport". The efforts of this organization actively supported by Prince of Monaco Albert II are aimed at strengthening the cause of peace through sports,’ explained the head of the FIAS Headquarters in Lausanne. Buchel cited an example of a charity fund established by the World SAMBO Champion, a native of Venezuela, Maria Guedes, who helps children, women, and teenagers from ill-provided families to go in for sports. 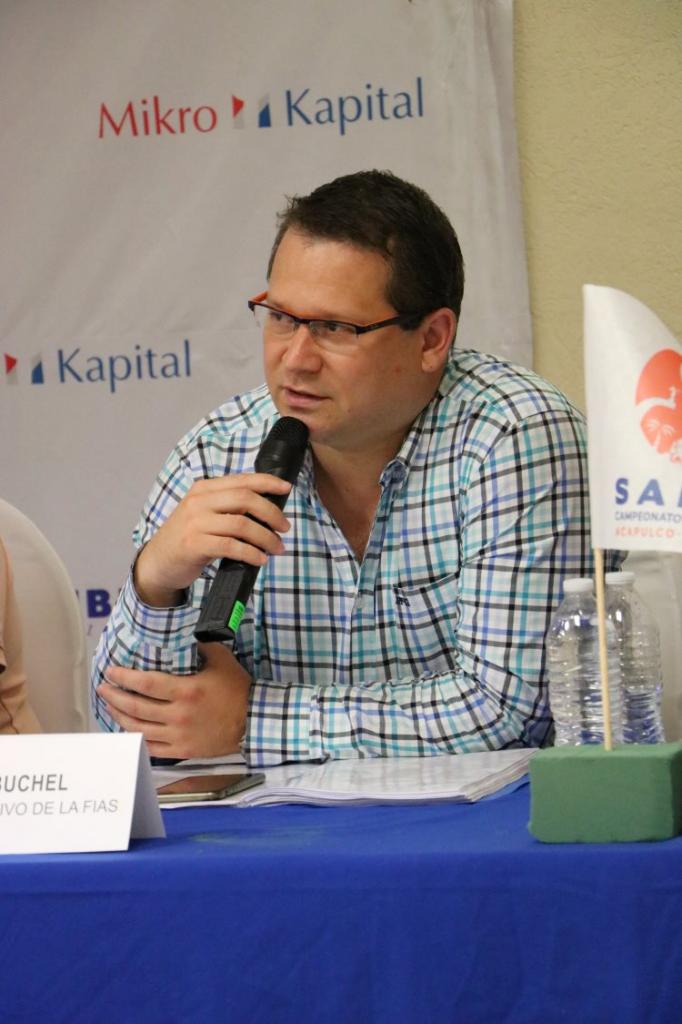 Abram Garay congratulated all those present on the fact that such a significant and large-scale event will take place in Acapulco while thanking the participants of the competition for the visit to the city. ‘Our people warmly welcome you and are excited by your presence on the Mexican land,’ stated the General Director of the Acapulco Destination Marketing Office. 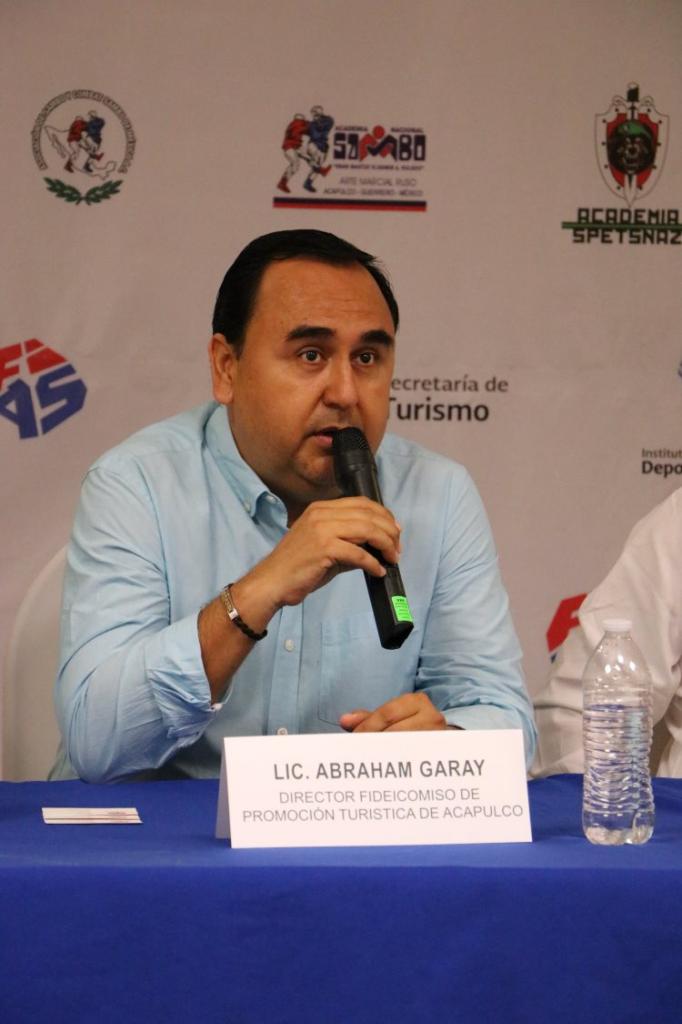 Wenceslao Pelaez Herrera also wished all participants of the competitions and members of delegations to have a great time, assuring that the municipality had taken all measures to arrange their safe stay and to create a comfortable environment for the preparation of athletes for the competitions. 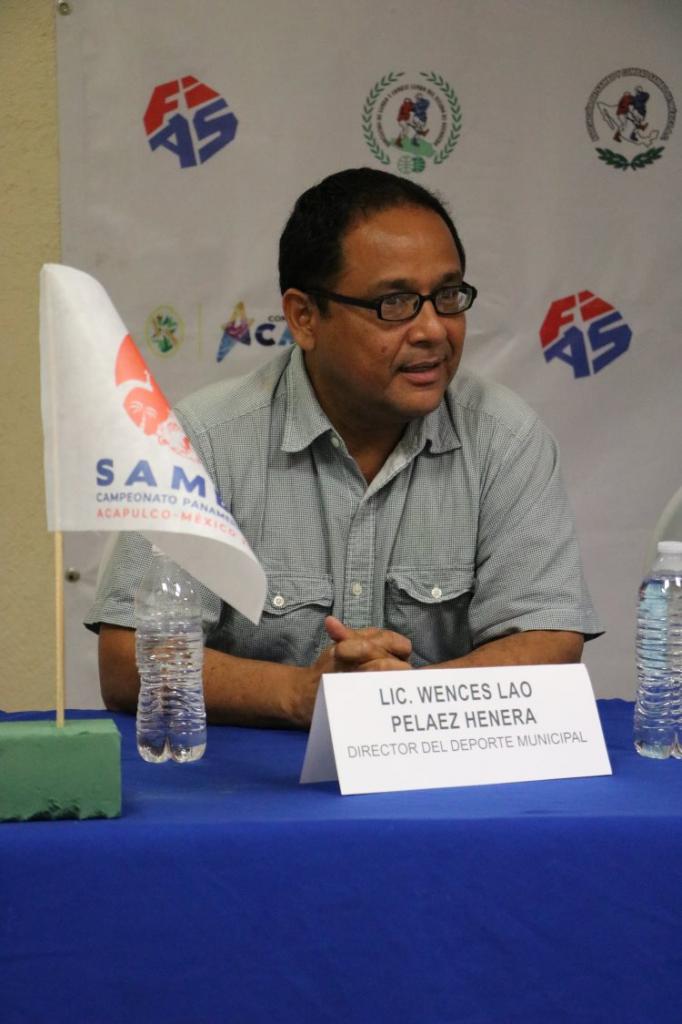 The question of a Mexican journalist on how SAMBO that had originally been conceived as a special technique for the militaries, was subsequently transformed into a sport, was answered by Roberto Ferraris. ‘Indeed, SAMBO had been introduced in the USSR back in 1938. SAMBO is an acronym that stands for “self-defense without weapons”. Eventually, as SAMBO was evolving into a wrestling discipline, all specifically military techniques were removed from it, with preserving its basic principles,’ explained the FIAS Secretary General. Having become a sporting martial art, SAMBO started expanding intensively all over the globe. The first World SAMBO Championships took place in Iran in 1973. Currently, there is a whole range of SAMBO competitions, from tournaments for beginners to competitions of veterans and multi-sport games. ‘And our sporting plane is growing all the time,’ emphasized Roberto Ferraris.

When asked when SAMBO would join the Olympic family of sports, Michal Buchel replied: ‘We are striving for the recognition of SAMBO by the International Olympic Committee, and in the last 10 years we managed to achieve quite a lot in this respect: the number of national federations is growing increasingly, as well as the number of fans of this sport. SAMBO has great potential and the most promising prospects,’ concluded Buchel.