Aslambek Aslakhanov: "If SAMBO a budget of the worst Russian football team was given, this combat sport would become an Olympic sport in 4 years" 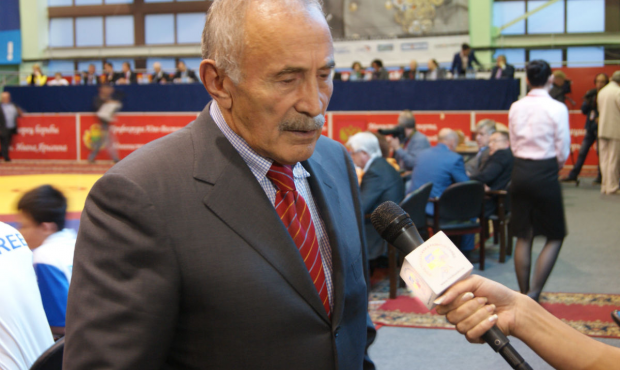 The Tournament for the prizes of A.A. Aslakhanov that was recently held in Moscow gave an opportunity not only to enjoy SAMBO of the highest level but also gave cause to look into the future. While answering the journalists’ questions Aslambek Aslakhanov, Merited Master of Sports, told about his vision of Olympic prospects for SAMBO.

– There is no doubt that this wonderful combat sport will eventually become an Olympic sport, – stated Aslambek Akhmedovich. – In 1980 SAMBO could have been included into the program of the Olympic Games, the big-time politics however got involved into the sports matters. The country’s leader of that time Leonid Brezhnev gave a command to include grass hockey into the program of the Moscow Games at the request of fraternal India. As the result we just haven't used a very good opportunity. I am sure that if only the SAMBO competitions had been held that time, all the world would have gone in for this kind of sport.

Concerning the current moment I do not think that we will be able to see our favourite combat sport within the Olympic program at the following Olympiad. Of course, if SAMBO a budget of the worst Russian football team was given, this combat sport would become an Olympic sport in 4 years. However now we have restricted budget to succeed. It affects the opportunity of the teams to participate in tournaments as well as engage the coach human resources and many other things. Some difficulties are connected with the fact that Olympic judo and non-Olympic SAMBO are very familiar and have something in common. That is why it will make some difficulties, for sure, but we have definite prospects and everything will be certainly all right with the appropriate support, – pointed out Aslambek Aslakhanov.