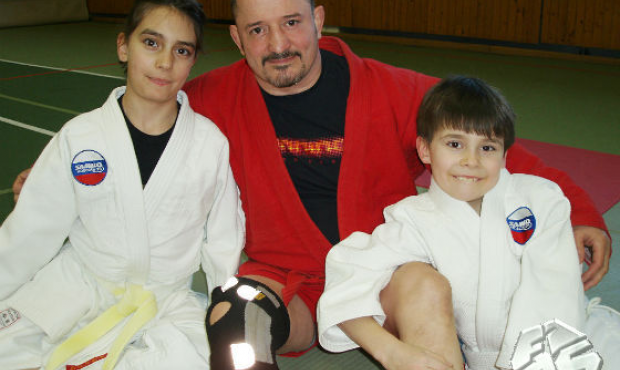 The word “seminar” came to us from the Latin language, and it means – a nursery garden, hothouse. If you look at the sports seminars held by FIAS Sports Department through this lens, everything becomes abundantly clear. Because specialists of the International SAMBO Federation who always combine both coaching professionalism and pedagogic charisma, figuratively speaking, provide their wards – coaches and athletes – with hothouse conditions at such seminars, which, as in a nursery garden, contribute to their professional skills.

This time the “hothouse” for coaches and athletes was visited by Yury Trufanov, a part-time Chairman of FIAS Commission for Masters and the Master of Sport in SAMBO. From 4 to 10 of March, he held a number of seminars in Austria which aroused great enthusiasm among the Austrian athletes.

Recently SAMBO athletes of the country perform significantly better at the competitions, held under the auspices of FIAS. With ever increasing frequency you can hear the Austrian national anthem at the awarding ceremonies of the World Cup Stages, and it’s logical that the next summit for the Austrian SAMBO – is getting of the local athletes on the victory podium at the European and World competitions and Championships. This is the main goal of the seminars in Austria organized by FIAS.

By the way, the following similar events in the homeland of Strauss and Mozart will be held very soon, from 4 to 10 of April the Chief Coach of the Russian team in combat SAMBO – Aleksandr Konakov will work in Linz, Innsbruck and Salzburg.

As you know, Austria is famous not only for its world-known composers but it’s no less famous for balls. One of them, which was held in the City Hall of Vienna, and where the whole sports elite of the country was invited to, was visited by the hero of the article – Yury Trufanov.

The Austrian SAMBO Federation, which is intelligently managed by Svetlana Sokolik, have visited the ball not the first time. The invitation to such an event – is a kind of the Federation encouragement for its considerable success in SAMBO promotion in Austria. The progress of SAMBO implementation in the program of the Austrian security forces training is the most noticeable.

We’d like the joint efforts of the Austrian SAMBO Federation and FIAS to be crowned with success of our favorite martial arts in this country – still famous in the sports world mostly thanks to the victories in winter sports.