African SAMBO Championship: just a couple of days before the start 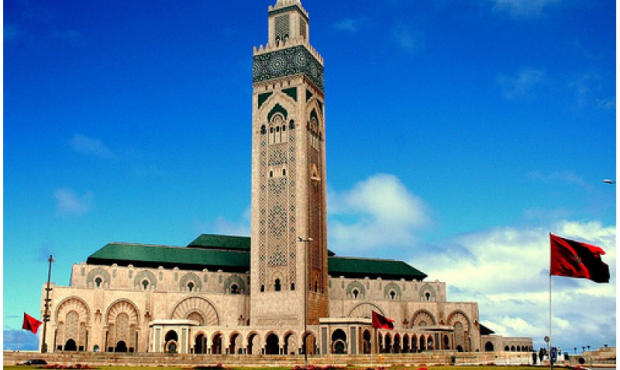 Casablanca is the most populated city in the Kingdom of Morocco. It is a truly centre of the African sambo life. The name of Morocco means “a white city” translated from Spanish. It is located on the coast of the Atlantic Ocean and its major tourist attraction is a magnificent Hassan II mosque with the tallest minaret in the world.

Sambists from 14 countries will visit Casablanca for participation at the beginning of May. It is a record of African SAMBO Championships. Teams from Algeria, Tunisia, Congo, Cameroon, Mali, Niger, Nigeria, Senegal, Ghana, Benin, Mauritius, Sierra Leone, Djibouti and, of course, Morocco will compete for the title of best sambists of Africa.

About 100 sportsmen are going to measure strength with each other at the universal sports hall named after King Mohammed V which is capable to receive 10 thousand viewers. That’s where the World Sambo Championship among masters took place in 2012. The Mediterranean Games, the Arabian SAMBO Championship as well as the World Sambo Championship far back in 1987 were welcomed by this sports hall. The sports hall is named after King Mohammed V who was the most beloved Sultan and King of Morocco.

The teams come to Casablanca on May 2. May 3 is the day when technical meetings and instruction of judges will be carried out. The fighting in the sports hall named after King Mohammed V will start on May 4 and will continue on May 5. All the participants of the African SAMBO Championship will already return home on May 6.

Some of them will return home with medals and prizes though, of course, everybody will return with experience and new skills which are necessary for all the participants of the sambo holiday – from coaches and sportsmen to organizers and judges. As we all know, foundation for future victories is created from start to start. And it is precisely experience which will be of much use for us as we have many important and significant starts in SAMBO ahead.