African Sambo Championship: interviews with the participants and thought about the coming World Championship 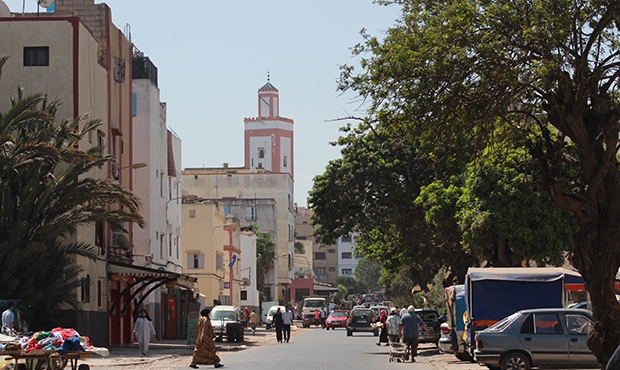 What interesting things await us in the Moroccan Casablanca during the November World Sambo Championship and several interviews with representatives of the teams - participants of the African Championship.

The main attraction of Casablanca is the Hassan II Mosque visible from almost anywhere in the city. It is not surprising because its tower has the highest minaret in the world which is 210 meters high, and the mosque itself can hold 2.5 thousand worshipers simultaneously and is ranked second in the world after the mosque in Mecca. Anyone who will visit the World sambo Championship in November will be able to admire the main attraction of Casablanca. Attention to non-Muslims: only men are allowed to enter the mosque. To do this you must come to the main entrance at certain times: 10.00, 11.00 and 14.00 having 120 local dirhams in your pockets (about $10). Women can only admire the mosque´s beauty from the outside. By the way, before sunset, at dusk with beautiful lighting the mosque looks amazing and you shouldn´t miss such a sight. 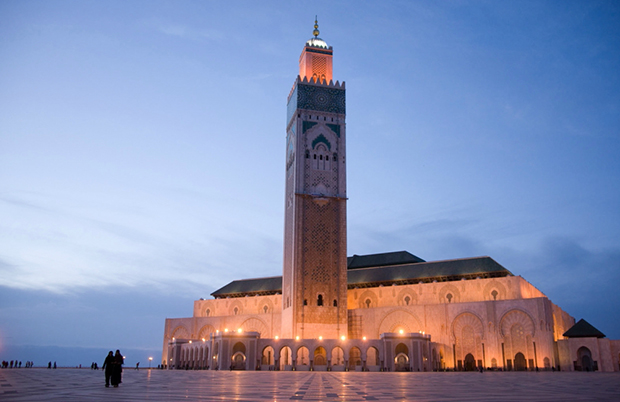 Moroccan mandarins and oranges are famous throughout the world. And the picturesque fruit bazaars with the juicy and tasty vitamin diversity of nature's gifts are the first thing that catches the eye of anyone who has come to this country. Nearby there are numerous mini-stations for the production of fresh juices. Try this miracle which will cost you only 50 cents. It´s great fun and a must-do in Morocco. 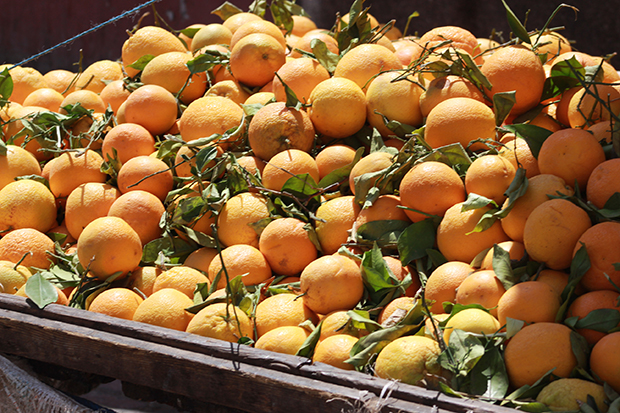 You should also definitely buy and bring home from Morocco the fine argon oil, a source of youth and radiance of the skin, olive oil and local sweets, a source of vitamins and minerals, as well as household items: leather, carpets, dishes and elegant silverware. For best purchases visit Medina and old Medina. That's where you'll find all the best souvenirs from the country as well as try the most famous local dish - couscous - and enjoy the magical scent of Moroccan mint tea. 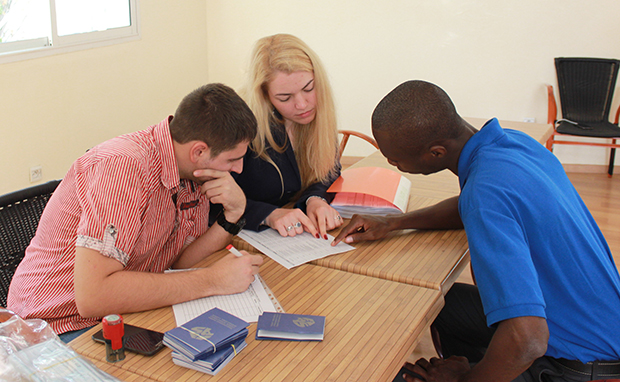 Accreditation is the usual way to begin any sporting event. Sambo Federation of Morocco held it in the place of residence of all athletes, the sports center "Bourgogne". This year 15 countries will take part in the main continental start of Africa which will take place this weekend at the sports complex named after Mohammed V. The championship kicks off on Saturday and on Friday all the presidents of the national federations will take part in the congress. A day earlier, the representatives of the countries-participants of the competition have gone through all the formalities of the accreditation and then told the FIAS website about their expectations from the performance of their athletes.

Diomede Rutamuquero, President of Sambo Federation of Burundi: "Through war and revolution to the African Sambo Cup" 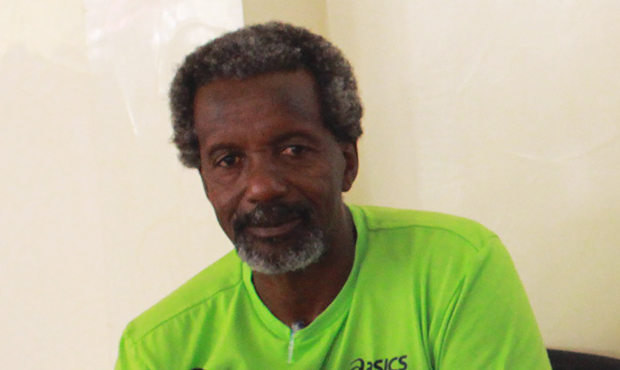 "Last year at the sambo championship in Cameroon we performed well receiving silver in the weight of 57 kg and the 4th place in overall ranking. This year our team is represented by two athletes and we hope for two golds. Our country is restless now: a war, big riots, and a revolution. There have been casulaties, we haven´t been able to fly from the capital, there were no planes, we had to change the route. We had difficulties leaving the city and in the last 3 weeks before the championship the athletes had no opportunity to train, the city is cordoned off by the military.

The road to Morocco was very hard: we went by bus to Rwanda where there is air traffic, then had a flight over Qatar, and here we are. Today, the athletes will run a cross to acclimatize, and tomorrow we will practice on the mat and fight. I always say that practicing sambo, firstly, helps athletes to forget the horrors of war. Secondly, it is a lesson of peace for future generations. All those who work side by side on the sambo mats in the future will never go to the barricades and will not participate in inter-ethnic wars. Sport unites and serves as an example of possible peaceful coexistence of people of different nationalities. It’s important for my country which is experiencing a series of wars and international conflicts. It's great that sambo is a part of the struggle for peace."

Alves Antonios dos Santos, President of Angola Sambo Federation: "We believe in success and we go step by step to our first medals of the continental championship" 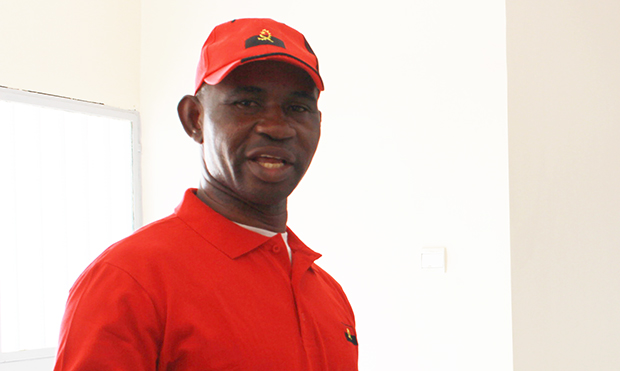 "Last year we were not able to participate in the continental cup. The reason is simple: we did not have air traffic with Cameroon. Today here we are with three athletes representing Angola in sports sambo. Next year we plan to attend combat and women sambo too. Yes, it´s hard for us, this kind of sport is not as developed here as in the Arab African countries: Morocco, Algeria, and Tunisia. But in Angola we are also very fond of this martial art. Therefore, I think that gradually we will gain some medals, first on the continental level and then in the world championship. We have been in Narita at the world championship last year and enjoyed the successes of the African sambo when Tunisia got two bronzes. We believe that our country will also get a world championship medal soon. Our start here is the first step towards this."

Thomas Redpuff, head coach of the South African national team: "This is our debut on the African sambo Championship" 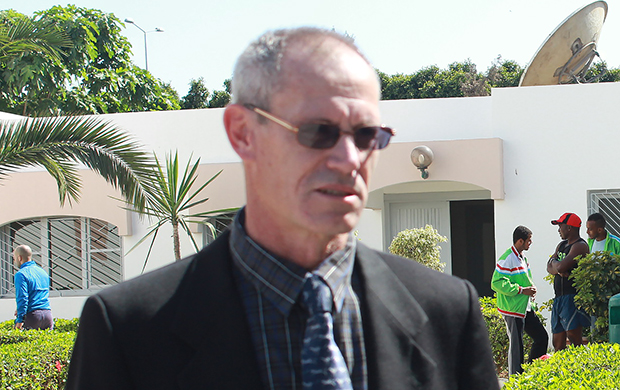 "For us, this is the first start of the African championship and an introduction for us. Two athletes will represent our country in the sports sambo, and in the future we plan to strengthen the team with combat sambo wrestlers. I think it will happen next year. What would be considered a good result? We expect medals and any medals will be a good result for us."