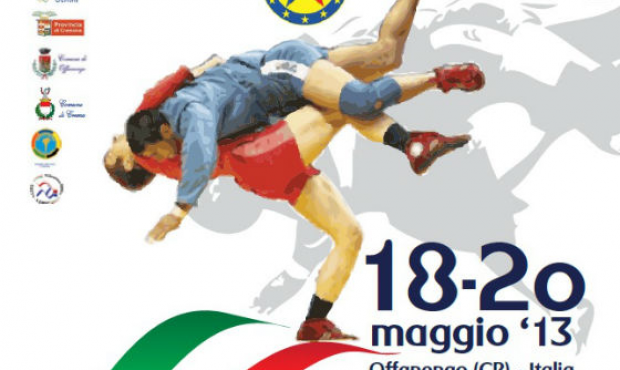 2013 European SAMBO Championship will be held in the Italian city of Crema from 18 to 20 of May. Today, in our report, we’ll tell you about this city, as Milan, where all SAMBO athletes delegations arrive in, is known to everybody, but Crema that is located 50 km away from it, is known to a few. We’ll also recall who was stronger at the Old World Championship in Moscow last year, and of course, tell you about the interesting things we should expect on the Italian mats and in the Reception Hall of the Municipality of Crema next weekend.

The history of the city of Crema is most closely associated with the invasion of Italy by the Lombards in the VI century. Actually the Lombards gave the city its name: Crema translated from the Lombard language means “small knoll”. It should be noted that there are other versions of the city origin, claiming that it was founded in the era of the Celts.

Those of athletes or delegations representatives who come to Italy earlier or stay in the city a little longer after the competitions should certainly see the Cathedral of Crema, which is a fine example of Lombard Gothic style as well as the wonderful Church of Santa Maria of the XVI century.

Italy, with its beautiful architecture, crazy kitchen and wonderful smiling people, can’t help attracting tourists, but our tourists will come to Italy not for the sake of it. SAMBO will be certainly the main thing on next weekend for them. Over 300 SAMBO-tourists representing 29 European countries are expected to visit Crema next weekend.

Let’s recall that the last year European SAMBO Championship was entirely dictated by the Russians, they won the overall team Championship in all disciplines. Then the second among women were the Ukrainians, the Belarusian team mounted the third step of the podium. The Belarusian SAMBO athletes became the silver medalists among men, the Georgian team won the bronze medal. In Combat SAMBO the Ukrainians mounted the second step of the podium in Moscow, the Bulgarians were the bronze medalists.

In May 2013, many teams pretend to break the Russians hegemony in the European SAMBO. Judge for yourself: the success of the Italian women’s team can’t help but notice just lazy, there has been progress of the Romanian and Lithuanian SAMBO and the Belarusians and Bulgarians – are eternal rivals of the Russian team, and Italy, for sure, won’t give up its ambitions. So the fighting on the Crema mats indeed won’t be boring.

Certainly it won’t be boring in the Reception Hall of the Municipality of Creama, where the day before the competitions, on May 17 the annual European SAMBO Federation (ESF) Congress will be held.

“This is the reporting Congress, which is traditionally held during the European Championship. The confirmation of the ESF sporting calendar for 2013-2016, as well as discussion on the Europeans preparation for major starts of the year – the Universiade in Kazan, II SportAccord World Combat Games in St. Petersburg as well as the World Championship, which will be also held there, are on the agenda in Crema” – comments on the upcoming meeting of the European SAMBO in Italy the European SAMBO Federation President Sergey Eliseev.

Well, May and June for the FIAS – is traditionally the time of the Continental Championships. And if the beginning of May was held under the auspices of SAMBO in Africa, the middle of May – is the time when we – fans get to know the news about SAMBO in Europe.