The World SAMBO Championship 2012 in Minsk: one week before the start 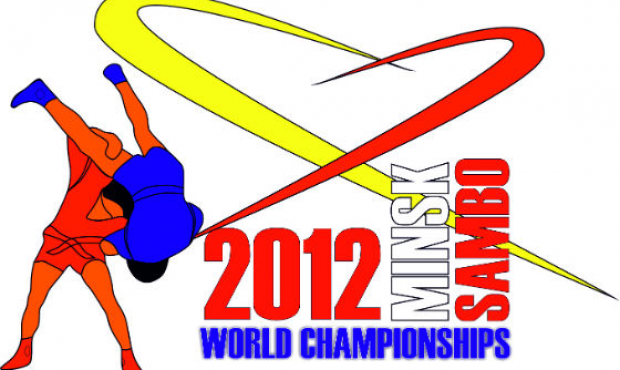 This year the World Championship will be held in October, from 9 to 11, in Minsk, the capital of Belarus. The President of the Republic of Belarus, Aleksandr Lukashenko, is expected to be on the day of opening of the competitions in Minsk Sports Palace. Such great honour to this kind of sports rendered by the first person of the state certainly means the popularity and high level of development of SAMBO in the country.

Yes, indeed, SAMBO is one of the favourite martial arts in Belarus. This fact hardly may be argued and even Olympic judo in the Republic can not sometimes compete with SAMBO.

By the way, the SAMBO national team of this country is one of the strongest in the world. The Belarusian SAMBO practitioners took the 2 team place (in the three disciplines) on the Planet Championship 2011 in Vilnius having given a way forward to the Russian team only. The Belarusians got 4 golden, 4 silver and 3 bronze medals in Lithuania.

What concerns other national teams the woman team podium in the team Championship in Vilnius in 2011 was the following: Russia, Belarus, and Turkmenia. Probably this year the Belarusian woman SAMBO practitioners being in the native country and with the support of the stands will make every effort to get to the highest stage of the podium.

The three winners of the World Championship in team classification among men were the following: Russia, Belarus, and Georgia. We will possibly witness in Minsk a hard fight in this nomination between the hosts of the Tournament and the Russians, the fathers of SAMBO. And who knows may be this time the sensation will take place and they will change places?

The combating SAMBO practitioners on the team podium of World Championship 2011 were arranged in the following way: Russia, Belarus, and Uzbekistan. The Bulgarians are lately close to the heels of the Russian national team and perhaps in Minsk they are also planning to contest the right of Russia to be called the State No. 1 in combating SAMBO.

Discoveries of the World Championship 2011 were the medals of the hosts of the Tournament, the Lithuanians, as well as the national teams of USA, Germany and France. We will also be able to know in a week, will the sensations turn into the regularity?

Moreover the World Championship in Lithuania was famous for some innovations initiated by the International SAMBO Federation. This year they will become the rule.

So a new format of holding the competitions was used in 2011 when the medals in all three SAMBO disciplines were given, women sporting, men sporting and combating. Since it proved itself the same format of holding the competitions is being planned in Minsk. Thanks thereto SAMBO became more spectacular, understandable and accessible for the spectators.

Besides in Vilnius 10 sportsmen chosen by lot passed doping control tests according to the WADA rules first time in the history of SAMBO World Championships. This year the number of tests taken will increase to 27, every Champion will pass this procedure.

As well as last year the online broadcasting of the World Championship will also be available. This year it will be available on the renewed FIAS website at the address: http://sambo.sport/. Belteleradiocompany will become the host broadcaster of the tournament, this company with the help of Eurovision (EBU) will provide live television broadcasting of the Championship to all world television companies.

This is all news about the coming Tournament for now. In a couple of days you will be able to know from our next reporting some numbers concerning the participating countries of the Championship and the amount of sportsmen who will perform at the coming world forum.

Moreover we will report on the character of changes which take part in the Sports Palace for several days before the competitions, what does Mr. Vladimir Yaprintsev, President of Belarus SAMBO Federation, expect for from the World Championship and what is Fyodor Emelyanenko, the SAMBO legend, going to do in the Tournament.