Digest of the week: Colombian Championship, SAMBO technical book, and Masha and the Bear in St. Petersburg 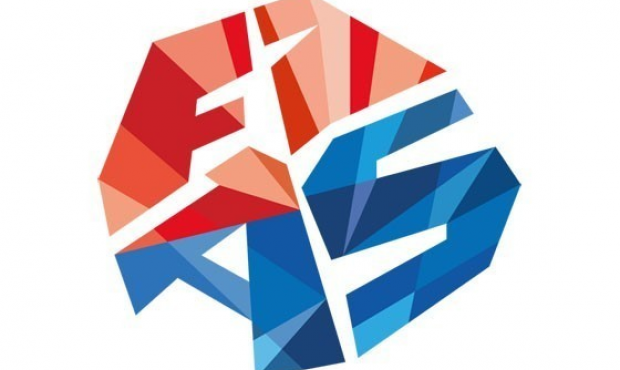 Who was the winner of the fifth Colombian National Championship? Where can one find all the information about SAMBO at the Universiade in Kazan? When are the mascots of the SportAccord World Combat Games Masha and the Bear moving to the permanent residence in St. Petersburg? What sports project will SAMBO athletes realise in Austria soon? The answers to these and other questions are in the digest of the FIAS website.

Less than a month left before the start of the 2013 Universiade in Kazan. And while the Student Games opening ceremony consolidated rehearsals are carried out on the Kazan Arena Stadium, athletes are busy with their “rehearsals” – training sessions and preparation for the competitions. Meanwhile, the organizers prepared a kind of “cheat sheets” for all SAMBO athletes who will take part in the competitions. The program, competitions regulations, and a great many of other issues are reflected in the SAMBO Technical Book which can be found following the link: SAMBO TECHNICAL BOOK.

SportAccord World Combat Games will be held only in autumn, but even as we speak interesting events are taking place in St. Petersburg. Last week the city on the Neva was attended by guests from all over the world to participate in the SportAccord Convention where they managed to meet with the official mascots of the St. Petersburg Games Masha and the Bear. And as early as today, on June 8, in St. Petersburg a solemn meeting of the heroes of the animated series was held. Masha and the Bear, who have already repeatedly visited the city on the Neva, are moving to St. Petersburg and will live in the northern capital till the end of the World Combat Games. In the morning they will be met at the Moscow station, then Masha and the Bear will communicate with the residents of the city and arrange a photo session with them. Next, the official mascots of the Games will go to see the sights of the city and after that they will arrive at Divo-ostrov, where they will be presented with passports of the Petersburgers.

The fifth National Championship in Sports and Combat SAMBO was held on May 24-26 in the Colombian Cali. The competitions were attended by more than 60 athletes from Cauca, Tolima, Risaralda, and Valle. At this tournament some of the best SAMBO athletes of the continent, the Colombians not only revealed the national champions, but also hold the evaluations for the approaching Pan-American Championship. According to the results of the tournament Valle league became the winner (13 gold medals), the second were Tolima (3 “gold”), the third were Risaralda (2 medals), and the fourth were Cauca (1 bronze medal). 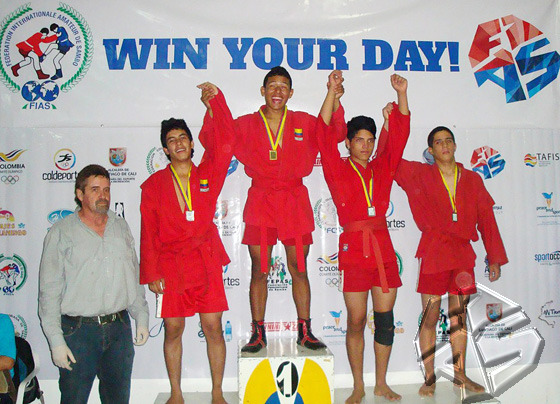 On May 30 at the Russian Cultural Center in Vienna the annual report and re-election conference VARS (All-Austrian Association of Russian Compatriots) will be held. The event, which was attended by the Ambassador Extraordinary and Plenipotentiary of Russia in Austria Sergey Nechayev, discussed the plans and prospects of the various projects. Special attention was paid to SAMBO and the development of the Russian sport in the country. It was decided to focus on the founding of the VARS Sports Committee based on the Austrian SAMBO Federation under the leadership of Svetlana Noybauer-Sokolik. Details of the project will be discussed in the future, but at the last meeting various talks were held, in particular, Chairman of the VARS Teachers’ Council Ms. Litvinenko came into contact with associate professor of the Institute of Physical Education, trainer and consultant of the Austrian SAMBO Federation Mr. Trufanov. It is interesting that at the end of the conference young SAMBO athletes who have already become “stars” of the Austrian SAMBO performed before its members.