Sambo Palace in Omsk financed from the federal budget, and other results of the tournament for the prizes of Alexander Pushnitsa 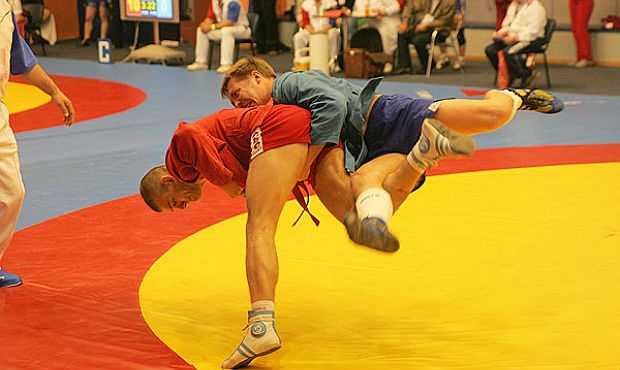 Today the XV All-Russian Sambo tournament for the prizes of Alexander Pushnitsa has ended in Omsk Krasnaya Zvezda Sports Complex. It was remarkable not only thanks to sports achievements of participants and their impressive fight. This event was marked by announcement that the Alexander Pushnitsa Sambo Development Center was included in the state physical culture development program made at the festive competition opening ceremony.

It was announced by First Deputy Chairman of the government of Omsk Region, Vyacheslav Sinyugin. This means that the region will finance this project. In March 2013 this idea was supported by the President of Russia Vladimir Putin. Simultaneously, it was declared that the federation is ready to finance 50% of the project value.

“Our task is to involve all Omsk city dwellers of all ages in physical activities,” Mayor of Omsk Vyacheslav Dvorakovskiy says. “The President of the Russian Federation Vladimir Putin also stresses that development of physical culture and sport is an important governmental objective. Therefore, everyone is to work in tandem focused on its achievement.”

The Omsk sportsmen supported the good news by their successful performance on the carpets. Approximately 250 sportsmen from 15 Russian regions participated in the competitions that took place from October 28 to October 30. It is notable that following the results of the tournament, the Omsk sportsmen got 9 out of 16 sets of gold medals.

“For the first time in recent years, Omsk representatives performed so well. On the one hand, it is due to the fact that the sambo world cup will take place in Japan in the end of November, and several members of the team refuse to participate in our tournament as they prepare for this competition. However, we cannot say that the team was weak, the team was very good. In any case, most of our sportsmen demonstrated obvious growth. Therefore, speaking of our sportive results, they exceed our expectations,” Alexander Pushnitsa summarized the results of the tournament.