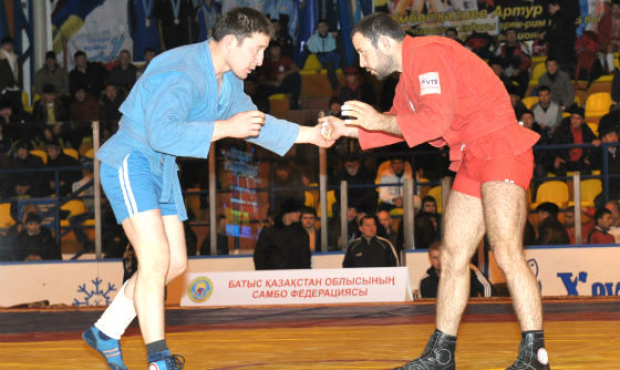 Thus, International SAMBO Federation’s initiative to hold four main stages of the World Cup on four continents will be implemented in 2013. As it was last year, the participants will fight not only for the World Cup’s medals but for the money prize. The money prize will remain the same as in 2012: gold medal - $3,000, silver medal – $1,500, and $750 for the bronze medal.

The first SAMBO World Cup Stage 2013 will take place in the Ice Palace of Uralsk, a city located in the European part of western Kazakhstan with the population of app. 250 thousand.

It will be Uralsk where sportsmen can start winning scores which will be qualified for the World Cup and will help to achieve a prestigious title of the best sportsman of 2013.

More than 200 sportsmen from 15 countries of the world participated in similar competitions in 2012. Then the national team of Kazakhstan, the host team, won the first team place and took the maximal number of medals (7 gold, 10 silver, and 22 bronze medals). The national team of Russia took the second place, and the third place was won by Georgia.

This year, which is an anniversary year for SAMBO as in 2013 75th SAMBO anniversary will be celebrated, the organisers of the World Cup expect sportsmen from 17 countries of the world. Beside traditional SAMBO countries, teams from Pakistan, Iraq, Nepal, and Indonesia are expected.

Kazakhstan has good traditions and strong experienced team not only in combat SAMBO. It should be noted that the Kazakh team won 11 medals (1 gold, 3 silver, and 7 bronze accordingly) and sensationally took the 3rd team place in the 2012 World Championship.

The start of the year is the period when not all sportsmen manage to be in top competition form and achieve perfect combination of physical and moral strength. That is why we should surely expect some surprises and sensations in Uralsk, or maybe we will witness appearance of new SAMBO sporting heroes.