"This Championship was rich in Sensations" 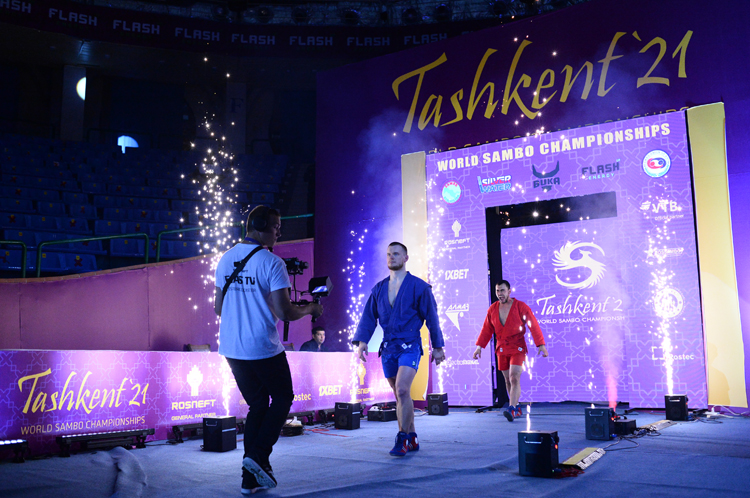 This opinion was expressed by the President of the International Sambo Federation Vasily Shestakov following the results of the World Sambo Championships, which took place on November 12-14 in Tashkent. For the first time at the main start of the year, medals were played in 21 weight categories (instead of 27, as it was a year earlier). At the same time, representatives of 22 countries of the world were among the top three winners in different weight categories. 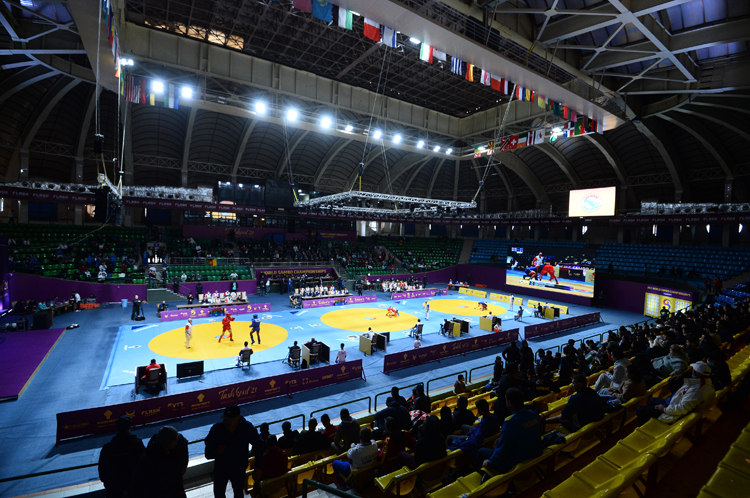 Statistics show that 341 athletes from 49 countries took part in the competition. The winner in the team event was the RSF team, which won 8 gold medals out of 21 possible. In the second place there is the national team of Uzbekistan (three gold medals, five silver, three bronze) in the third place – the team of the Republic of Belarus (three gold, five bronzes).

But this is the overall standings, and the team results are summed up by discipline. And here the dominance of the main favorite – the RSF national team – is not so obvious. If in Combat SAMBO there are no questions to Russian sambists (4 gold medals out of 7 possible, when the closest competitors each have one gold "round"), then the picture becomes more complicated. 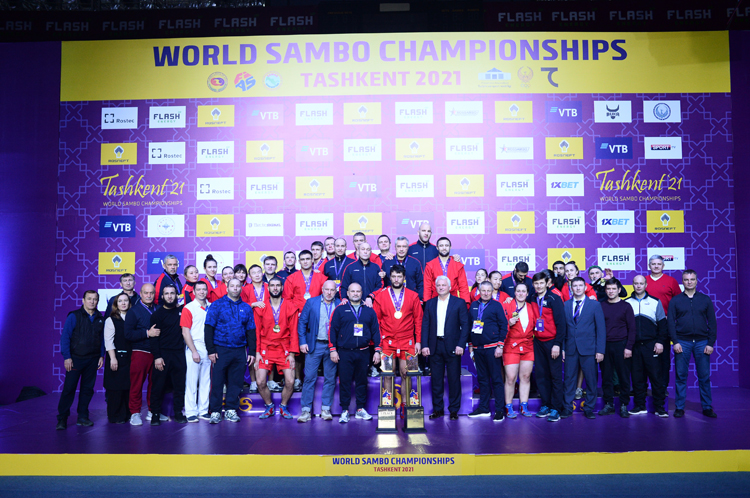 In Sports SAMBO among men, the RSF national team has 3 gold medals, and the closest pursuers – sambists from Uzbekistan – have one fewer of them – 2. However, the Russians still have a solid reserve of silver awards in this discipline, which, if the gold is equal, still takes them out forward.

And in the competition among women, a sensation did happen: the RSF national team did not make it to the top three in the team classification. Hardly anyone could have imagined this on the eve of the start of the competition. In this discipline, the team of Belarus should be congratulated, having won 3 gold medals and leading the team race. 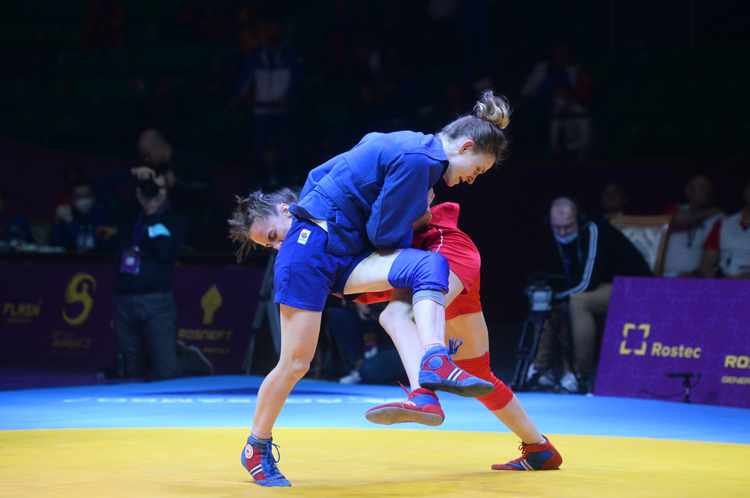 “We have joined the international Olympic family, the number of weight categories has decreased, and there are more athletes in one category. It is necessary to draw conclusions from all this, the competition will be even more powerful, which means that it will be necessary to rebuild the training process," said President of the All-Russian Sambo Federation Sergey Eliseev in an interview with TASS news agency.

If eternal rivals from top SAMBO countries fought for the distribution of places in the team competition, then underdogs periodically "fired" in the individual competition. 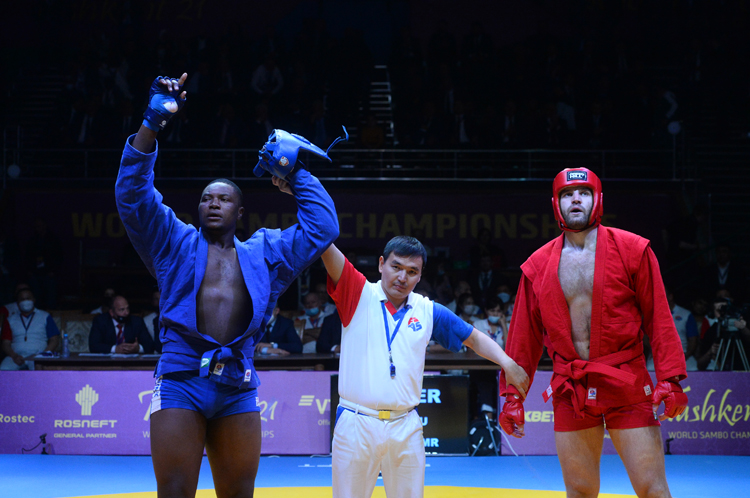 The SAMBO community has already begun to get used to the Cameroonian great results at major tournaments, but even their main fans probably hardly believed in the victory of Maxwell Djantou Nana in the final fight of the heaviest weight category in Combat SAMBO against the titled and experienced Denis Goltsov, representing the RSF. However, on the eve of the start, Denis himself singled out Maxwell among his opponents, but no more than a worthy opponent who would hardly prevent him from winning. The Cameroonian not only got in the way, but also won the "gold" himself, and with it the $4,000 in prize money. Against this background, two more bronze medals of Cameroon sambists (one in Sports SAMBO, one in Combat SAMBO) no longer seem to be such a big sensation.

The return to SAMBO of Alice Schlesinger, representing Israel, can be considered as significant moments. If at the May European Championships she only got to the silver medal, then at the main start of the year she gave her all to the end and won the "gold" for herself and her country. After the final fight, she could not remember how many times she became the world champion. Pavel Musin, her husband and trainer, helped: the Tashkent “gold” became her third. 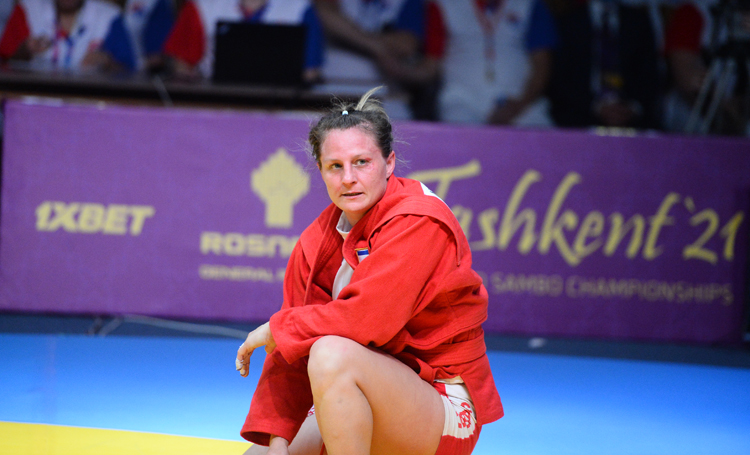 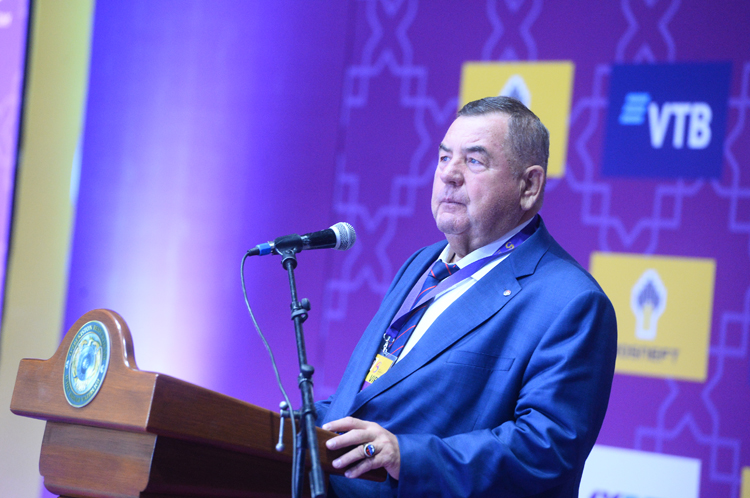 “This year, the World SAMBO Championships received increased attention, because for the first time FIAS acted as a full-fledged member of the Olympic family, which received full recognition from the International Olympic Committee. I am sure that the attention to our sport will grow from year to year and with it the professional skill of athletes all over the world,” FIAS President Vasily Shestakov noted.

[Photogallery] World Sambo Championships 2021 in Tashkent, Uzbekistan
Tags:
Share
News on the topic
Blog
Recent photos
Latest news
Recent videos
Latest news
Follow latest news You are subscribed!
Thank you! Your confirmation email has been sent to your email.
This website uses cookies to ensure you get the best experience on our website More info Got it!