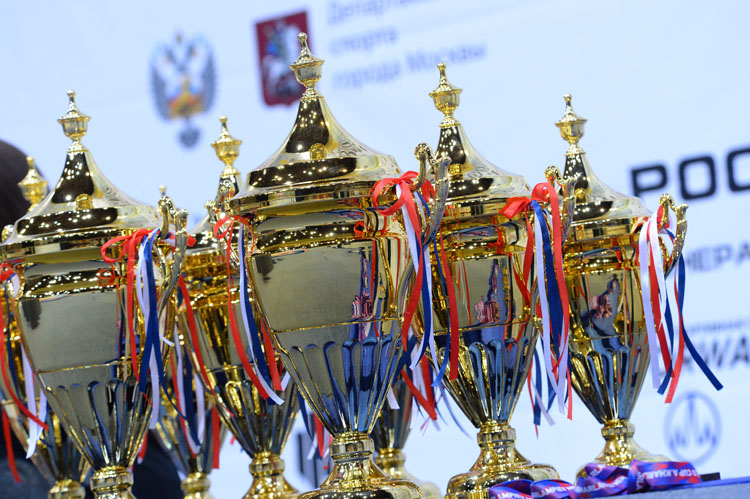 “Today's meeting is already taking place in the new status of our organization: on July 20, 2021, in Tokyo, the International Sambo Federation received full recognition from the International Olympic Committee. Once again I want to congratulate all of us on this important milestone in the development of our favorite sport,” FIAS President Vasily Shestakov began his report.

During his speech, the FIAS leader told those present that this year, despite numerous restrictions caused by the COVID-19 pandemic, the International Sambo Federation managed to hold all continental championships, as well as a number of international tournaments. The first FIAS President’s Cup was organized in St. Petersburg, then the first World Beach SAMBO Championship was held in Larnaca (Republic of Cyprus). “I would like to thank the President of the Cyprus SAMBO Federation Marios Andreou for the efforts he made to hold this championship,” Shestakov said.

Then the head of FIAS drew the attention of the members of the Executive Committee to the need to develop the qualification system in the work of the International Sambo Federation. “Today we must focus on increasing the number of clubs involved in SAMBO in the world and the number of clubs, and this system is an effective tool on this path,” emphasized Vasily Shestakov.

In the final part of his speech, the President of the International Federation recalled another significant event that took place in the life of FIAS. “Our federation has returned to the International World Games Association (IWGA), this allows SAMBO to once again become a part of the official program of the World Games for the first time since 1993,” Shestakov concluded.

After that, Sergey Eliseev made a presentation. The FIAS Vice President proposed to introduce a number of innovations into the sports calendar of the International SAMBO Federation in 2022, among them:

- inclusion of the discipline "Combat SAMBO" in the program of the World Youth and Junior Championships;

- inclusion of the discipline "Sports SAMBO among women" in the program of the World Master’s Championships;

- holding on an annual basis the World Cadet’s Championships.

The meeting participants also supported the proposal to hold the first ever International SAMBO Tournament for the Blind and Visually Impaired as part of the World Super Cup "Memorial to the SAMBO Founders" in 2022.

The next issue for consideration by the members of the Executive Committee was the issue of forming a national SAMBO team of refugees. Sergey Eliseev pointed to the rapid changes taking place in the world caused by migration processes, stressing that these categories of persons have no opportunity to represent either their country of origin or their country of residence at SAMBO competitions. “The presence of an official refugee status should be the only criterion for sambists wishing to take part in the competition,” stressed Sergey Eliseev. The FIAS technical commission will deal with the issue of admitting athletes to the competition.

During the meeting, amendments to the international rules and the Charter of the organization were also discussed, the report of the FIAS Medical and Anti-Doping Commission was heard.

In the final part, the participants approved the date and place of the FIAS Congress. The event will take place on November 11 in Tashkent (Uzbekistan), on the eve of the World SAMBO Championships.