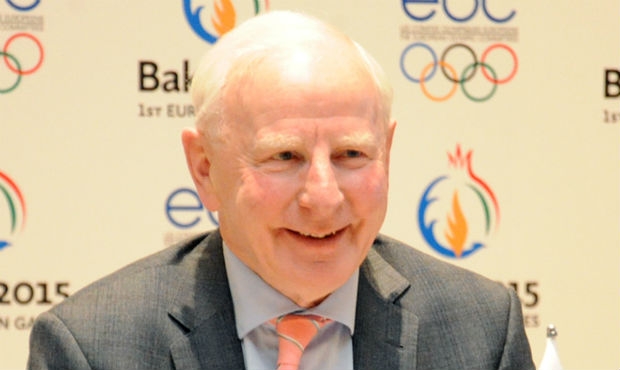 The head of the European Olympic Committees Patrick Hickey visited the morning part of the sambo tournament where he met with the President of FIAS Vasily Shestakov. The head of EOC expressed his admiration for the fact that the fighting on the sambo mats in the arena named after Heydar Aliev looks very bright and spectacular. He noted the huge interest in sambo from the audience and the response and reaction of the audience to the beautiful and exciting bouts.

FIAS’s President Vasily Shestakov said after the meeting: "We are very grateful to Patrick Hickey for his visit to competitions in sambo in the mark of the Games. It's nice that he showed genuine interest in sambo and also noted the brightness of bouts and a huge audience interest in our competition. We will continue to pursue close cooperation between FIAS and EOC. We hope that in the very near future our work to develop sambo in Europe and the world will be appreciated by the EOC and sambo will be recognized by this organization."

Patrick Hickey is also going to visit the final of the tournament which starts in the arena named after Heydar Aliev today at 19:00 Baku time.