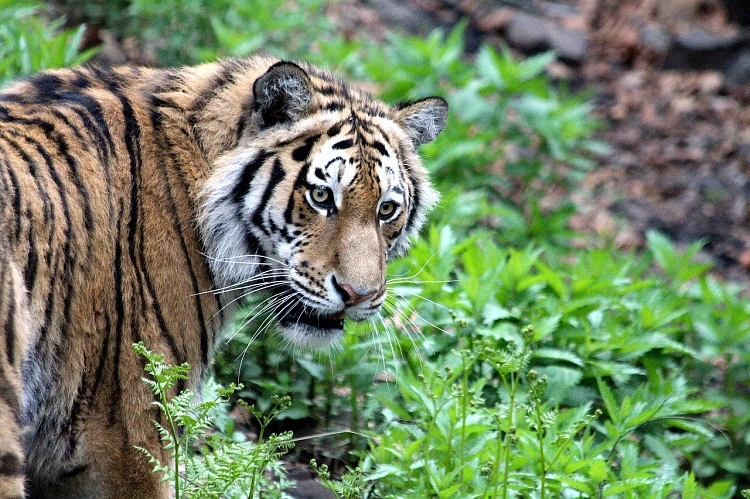 World Environment Day is the most renowned day for environmental action. Since 1974, it has been celebrated every year on 5 June: engaging governments, businesses, celebrities and citizens to focus their efforts on a pressing environmental issue.

In 2020, the theme is biodiversity – a concern that is both urgent and existential. Recent events, from bushfires in Brazil, the United States, and Australia to locust infestations across East Africa – and now, a global disease pandemic – demonstrate the interdependence of humans and the webs of life, in which they exist.

Biodiversity is the variety and variability of life on Earth. Biodiversity is the pillar that allows ecosystems to function. Over millions of years, many different species of plants and animals have come to live in the same habitats. Over time they balance each other and hold the ecosystem together. When a species is removed (biodiversity is reduced) the ecosystem can lose its balance, causing it to break down. While there is a growing recognition that biological diversity is a global asset of tremendous value to future generations, the number of species is being significantly reduced by certain human activities.

The International Sambo Federation recognizes the importance of maintaining balance in the world. On May 5 2015, FIAS and the autonomous non-profit organization "Center for the Study and Conservation of the Amur Tiger" signed a cooperation agreement. The aim of this cooperation is to unite efforts for the development and popularization of sambo as well as for maintaining and increasing the population of the Amur tiger. FIAS President Vasily Shestakov commented on the signing of such an important document: "Sambo is a sport that teaches the ability to stand up for themselves and protect their loved ones. Social responsibility is an important direction of development of modern sambo, social projects are a priority in the strategy of FIAS.”

Biodiversity is important for many reasons and they can be generally divided into two categories: the importance of ecosystems and for us. Loss of biodiversity threatens all, including our health. It has been proven that biodiversity loss could expand zoonoses - diseases transmitted from animals to humans- while, on the other hand, if we keep biodiversity intact, it offers excellent tools to fight against pandemics like those caused by coronaviruses. Diseases are indicators of a bigger problem, fundamentally rooted in biodiversity loss. The emergence of COVID-19 has underscored the fact that, when we destroy biodiversity, we destroy the system that supports human life.

What can affect biodiversity:

When the habitat is fragmented, isolated populations lose genetic diversity, leaving them more vulnerable to changing environmental conditions and with a higher risk of extinction. For example, the rapid decline of sea otter populations, caused by increased predation pressure from killer whales, led to high sea urchin densities causing widespread deforestation of the kelp forests and general loss of biodiversity and ecosystem function.

Many changes have been reported in the distribution of species. In general, many species have expanded their ranges poleward in latitude and upward in elevation. Climate change is expected to cause serious disruptions to Earth’s ecological systems, resulting in an overall loss of biodiversity and a reduction in the goods and services provided to humans.

International trade is a major pathway to the introduction of invasive species. Invasive species can have complex ecological impacts on the regions of invasion, such as habitat modification, compete with native species for resources, predation of native species, herbivory on native plants, bring in pathogens.

The world’s leading scientists warned that nature is being destroyed at a rate up to hundreds of times higher than the average for the previous 10 million years, due to human activity.

At the beginning of the year, UN outlines 2030 goals to save the planet’s biodiversity. UN draft plan sets 2030 target to avert Earth's sixth mass extinction.

In January was expected that the plan should be adopted by governments in October 2020 at a crucial UN summit in the Chinese city of Kunming.

For sure, the biggest impact on solving environmental issues depends on governments legislation, development of nature preserves, reducing invasive species, habitat restoration, from scientists with their researches, captive breeding and seed banks.

But we should remember that there are things we also can do:

• To help and protect the bees. Bees pollinate nearly 90% of plant species and they contribute to more than 35% of the world’s food supply.

• Support local nature – plant original flowers, fruits and vegetables and protect natural habitats. Small steps like keeping to walking paths, and not stepping through flowers or crops, can help protect what is growing there.

• Reducing your carbon footprint by taking the bus, walking or biking can also help.

• Reducing the amount of water you use, by having a quick shower or not running the water when brush the teeth or washing up the dishes, can help protect vital wetlands.

• Reduce, reuse and recycle. Taking as an example of a circular economy with a system of resources utilization where reduction, reuse and recycling of elements prevails. Recycling lessens pollution by decreasing energy, electricity, and water consumption and the need for landfills.

• Support local businesses and farmers. Farmers can grow more food on the same amount of land and take the pressure off the need to convert natural habitats into farmland.

• Discover and learn more by visiting parks and botanical gardens. Botanical gardens are great for biodiversity conservation, as scientists can store, study and grow plants in their native habitats.

• Become a good example. In self-education, you can share your knowledge with other people about the importance of biodiversity conservation increases public awareness of the issue. As public awareness increases, people become more involved in caring about their environment.

That would not be right to pretend that we can go back to normal in terms of links to nature, biodiversity and respect to Earth. We have to become greener, more focused on biodiversity and more respectful of nature, ourselves and to each other.